In the forest between the villages of Trzciano Nowe and Lipowy Most a group of refugees from the Białystok ghetto was hiding – seven men aged about 30 and a woman around 20. They were hiding there from Summer to late Autumn. During this time, the local people provided them with food. When the first snow fell, the gamekeeper informed the forester about suspicious tracks on the snow. „A special unit of a military police from Konopna Góra had set an ambush in the forest and all the Jews were murdered. They were ordered to take off the clothes, lie face down in a row along the road and were shot in the back of the head” (pages of the file of the former Regional Commission for the Examination of German Crimes in Białystok). The bodies were buried at the place of execution, where they remain to this day.

The place is marked by the local people with a plaque describing the number of victims, their place of origin and the month and the year of execution.

On February 20, 2018 the site inspection was carried out in the presence of a witness, in order to locate the mass grave of seven victims who according to the witness were  murdered and buried in February 1944. The witness precisely indicated the place of burial (GPS: N53°13.631′ E023°32.182′), which was marked by the local people with a plaque describing the number of victims, their place of origin and the month and the year of execution.

The size of the topographical relief confirms numerous disturbances in the area indicated by the witness, which makes it difficult to precisely determine the disturbance related to the grave.

GPR surveys in this location are planned for the spring of 2021. 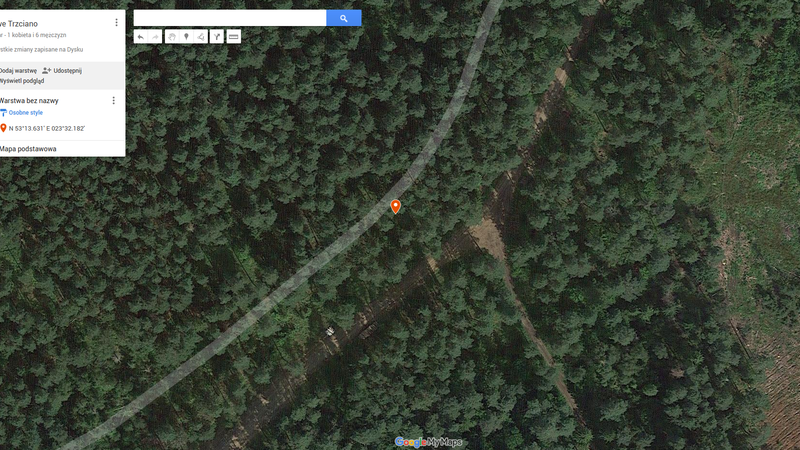 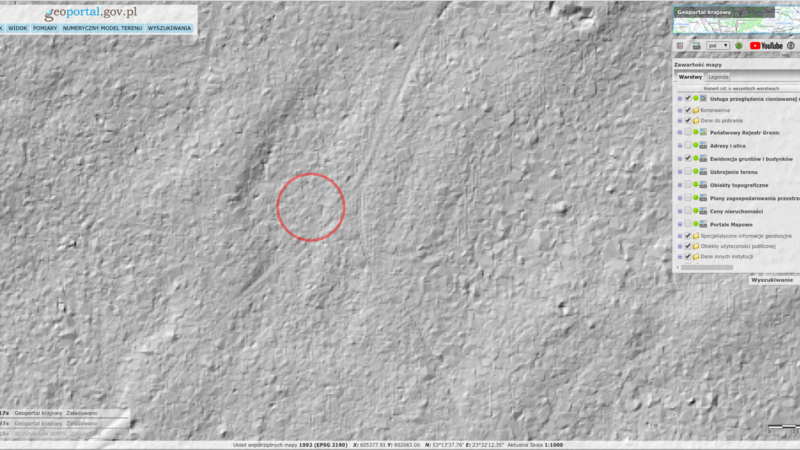 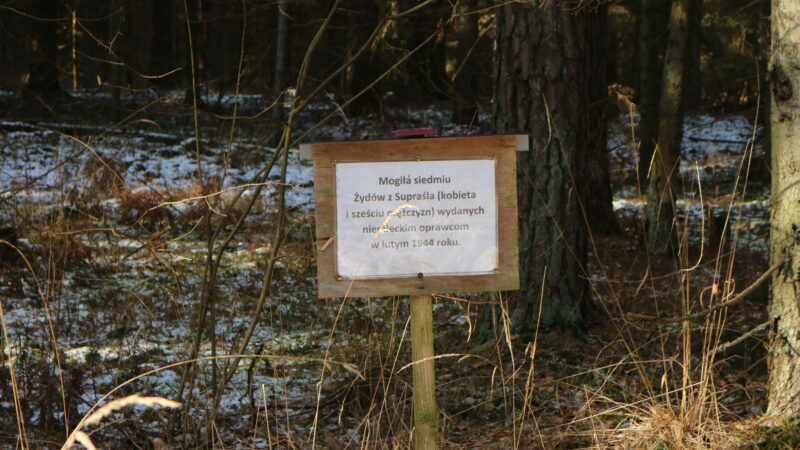 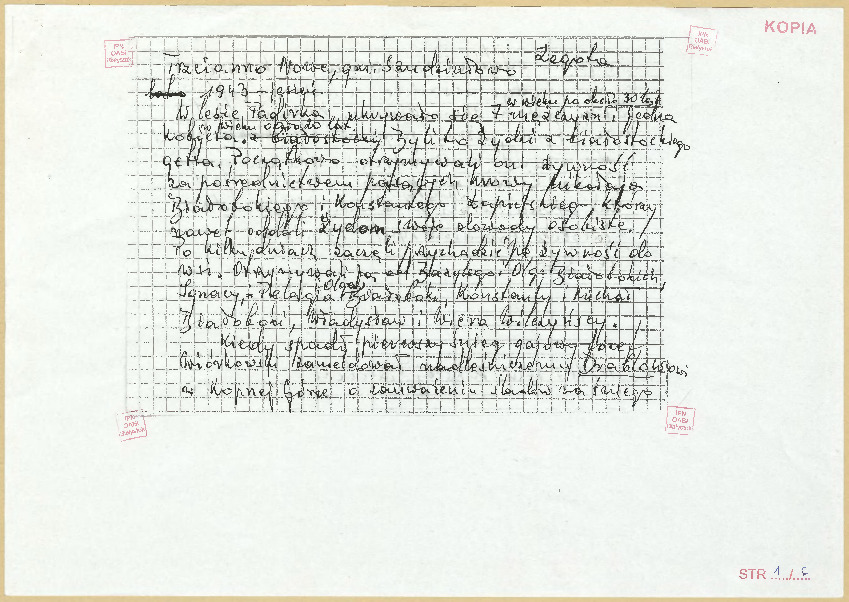 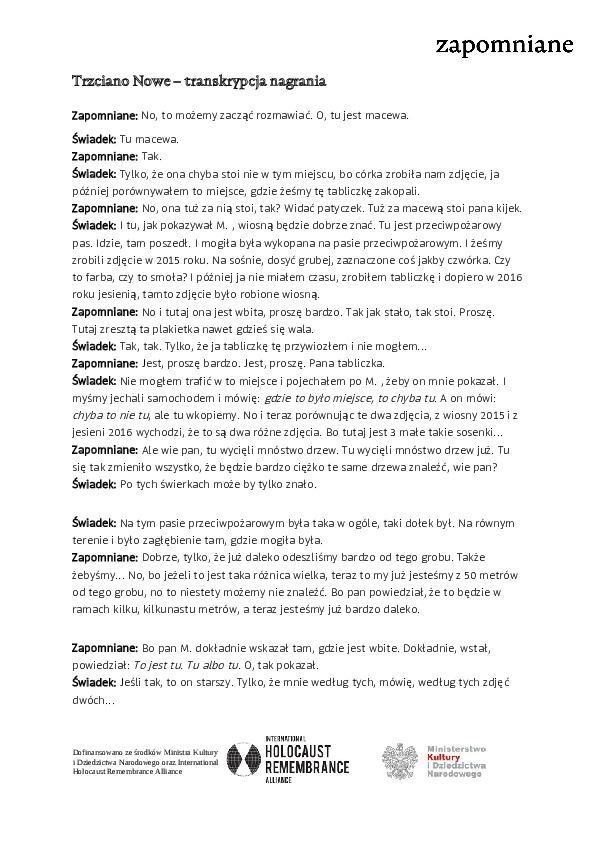 We are still looking for information on the identity of the victims and the location of Jewish graves in Trzciano Nowe. If you know something more, write to us at the following address: fundacjazapomniane@gmail.com.

File of the former Regional Commission for the Examination of German Crimes in Białystok – Mikołaj Wilczyński’s account of Jewish war graves in Trzciano Nowe, photographic documentation of the site inspection of the place, plan of the described place.