The Jewish cemetery in Szczuczyn;

On 22 February 2017 we conducted a research with a ground-penetrating radar on the Jewish cemetery on Grunwaldzka Street in Szczuczyn – in the place where a grave of the Holocaust victims was meant to be located as pointed out by a resident of Szczuczyn.

An 85-year-old resident of the borough of Szczuczyn: “One [grave] was small. If they caught someone, they brought them where the monument is [now]. Behind the monument there is a small hole. The large [grave], the main one, is in the middle [of the cemetery.] That night they were killing them… [14 July 1941.] We couldn’t sleep at night.” (The borough of Szczuczyn, 25 August 2016.)

An 84-year-old resident of the borough of Szczuczyn: “Come on, what a scream it was! God save me! [They were grabbing them] by the legs and [hitting] the wall, the children… They were hitting them in the head with a truncheon – and to the ditch. They are standing by the ditch and falling one over another.” (Szczuczyn, 25 August 2016.)

The murder of a large group of Jews on the Jewish cemetery in the early July 1941 has been also remembered by Barbara K.-R. who was born in 1920 in Szczuczyn and was imprisoned in the ghetto. After its liquidation she was hiding in the nearby villages: “A week before the ghetto was created [on 20 July 1941] Polish caretakers ushered everyone out, apparently to clear grass, not allowing anyone to stay in. They were ushered to the cemetery. Only women and several men were left. On the next day 100 men were found in a common grave. Among the murdered were: a son of Jona Lewinowicz, Panisz with his son Meir, Jeszaja Kokoszko, Malkiel Lipsztejn and others.” (Wokół Jedwabnego, vol. II, 2002, p. 341)

According to the account quoted below, there are more mass graves on this cemetery: “[…] In the evening the former mayor of our village, Zyskowski Józef came and ordered me to take a spade and go to the Jewish cemetery […]. All the residents of our village went […], 30 people altogether. When we got to the cemetery we were met by Gardocki Antoni […], Kacprowski […] and Pieńkowski […]. The latter was holding a gun. They ordered us to dig [three ditches.] The Jews were already brought to the cemetery, sitting around, about 2000 of them, surrounded and guarded by Poles.” More or less a week later “[I went] with a spade to the Jewish cemetery, over 20 people went there from the Skaje village. We were met by Zakrzewski, I don’t know his first name, a former photographer from Szczuczyn, and told us to cover the grave full of bodies of Jewish people. We covered it and went back home. Two or three days later they brought murdered Jews in the night on carts from Szczuczyn. The ditches had already been dug and we only had to take the corpses from the carts and throw [into the ditches.] Around 15 carts came then, on each of them two, three or more corpses. I saw Poles bringing the corpses.” (Wokół Jedwabnego, vol. I, p. 175)

Present day accounts also confirm it: “Do you think it was only one [ditch]?! They were bringing them from around the world, day and night, it didn’t matter. Small babies, naked, without clothes or anything. My God! [They grabbed them] by a leg or an arm – and against the wall! […] Ditches were filled, it was terrible.” (An 84-year-old resident of the borough of Szczuczyn, 25 August 2016.)

“On 12 July [1941] the German Field Headquarters in Łomża passed a message based on the field military police’s report that from Monday 7 July, i.e. within the last week, Poles in Kolno and Szczuczyn conducted pogroms of Jews – in the former village 30 people were killed and in the latter on 300-400.” (Wokół Jedwabnego, vol. I, 2002, p. 466)

No LIDAR surveys were conducted.

An aerial pictures query was conducted, resulting in obtaining two pictures from the 2nd of September 1944 and a war photograph without the date. Both photographs recorded a large size ground disturbance along the eastern border of the cemetery, as well as the infrastructure of trenches at the eastern and southern borders. In addition, a well visible pre-funeral house located on the east side. Two ground disturbances in the southwest corner of the cemetery plot and behind the pre-funeral house in the north direction can be also observed. 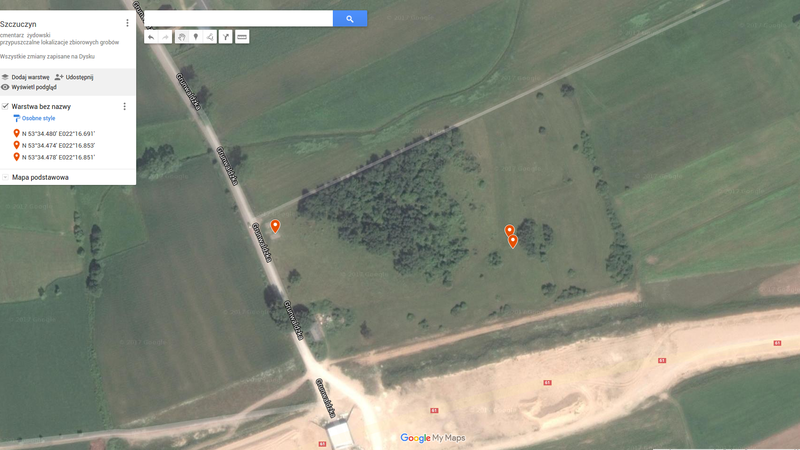 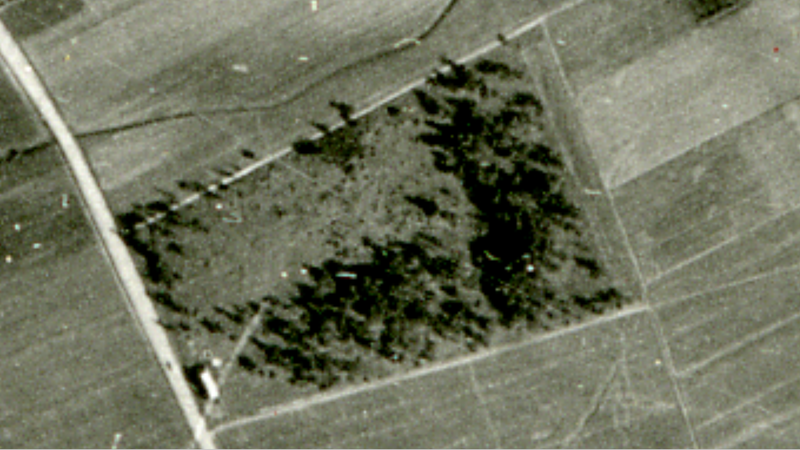 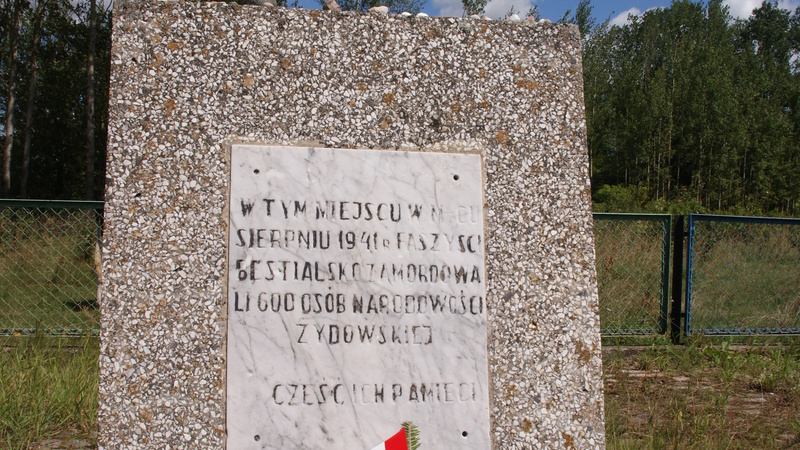 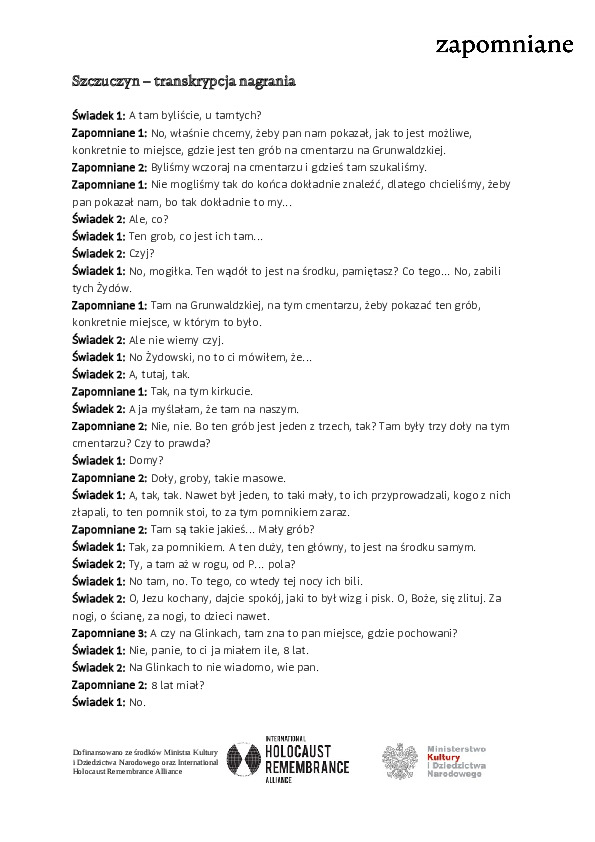 We are still looking for information on the identity of the victims and the location of Jewish graves in Szczuczyn. If you know something more, write to us at the following address: fundacjazapomniane@gmail.com.