A field by the river

In October 1943 the military police and the German police units murdered 46 people from Szczebrzeszyn. Their bodies were buried in a field in a mass grave measuring 7 metres by 4 metres. (IPN GK 163/19 art. 154)

This fact has been confirmed by an account of a resident of Sułów (born in 1928): “They were brought here but I don’t know  from where. They were brought in carts. Six carts. There was a hill and on that hill [they were killed.] There were families. One large scream, really. And they had to dig a ditch for themselves. They were all [buried] in one ditch. There was massive crying. In was autumn. They were placed alongside the grave and shot with an automatic gun. I heard that they were Jews from Deszkowice.” (Sułów, 5 May 2015.) 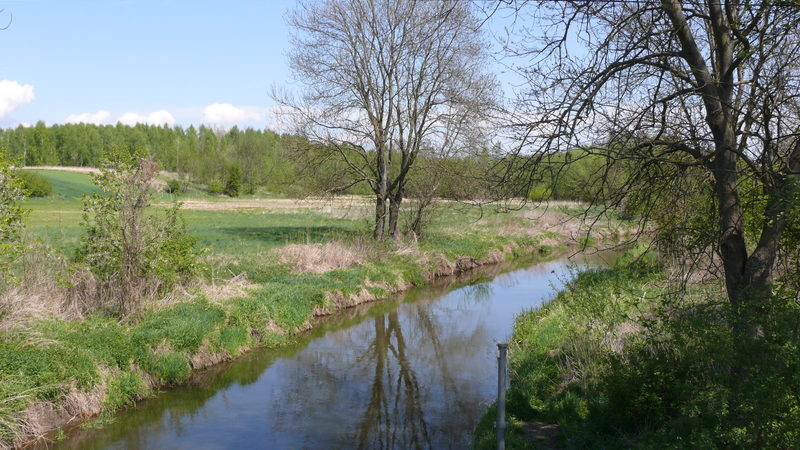 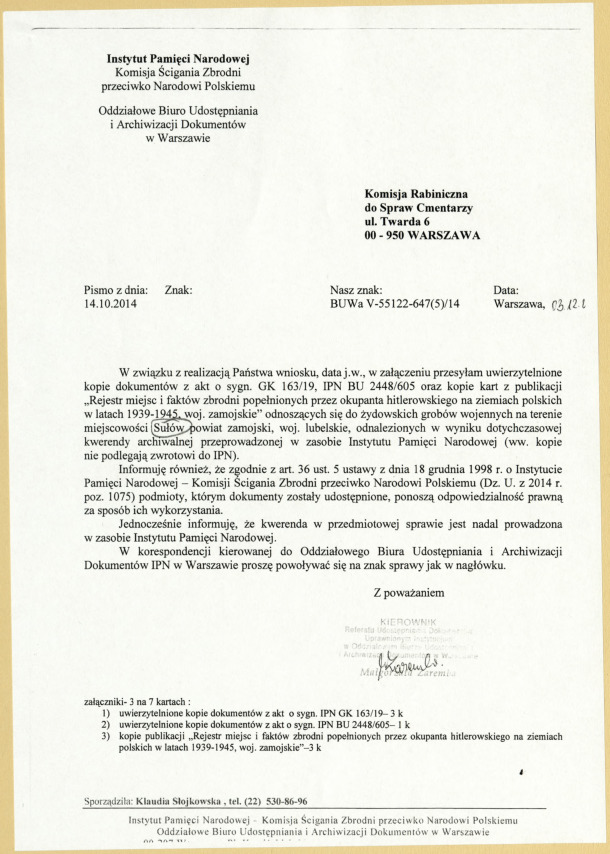 We are still looking for information on the identity of the victims and the location of Jewish graves in Sułów. If you know something more, write to us at the following address: fundacjazapomniane@gmail.com.

IPN BU 2448/605, p.379, Questionnaires of the Chief Commission for the Examination of German Crimes in Poland