A Jewish man who avoided the deportation and was hiding in a flat was shot on the square and buried on a Jewish cemetery.

The Jewish cemetery in Stopnica.

Piotr R.’s statement pertaining to the murder of 100 Jews from Stopnica and Szydłów on the co-called Ratajskie Błonia near Słupia:
“On the so-called Ratajskie Błonia near Słupia approx. 1000 Jews were gathered: men, women and children who lived in Staszów and Stopnica. Those Jews were transported in carts which local farmers were ordered to provide. On these Ratajskie Błonia approx. 100 people (including women and children) were tortured and shot. The rest were taken to Szczucin and driven away in an unknown direction. After removing the Jews, SS-men went back to Stopnica to search for any remaining Jews. They found one man who hid in a flat of another Jew who had been taken away. He was taken to the square and shot there. His body was taken by a Jewish policemen and buried on the local Jewish cemetery. Also a baby was found. It was a child of the Getner family who had been taken away and who was personally known to the witness. The parents left the baby – the fact that was missed by the SS-men – hoping someone would take care of it. One of the SS-men found the baby, shot it and threw the body out of the window.” (IPN BU 2448/321, p.11)

On 8 October 1942 during the liquidation of the ghetto in Stopnica approx. 400 Jews were murdered. Their bodies were buried on the Jewish cemetery. “After some time a mobile crematorium was brought in and the mass graves were uncovered. After this operation freshly dug soil and burned bodies were observed.” (IPN BU 2448/321, p. 4)

A year later, in the autumn of 1943, while transporting a group of Jews from Stopnica to Pacanów Germans shot to death an unknown number of people, mostly elderly. Local people gathered bodies from the road and buried them on the Jewish cemetery in Stopnica. (A thematic index of the ex- GKBZHwP, p. 1.)

The LIDAR survey indicated the affected places along the eastern border and in the central part of the cemetery plot.

Aerial photography from the 19th of January1945 was obtained. 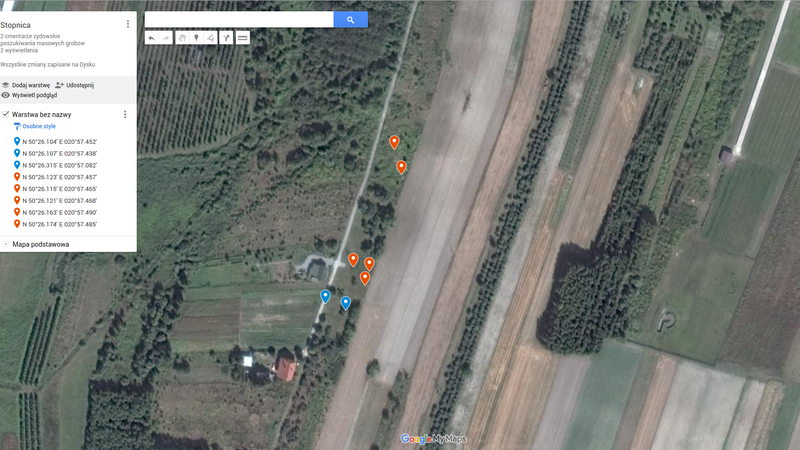 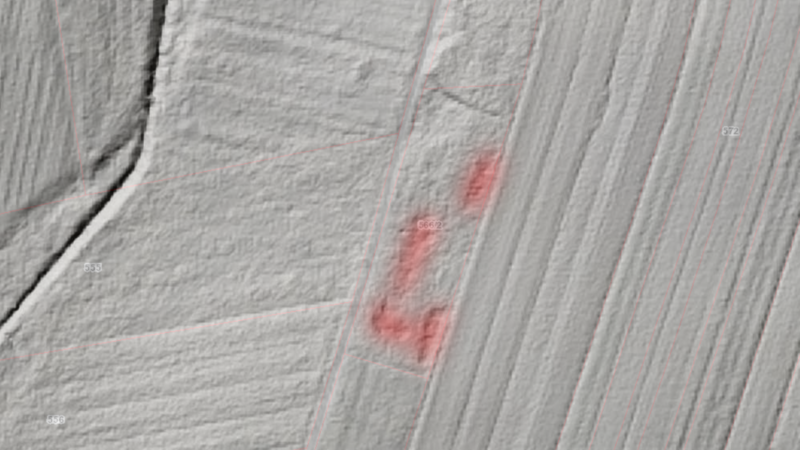 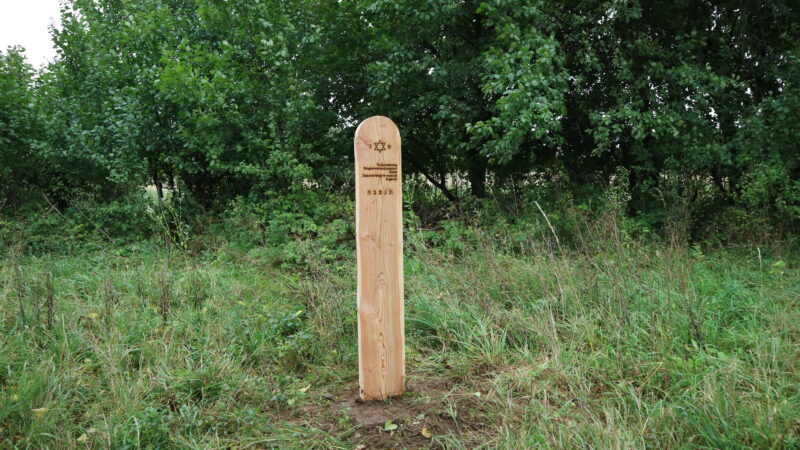 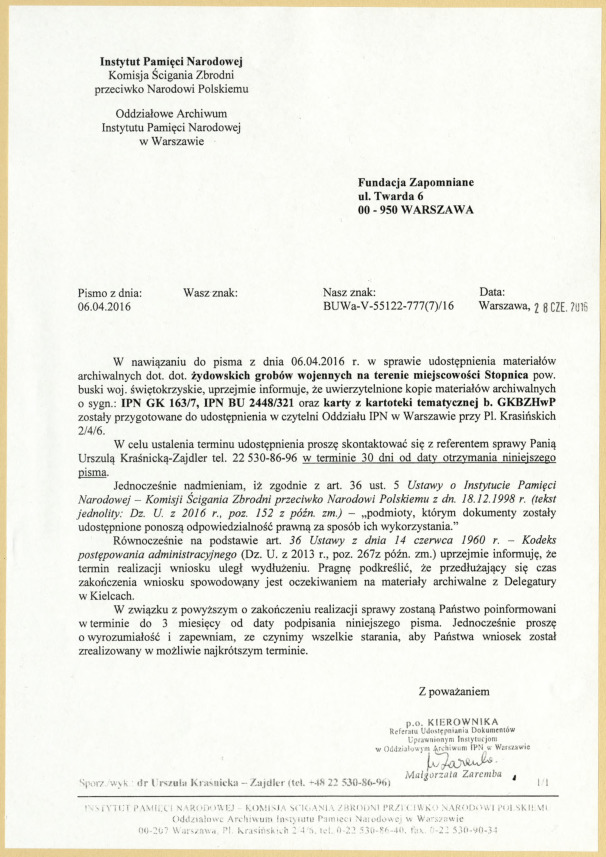 We are still looking for information on the identity of the victims and the location of Jewish graves in Stopnica. If you know something more, write to us at the following address: fundacjazapomniane@gmail.com.

Cards from the thematic file of the former Chief Commission for the Examination of German Crimes in Poland.