The Jewish cemetery in Siemiatycze – probably the western part of the cemetery.

The ghetto in Siemiatycze covered an area of approx. 12 acres. It was created in 1942 and liquidated in the early November of the same year. It is estimated that approx. 5000 people on average were housed there at any point while altogether 7000 people lived in the ghetto during its time. During the time the ghetto was operating murders of Jews who were imprisoned there happened regularly. Their bodies were buried on the Jewish cemetery. In 1942-1944 approx. 200 Jews from the ghetto in Siemiatycze were shot. Their bodies were buried on the so-called “grave range”. One of the mass graves was meant to be 15 metres long and 1.5 metre wide.

Nevertheless, the current residents of Siemiatycze claim that mass graves of the Holocaust victims are meant to be located in the western part of the cemetery, in the area occupied at present by the Polish Automobile and Motorcycle Association.

A chapter from the thematic catalogue by the Chief Commission for the Examination of German Crimes in Poland mentions a murder of 50 Jews from the ghetto who were killed by the Gestapo and the German police in 1942-1944. Bodies of the victims were buried in one grave measuring 8 metres by 1.5 metres on the corner of Wysoka Street and Koszarowa Street in Siemiatycze.

On the first of June 2015 a survey in the Jewish cemetery was carried out. The research took place in the area where human remains would be found (GPS: N52°25.582’E022°52.354′). The results of GPR survey confirmed the presence of numerous ground disturbances in this location, which may indicate a single and mass grave.

The aerial photography query was conducted for this area, resulting in a war photography (unknown date). Precise interpretation of aerial photography is difficult due to the bad quality of the photo. The picture is characterized by a relatively dark shade, as well as a small accuracy for the area of the Jewish cemetery. 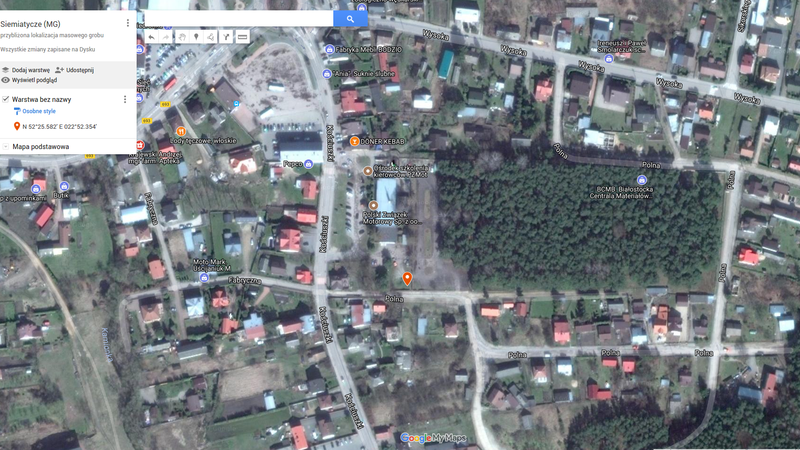 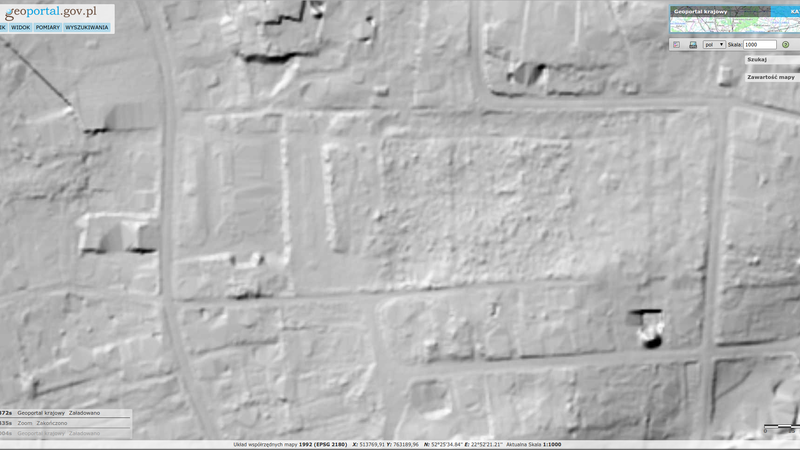 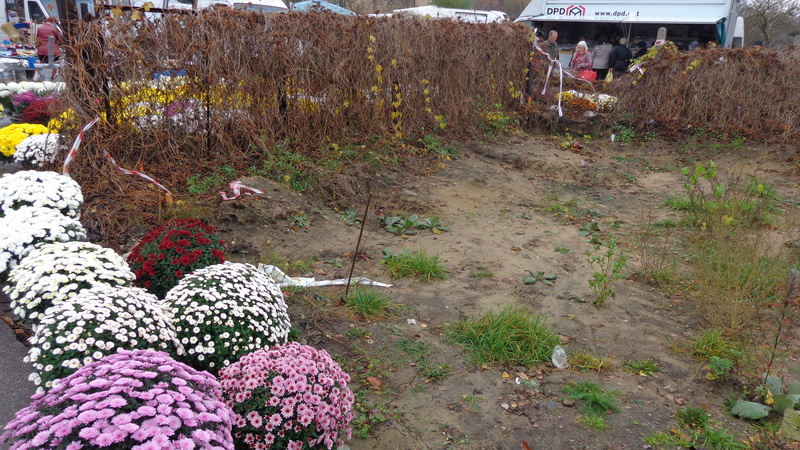 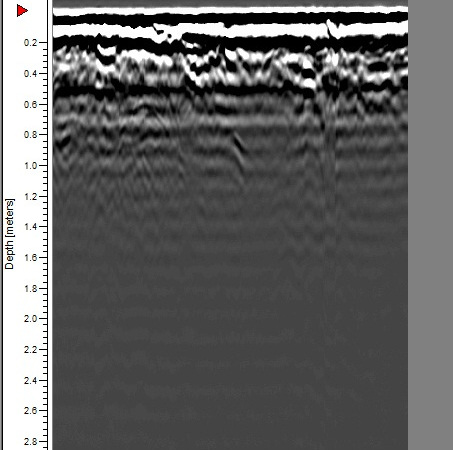 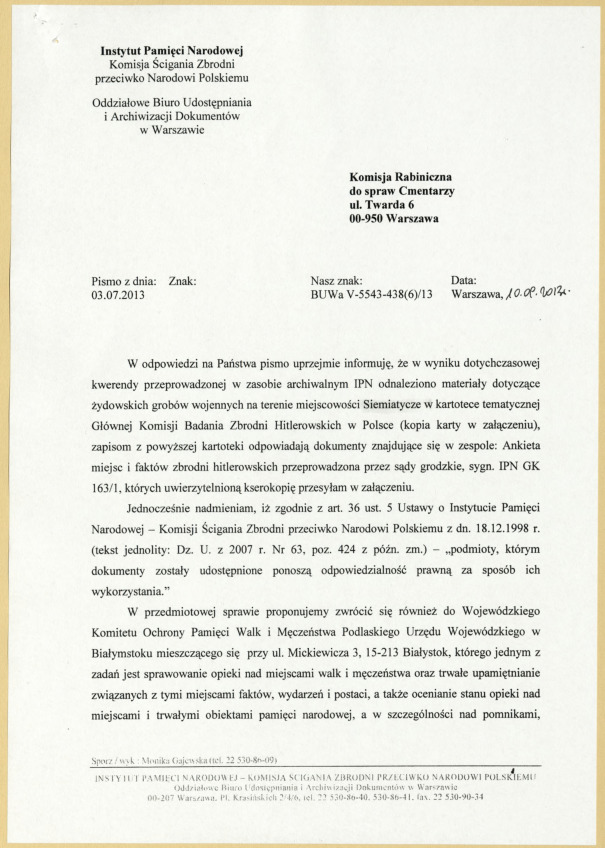 We are still looking for information on the identity of the victims and the location of Jewish graves in Siemiatycze. If you know something more, write to us at the following address: fundacjazapomniane@gmail.com.

IPN GK 163/1, Questionnaire of the places and facts of German crimes, conducted by the town courts under the direction of the Chief Commission for the Examination of German Crimes in Poland 1945, Questionnaire about mass executions and mass graves, białostockie province.

Card from thematic file of the Chief Commission for the Examination of German Crimes in Poland.