The Register of Killing Sites and Crimes from the former tarnowskie voivodeship (Warsaw, 1984) records the following events in Radomyśl Wielki:

Jan Ziobroń, the late local historian, also devoted great attention to the extermination of the Jewish community in Radomyś. In the Bulletin of the Radomyśl Friends Society from 1989, he writes:

„The terror of the Germans against the Jews was increasing more and more. In April 1942, the communists were dealt with, in particular with their leader Chaskel Ajzland, who was brutally murdered. Every visit of the Gestapo from Mielec brought new victims. This is how Wigor Pinczewski, Pinkas Gross and Michael Wajsfisha died. The final extermination of the Jewish population in Radomyśl took place on July 19, 1942. On this tragic Sunday the city was surrounded by SS and blue police uits. All the Jews were ordered to report at 7 a.m to the market square with all their property. Elderly people as well as the sick and children were separated and sent to be shot. The rest, who were able to work, were loaded onto carts and taken to the ghetto in Dębica. Early in the morning, six Jews were ordered to prepare two large graves for the people selected for execution. In return, they were promised to save their lives and to be moved to Dębica ghetto. Apart from digging the graves, they were supposed to lay the dead and cover them with lime. After a selection in the market square, during which a few people were killed, about 550 Jews were transported in 20 carts to the cemetery. Here, above the previously dug graves, two Germans were waiting for them. After undressing, the victims approached the grave in pairs, knelt in front of it, and the Gestapo shot them in the back of the head from close distance. Then the victims fell into the grave. The execution lasted from morning until late evening hours.” (the resources of the Monuments Documentation Department of the Jewish Historical Institute in Warsaw)

In the letter read out during the ceremony at the Jewish cemetery in Radomyśl on August 23, 1987, Jan Ziobroń returns to the fate of six Jews who were promised to save their lives in exchange for help in carrying out the execution: „Reports about the execution could be heard from the survivors: Chaim Bizgajer, owner of the tobacco shop at Targowa Street and Jewish gravedigger . He was the last victim to be shot on that day. At the end of the execution, the drunk Germans shot their victims lighting up their targets with an electric flashlight. The last of the convicts – the gravedigger – was hit in his hand held next to his head. He lost consciousness and was buried alive. At night, after he regained consciousness, he dug out of the grave and came to the closest house of Mr. Szczęszoł – his Polish friend. He lived for another 7 months, hiding in Dąbie with Wojciech Grzech. Then he was discovered by the policemen and shot together with other companions and the Polish man, who gave them shelter.” (the resources of the Monuments Documentation Department of the Jewish Historical Institute in Warsaw)

The LiDAR survey suggests a clearly disturbed area in the northern part of the cemetery.

GPR research for this area is planned for 2012.

The aerial photography query for this area is ongoing. 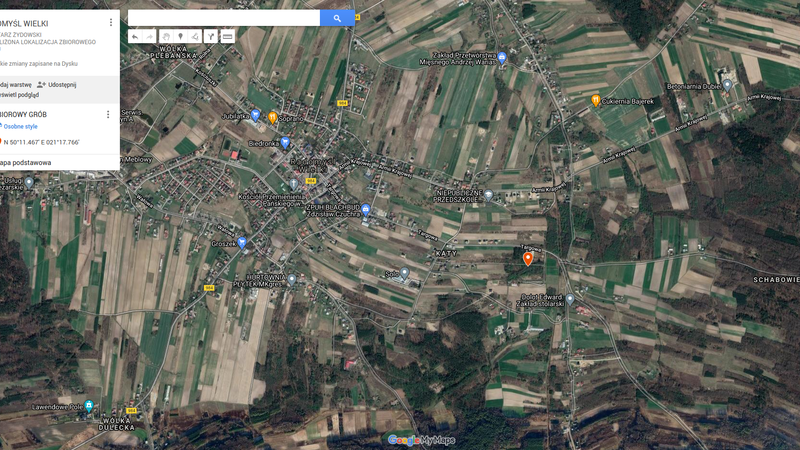 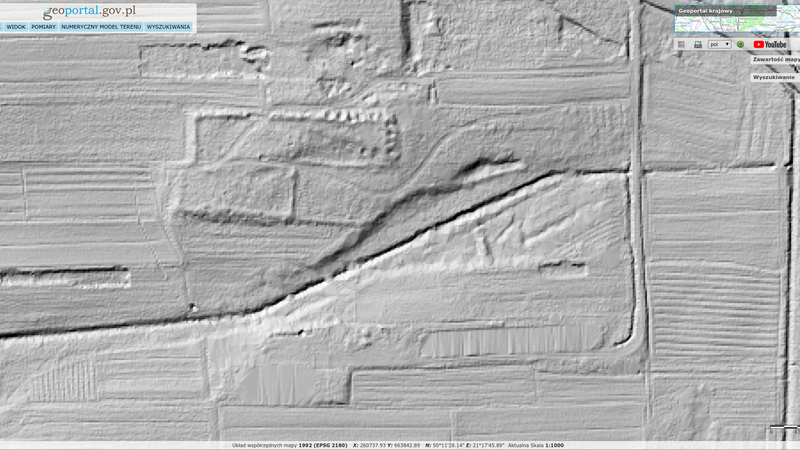 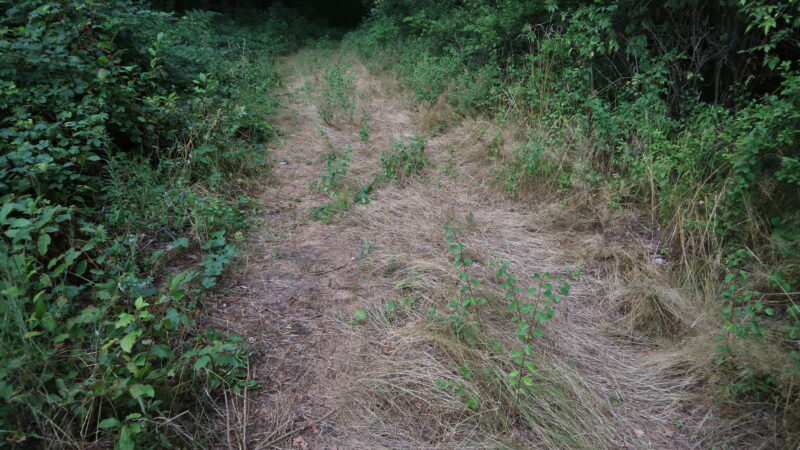 We are still looking for information on the identity of the victims and the location of Jewish graves in Radomyś Wielki. If you know something more, write to us at the following address: fundacjazapomniane@gmail.com.

The Register of Killing Sites and Crimes committed by the Germans in Poland between 1939 and 1945. Tarnowskie voivodeship. Warsaw 1984

Testimonies of surviving Jews, the account of Berta Lichtig 301/1103 AŻih