A grave of approximately 12 people murdered probably in December 1942 and buried in a common grave in a woodland gorge (the so-called Second Pits). A single grave on the so-called Bojtek Range, autumn 1942.

The existence of unmarked graves of Jewish victims of the Holocaust was brought to our attention by Mr Stanisław Zybała (born in 1930), a local resident whose letter sent on the 6 of October 2010 to the Jewish Religious Community in Lublin was passed on to the Rabbinic Commission for the Cemeteries. A map of Radecznica drawn by Mr Zybała was attached to the letter – it pointed out the sites of burial of the murdered Jews. Mr Zybała described the following events in his letter and during his two meetings with us:

“The first pogrom. Here [in the letter] I didn’t include it because Wulwa Mantel was killed here. Here, as it was common in 1939 between the Bolsheviks and the Nazis, was a kind of anarchy. And there were pogroms, in every town and village. The pogrom in Żółkiewka I described in detail but there was one in Radecznica as well. […] As it’s customary in such anarchy, some folks went through Zaporze and Radecznica shooting at houses. They were looking for the keys to the church in Jewish homes. It was just propaganda. And one of them was taken. I remember when I was told about it, I was 9 years old then. The taken man was called Wulwa.” (Radecznica, 28 July 2013.)

A grave of approximately 12 people murdered probably in December 1942 and buried in a common grave in a woodland gorge (the so-called Second Pits):

“I was going then with my friend, my neighbour, to get Christmas trees. It was just before Christmas 1942. Apparently, 12 people were hiding in the Second Pits. There was a dug-out about the size of a half of our room. Twelve people were hiding there. In Turobin there was a Schupo, they were called “the death squad”. […] They did cleansing, murdering everyone: Catholics, Jews. Schupo came to Latyczyn, to the mayor and someone sent a guide with them to point [the place] out. The death squad came to the colony in Latyczyn, stopped at some point and then continued on foot through the mountain, through the forest to the Second Pits. And they shot those people there. They called them out from the dug-out and shot them and then they went back to Latyczyn, to the mayor, and ordered him to send people to bury the bodies. Stach and I didn’t hear the shots, the actual murdering. When we came we were in the bushes looking for small trees and then we heard a noise, a conversation. We stopped in one place to observe what was happening. [There was] movement, walking, conversation, some kind of mumbling etc. Stach and I were standing… We knew that Jews were hiding somewhere in the Second Pits. It must have meant that someone murdered the Jews and they sent people… We knew from experience that undertakers were always sent to bury people. They must have come and they would do the burial. And that was true, the mayor sent people from Latyczyn and they buried [them]. […] They were Jews from Radecznica. My neighbour Raźla, I have a souvenir from her, a sculpture. Raźla was a beautiful girl. She was apparently killed then [in the Second Pits]. I went there often, later with my wife too. We went there to contemplate the old times. I think we lit a candle at some point. Being emotional, I even made a vertical and horizontal sign [of a cross]. […] It was December, right before Christmas 1942. Christmas is on the 25th [of December] so we were there on the 23rd, maybe 22nd to get those Christmas trees. It was then when we saw it with my neighbour Stach.” (Radecznica, 28 July 2013.)

A single grave on the Bojtek Range, autumn 1942:

The site of the burial is unknown.

On the 2nd of September 2016 the grave was commemorated. The March of Remembrance and the prayer at the grave of the Holocaust victims were organized. Prior to the ceremony we gave a speech to the students in which we told them about our work and about the importance of remembrance. The ceremony was co-organised by the Rabbinic Commission for Cemeteries, The Matzevah Foundation, local authorities and the teachers and pupils from the primary and secondary school in Radecznica. That way the murdered Jews received a tombstone and their remains have been safeguarded. We hope that through this ceremony we managed to bring back the memory of those victims who – until now – were nameless.

The LIDAR survey is not helping in this case 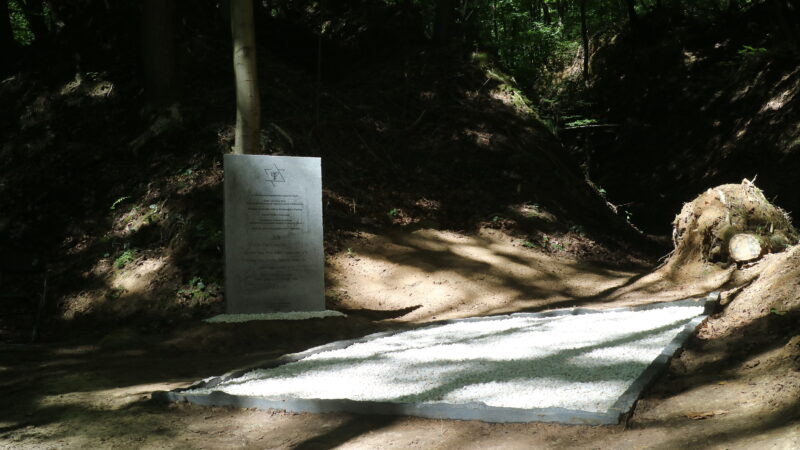 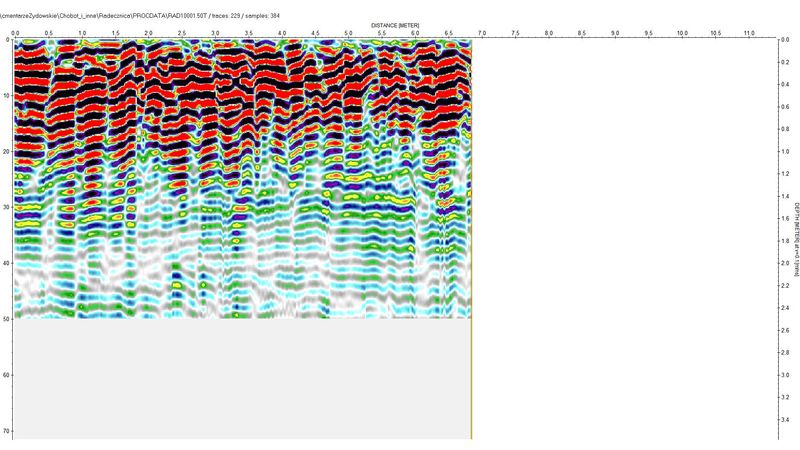 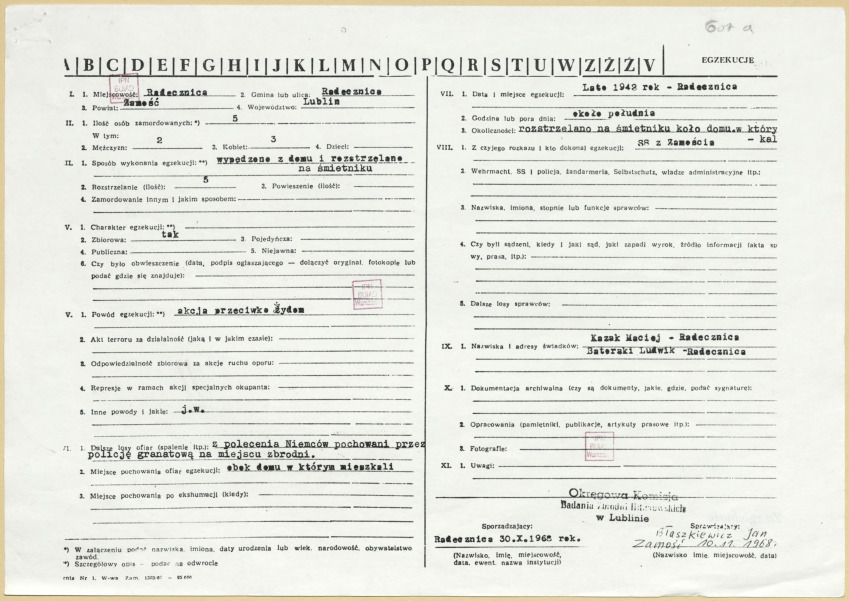