In the autumn of 2021, at the invitation of the village administrator of Przegaliny Małe, we carried out a site inspection of the grave of two Jewish girls. The only thing that is known about them is that they were about 16-18 years old. They were captured by unknown perpetrators who immediately alerted the Germans who stationed in Komarówka Podlaska about this fact.

“I know this story from an old man, who is no longer alive. He lived there, in a forest. He told me that they brought two teenage girls, about 16-18 years old to his house. They were exhausted, hungry and dirty. He wanted to give them food and drink, but those who brought them shouted that it’s not allowed. They brought them here and then went outside. One was watching them, and the other went to Komarówka. The gestapo was stationed there. They came on bicycles. One of them was an officer. They came here. The old man who told me this story gave them some sandwiches, tea, and so on. He fed them. He told the girls to be quiet, so there would be no problems, but they hardly said anything. These young girls were exhausted. Finally the gestapo arrived they came here. They ordered the girls to hold hands and walk along the path. I will show you this path. This old man showed it to me. Now everything is overgrown there, nobody walks that way anymore, but I remember where it is. The girls were walking ahead and the two Germans were walking at the back. Then these men came back and told the man who told me this story to take a spade and bury the bodies. They threatened that if he said anything, he would be lying next to them. They didn’t leave until he dug that hole. When he buried them, he folded their hands and put them face down on the ground so that the ground wouldn’t fall on their faces. That’s what he told me. That’s how I remember it.” (Przegaliny Małe, 19 September 2021)

Historical documents record the following events in the village of ​​Przegaliny Małe:

–       In the autumn of 1941, 3 people were murdered in Przegaliny and the fourth one was shot: “As a result of denunciation by an employee of the German administration (name unknown), the Gestapo executed 4 Jews: Jośka, relocated to in Przegaliny and 3 members of the Bucias family (father with three sons), grain traders from Wohyń. The youngest of the Bucias was shot in the jaw and he was taken from the place of execution by the local village leader “

–       In the autumn of 1941, the Ukrainians murdered four Jews “employed” in the manor in Przegaliny. “In the years 1941-1942, about 15 people of Jewish origin worked in the manor in Przegaliny. The Ukrainians who were in the occupant’s service supervised the Jews. They abused and beat them. In the fall of 1941, after drinking a considerable amount of alcohol, they executed several Jews who tried to hide in a pile of grain. On the orders of the Ukrainians, a farm worker took the bodies of the murdered to the forest, and buried them in a common grave. The rest of the Jews were probably murdered in the winter of 1942, after the defeat of the Germans on the Eastern Front.” (IPN Bu 2448/595)

The resources of the Yad Vashem Institute mention a man named Bucia Chudy, born in 1891 in Wohyń. He was a farmer married to Chana née Weiland, born in 1892. Przegaliny Małe was indicated as the place of their death. In the same archive there is information about their son Mosze, born in 1917, who also died in Przegaliny Małe. Like his father, he was a farmer. He was a bachelor at the time of his death. Further queries will answer the question whether they were the same people as the above-mentioned Bucia with three sons.

On June 23, 2022, surveys were carried out using the MALA X3M georadar (500 Mhz) in the place indicated by the witness as the location of the grave of 2 victims. 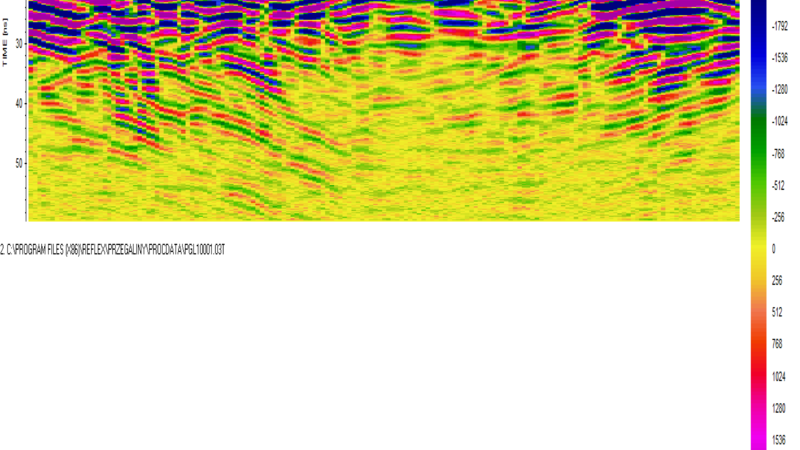 We are still looking for information on the identity of the victims and the location of Jewish graves in Przegaliny Małe. If you know something more, write to us at the following address: fundacjazapomniane@gmail.com.