A forest near the village of Pikule (a dug-out.)

On 19 August 2015 we conducted a site inspection of a Jewish grave in a forest near the village of Pikule. A resident of Janów Lubelski who learned this story from a now deceased resident of Pikule, showed as the location of the grave. Eleven Jews from Moliborzyce were meant to be hiding in a dug-out in the forest. They were killed in the second half of 1942 and their bodies rest in the dug-out to this day. “It was here. The man who told me [about it] brought me here. I took a spade to see if he was telling the truth. He said that [the hiding Jews] had iron stoves. I dug out the stoves and also a bone so I made sure it was here… They were killed here. They were rich Jews. There were 11 of them but 7 are here [in this grave] for sure. […] They lived in the dug-out and they were killed in the dug-out. Seven of them for sure but eleven were hiding. They were Jews from Moliborzyce, very rich tailors. He [a friend of our interlocutor] knew them, he was bringing them food.” (Pikule, 19 August 2015.)

A memorial ceremony was held on November 4, 2022 in Pikule. Next to our wooden matzevot, a stone matzevah and a plate containg the historical information were placed. Thanks to the cooperation with landscape architect Natalia Budnik we marked the location of the dugout/burial with plants so that it fits into the local landscape. The ceremony was attended by its co-organizers, the Regional Museum in Janów Lubelski, the Janów Lubelski Forest Inspectorate, as well as the local authorities of Janów Lubelski and neighboring communes, representatives of the clergy, including Rabbi Yehoshua Ellis and the Bishop Mieczysław Cisło, youth from the 1st High School in Janów Lubelski, representatives of Jewish organizations, local inhabitants.

The commemoration was carried out as part of the “Negotiating Difficult Pasts” project, thanks to the support of the European Commission under the program The Citizens, Equality, Rights and Values (CERV). We would like to thank our partners FestivALT & Urban Memory Foundation for their help and support in the implementation of the event.

On October 3, 2022, tests were carried out using the MALA X3M georadar (500 Mhz) in the place indicated by the witness as the hiding place and the place where the victims were buried. 3 georadar profiles named: PIK10001-PIK10003 were made, on which a clear set of anomalies from the sinkhole visible in the area, which is the remnant of a dugout, was registered.

The LIDAR survey indicates the hill on which the collapsed hideout and mass grave are located. 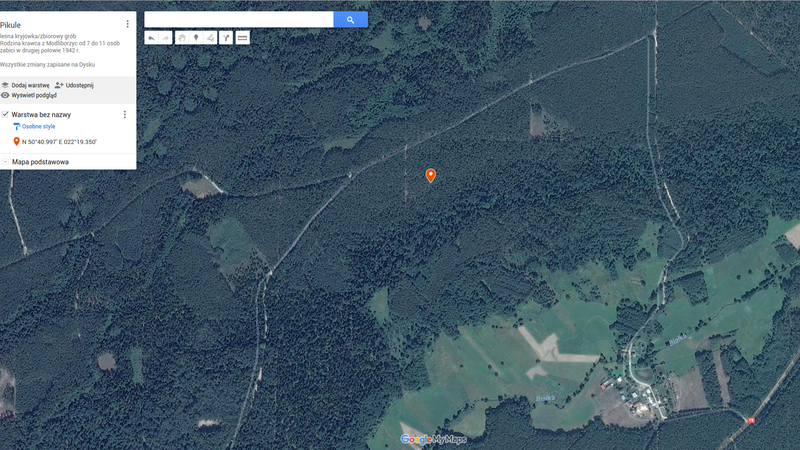 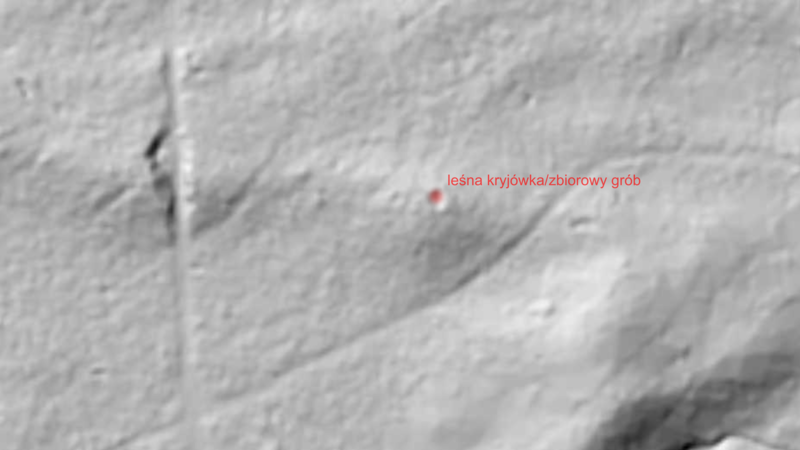 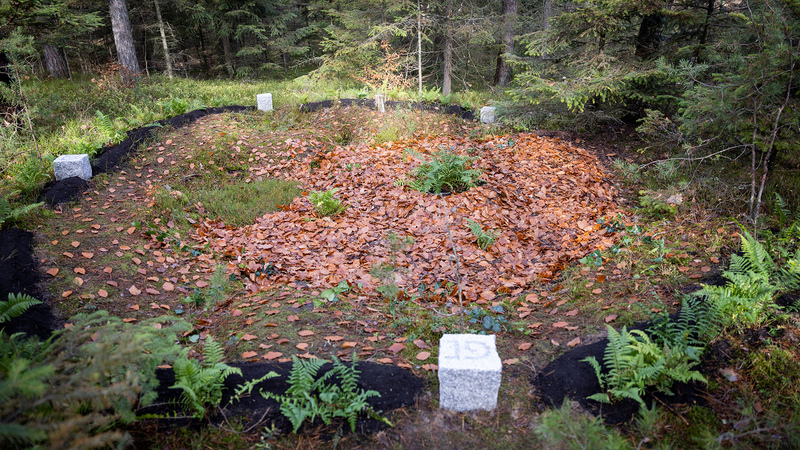 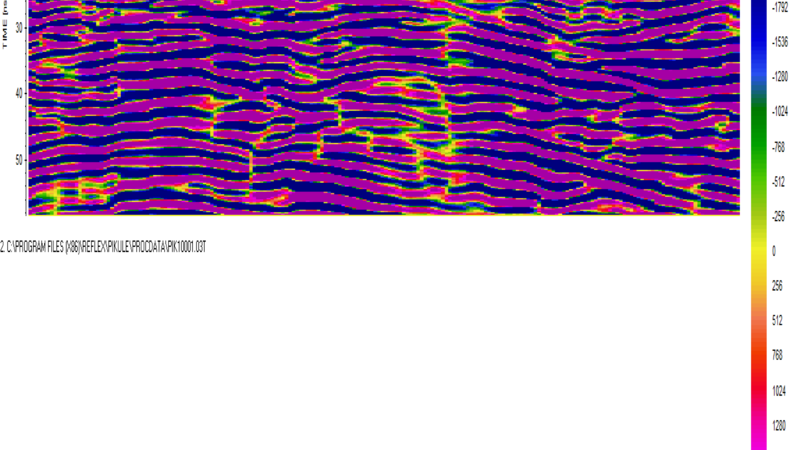 We are still looking for information on the identity of the victims and the location of Jewish graves in Pikule. If you know something more, write to us at the following address: fundacjazapomniane@gmail.com.

Recording of the Zapomniane Foundation (audio file), name: [resident of Janów Lubelski, who heard the story of Jews hiding in the forest from the inhabitants of the village of Pikule], b. [lack of data], place of residence: Janów Lubelski, subject and keywords: Jewish graves in Pikule, interviewed by Agnieszka Nieradko, Pikule, 19 August 2015.