The meadows at the back of the school building, earth depressions along the drainage canal.

In February 2018, the Rabbinical Commission received a telephone report of the existence of an unmarked grave of Holocaust victims in Parysów. The reporting person was told about the story of this place by his mother (born in 1935), an eyewitness of the massacre of Jews (from 50 to 100 people) during the so-called liquidation of the ghetto in Parysów. This is how the son describes the events his mother witnessed:

„My mother lived four houses away from here before the war. My grandpa was a shoemaker. They had about two, three hectares of the land. I don’t know exactly how much, because my mother doesn’t remember either, but they had a barn bordering on the school playground. When in started happening [the massacre] in 1943, my mother said that she went to the barn to look through the boards, and the grandpa, I mean her father, run her off from there, ordered her to be quiet and leave from there quickly, because on the playground, actually right behind it, there were shootings. My mother was then 8 years old. Well, it must have been something terrible if it stuck in her memory and she remembered.” (Parysów, March 2018).

As for the executions themselves, they took place from time to time, when more groups of people were brought to the execution site: „First they dug a ditch and brought people here in groups. My mother said that the pit was so large that two or three German trucks could fit in there.” (Parysów, March 2018).

In March 2018 we carried out a site inspection of the grave in Parysów.

The documents obtained as a result of the query in the resources of the Institute of National Remembrance show that:

On March 13, 2018 the site inspection was carried out in the presence of the second-generation witness. The witness has marked the area where the mass grave/graves are to be located. The indicated area is a large meadow located next to the drainage canal. During the inspection, two potential locations of the mass graves were marked (GPS: 1. N 51° 58.752′ E 021°40.999′, 2. N 51°58.726’E 021°40.995′). There is a visible depression on the ground confirmed by the LiDAR survey. As a result of the archival aerial photos query, a photo from September 5, 1944 was obtained where we can observe the darker spot of oblong shape, which could potentially be an overgrown mass grave and at the same time is located in the area pointed out by the descendent of the eyewitness. In addition, on the right side of the canal two distinct soil disturbances are visible outside the area indicated by the witness. GPR surveys are planned for autumn 2020. 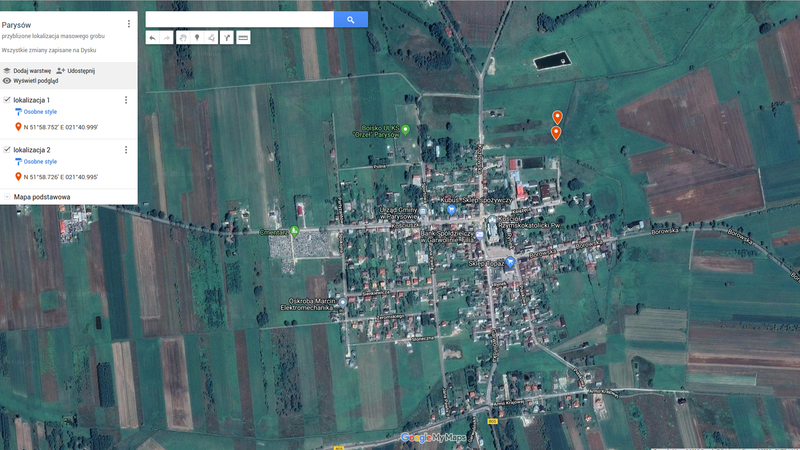 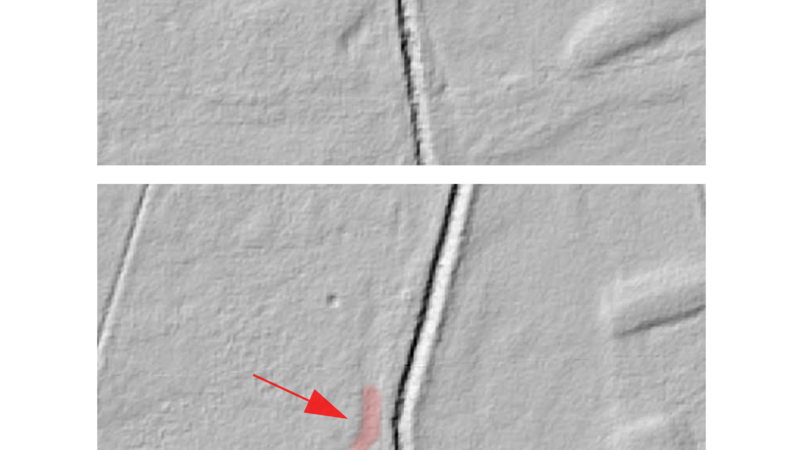 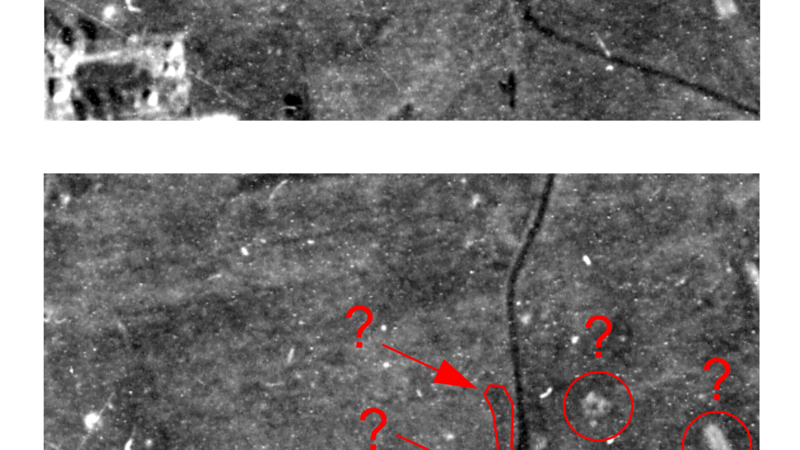 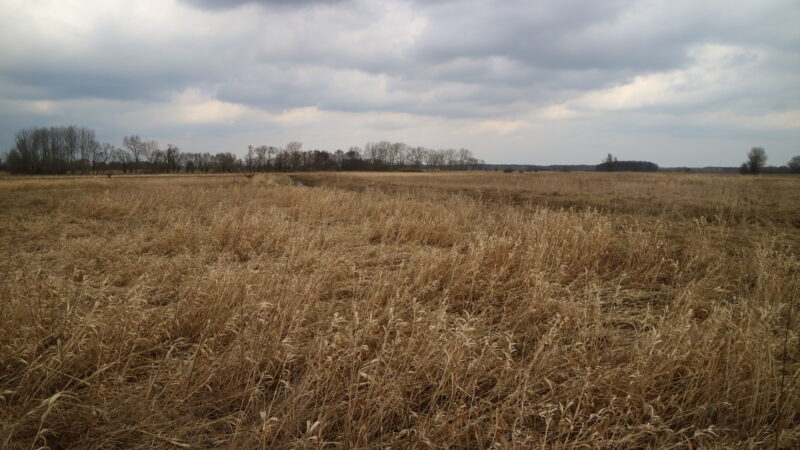 We are still looking for information on the identity of the victims and the location of Jewish graves in Parysów. If you know something more, write to us at the following address: fundacjazapomniane@gmail.com.

The Register of Killing Sites and Crimes committed by the Germans in Poland between 1939 and 1945. siedleckie voivodeship, ed. The Chief Commission for the Examination of German Crimes in Poland, Warsaw 1985, pp. 193-194.

IPN BU 2448/934, questionnaires: “Repressions on the Jewish population before the creation of the ghetto”, “Ghettos”, [CD-ROM].