The area of the cement mill „Ożarów”, in a roadside ditch; an access to the site risky due to the exploitation of the land – a grave of 4 Jews.

“During the occupation in Ożarów (Opatów District) Nazis murdered 62 people (including 49 Jews) whose names haven’t been established.” (BU 2448/347)

Antoni, born in 1928 in Potok, recalls an execution of 4 Jews about 20-30 years of age from Ożarów: “I was a 14-year-old boy. It was in the aurumn, in September, around the 15th of September, as field digging had already started [harvesting]. My father said: ‘Son, let’s go to take the cows [to the pasture] […] and then we’ll go digging.’ We rushed the cows to the field behind the village and I saw four young men running. They ran out of the woods at the end of the Potok village and were running as if they were blind. They could hear and see that a car was coming towards Gliniany, straight through Potok but they ran as if blind. My father said: ‘Run, son!’ You see, the cattle wasn’t stupid either, they pulled the chains and started galloping. And I followed! My father couldn’t run, he was almost 60 years old and was lame but he crawled to me. I looked and saw these four people reaching the Germans. The Germans stopped the car and ran out – about 15 military policemen in a lorry. ‘Halt! Halt!” They put their hands up. Four military policemen ran to the village to fetch the mayor. They were from Lipsk. The commander was a bastard. He was injured, his whole face was ripped. […] Bastard, he knew the area. He shot so many people… He was an executioner. […] He knew the mayor who could speak very good German. A moment later they brought the mayor in. They stopped in the village on the way to fetch four people [to help.] Young people hid wherever they could – who could fuckin’ hide did so. But the mayor found some older people, gave them shovels and brought them to the car. The Jewish people were standing with their hand against the car. [The Germans] checked their papers, robbed them, took whatever they could, their watches and so on. And then they told the farmers to dig a ditch. They dug. Then we heard gunshots. They killed them, [the Jews.] The mayor stayed there till the end. The Germans got into the car and drove away. Everyone ran there to look, I did as well. The mayor ordered to put them in the ditch. [The farmers] put all four of them in the ditch and buried them. That’s all.” (Ćmielów, 6 June 2015.)

Antoni’s son showed us the place where, according to his father, the bodies of four Jewish men were meant to be buried. He described the grave: “The ditch was 1.5 metres deep, there was clay at the bottom. It was 1.5 metres wide. They were placed there with their heads towards the road. [The bodies] were overlapping a bit because they couldn’t fit. They were well built guys.” (Ćmielów, 6 June 2015.)

Antoni remembered also a Jewish family who lived in his village, Potok, before the war: “[…] A [Jewish] family lived in Potok, they had a shop. There was Ruchcia, two years older than me, such a pretty girl. Unbelievable! Toward the end of September they were taken away. Ruchcia could work the fields. She didn’t have a mother, her mother had died, but her grandmother taught her to work. They had almost a hectare of land near their house. There were four of these Jews: Majurek, Mosiek, Dawid and Ruchcia. They took [them] to the ghetto in Ożarów. She sometimes came to us, we gave her some flour or buckwheat. My father used to say: ‘I don’t want her to come! Once she came… damn! Germans are coming! Holy Mary!’ We were all scared in the house. We had a pile of branches. She hid under them. I used to take bags on my bicycle and go [to the ghetto] through forest paths. We arranged where she would wait.” (Ćmielów, 6 June 2015.)

Our interlocutor also remembers the earliest repressions of Jews in Potok at the beginning of the German occupation: “Germans came bursting into Potok, on their fuckin’ motorcycles and asked: ‘Jude, Jude? Are they here?’ Yeah, we had Berek. Two of them went to see Berek. Berek had a beard. Fuckers told him to bend over a worktop and started cutting [it] with a bayonet. Poor Jew Berek was screaming because the bayonet was not sharp enough. It was made for piercing, not cutting. They pulled a bit of the beard, the rest stayed intact. They left him alone.” (Ćmielów, 6 June 2015.)

The LIDAR survey recorded a long depression, which is the side of the sleepy gravel road. The place indicated by the witness is located in the area of the revealed depression. The LIDAR survey is not helpful in this case. 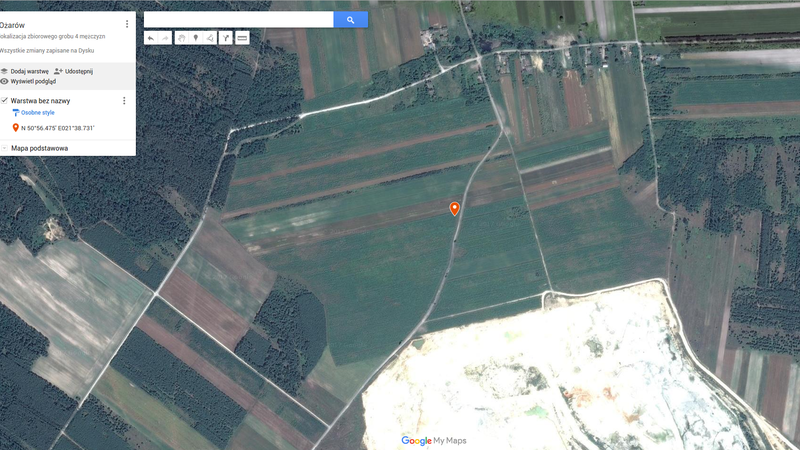 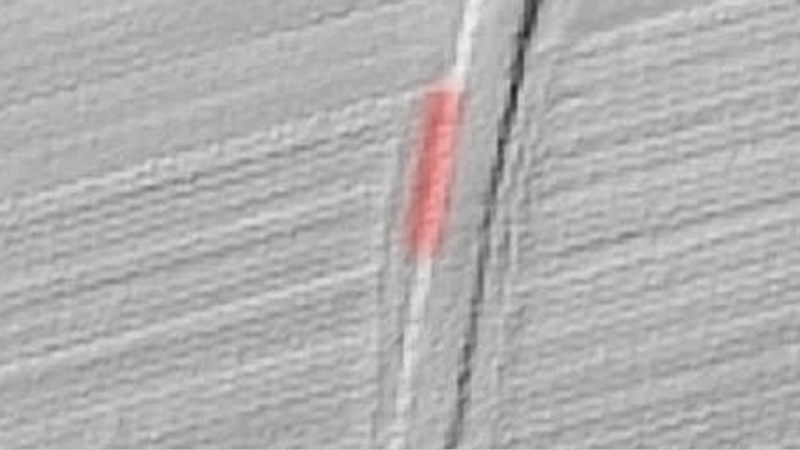 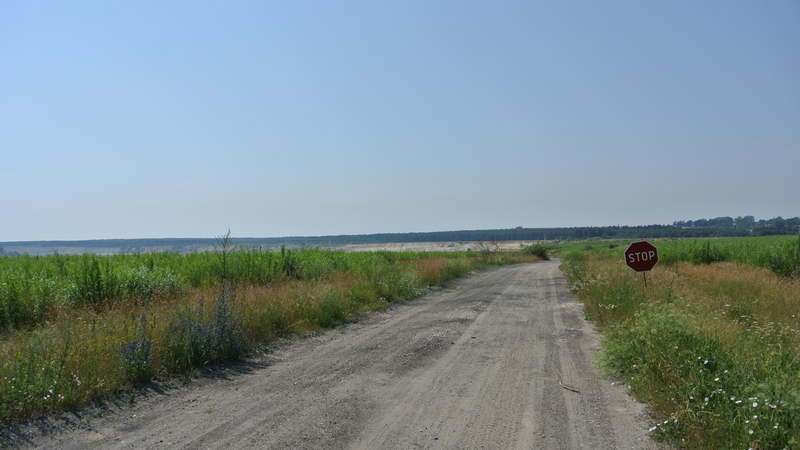 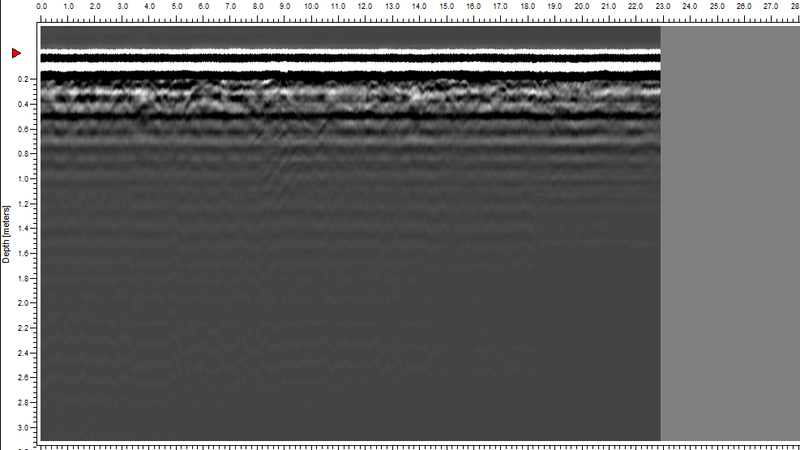 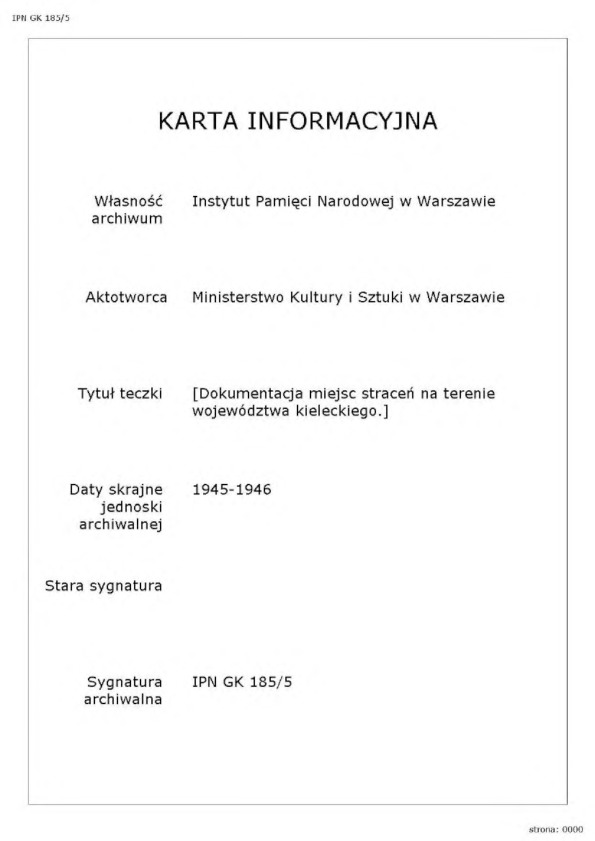 We are still looking for information on the identity of the victims and the location of Jewish graves in Ożarów. If you know something more, write to us at the following address: fundacjazapomniane@gmail.com.

IPN GK 185/5, Documentation of execution sites in the Kielce province.

IPN Ki 53/4458, Register of places of facts and crimes committed by the Germans in the Opatów district, residents of the district who died during the war.