There was a Jewish man hiding in farm buildings in the village of Morze. He probably came from Siemiatyczne. During the site inspection in autumn 2019, the villagers we met sill remembered the circumstances of his death:
„He was here, somewhere in these buildings. And when he came out, the Germans arrived. Well, they didn’t really want to, but they had to kill him. They shot well, but the Jew was running away. And then the Ukriainian came, he put his shotgun on the post and he shot right away. It was frost, my father helped to bury him, and he said that the bullet hit him in the head when he was still running. They started digging, but the ground was frozen, they dug a bit, and then, the one that was hiding the Jew, started laughing: „well, you’ve dug too shallow, right?”. And the German did not scold them, he just said to this old man: „If I will find a Jew with you again, you will dig it up yourself more deep, not them.” So he did not scold them, because he saw that it was not possible to dig.
– And this landlord knew that there was a man hiding in his place?
– He knew, but he was the mayor, he was also somehow protected by the Germans, otherwise they would maybe shot him. But he was a mayor, so who knows what he was doing there. Different things could happen.”
„I heard it from one man. During the war, this Jew was running away, somewhere there. And there was a cabbage field, he [the German] told him to run, so he ran, and he put the rifle on the well at the neighbor’s place, he set the rifle and… Others fired short weapons and they missed, but he reached out from the long gun… […] He was buried somewhere here. Yes. There, on the hill, where my mother always planted the cabbage. It was this big field, behind the trees. And here there was a meadow, this I remember.
– He was buried between two trees. Those trees were there, I remember them.
– When were they cut?
– It’s hard for me to say. It was in the sixties… seventies, sixties.
– A long time ago.
– Yes, because these were the old trees. At our place (…) But I don’t know if there was anything there, and I don’t know where it was.” (Morze, Autumn 2019)

The grave is located on a private property that once housed a habitat, now a meadow. Originally the place of burial was between two trees. The trees were cut and the roots were pulled down. Nevertheless, two depressions remaining are still visible.
On January 20, 2020 a site inspection was carried out to determine the location of the single grave. The area indicated by the residents is the field located between private properties (N 52°31.130′ E022°44.392′). There is a visible depression in the indicated place, which can be related to the grave.

The satellite photographs coming from Geoportal show the disturbance of the ground in this area.

LiDAR shows the disturbance of the ground at the indicated location. 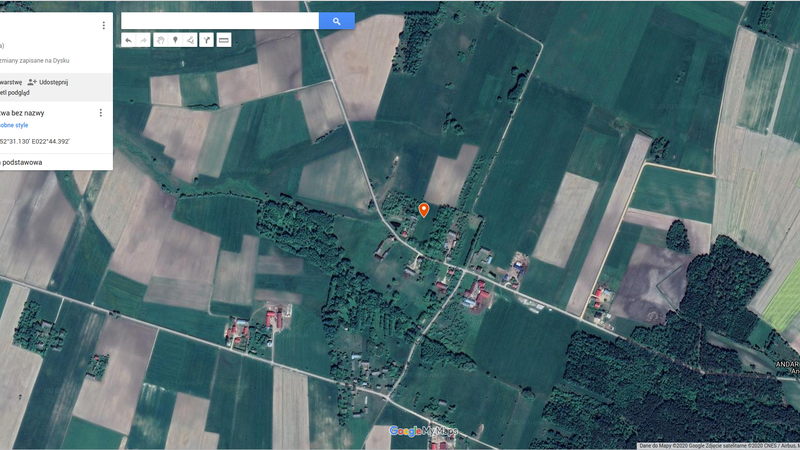 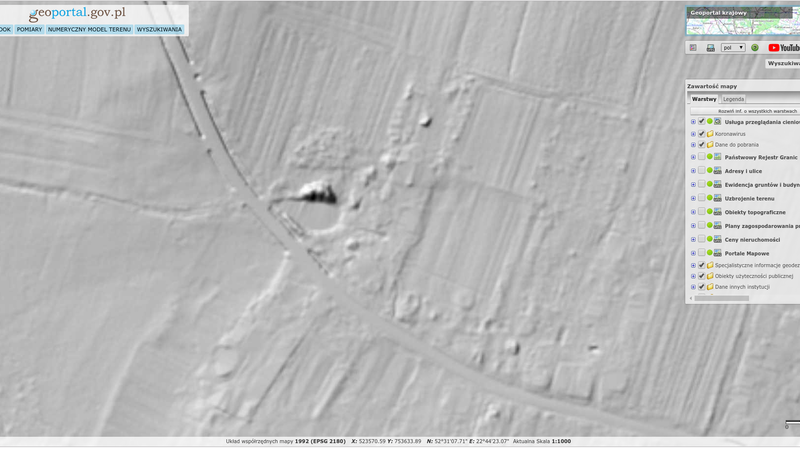 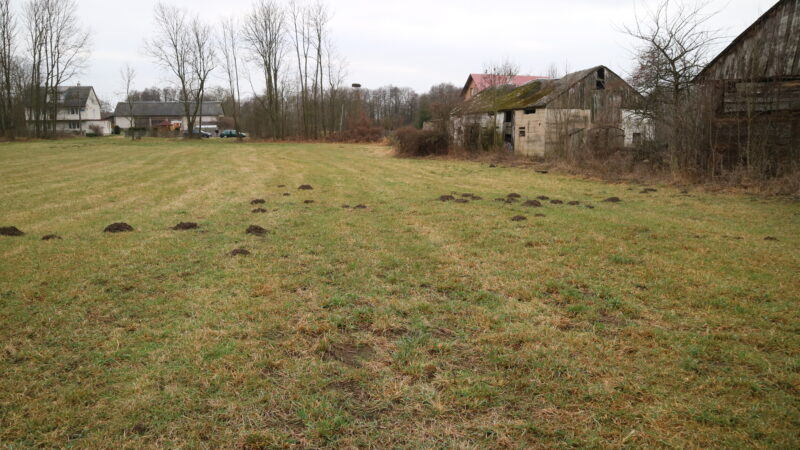 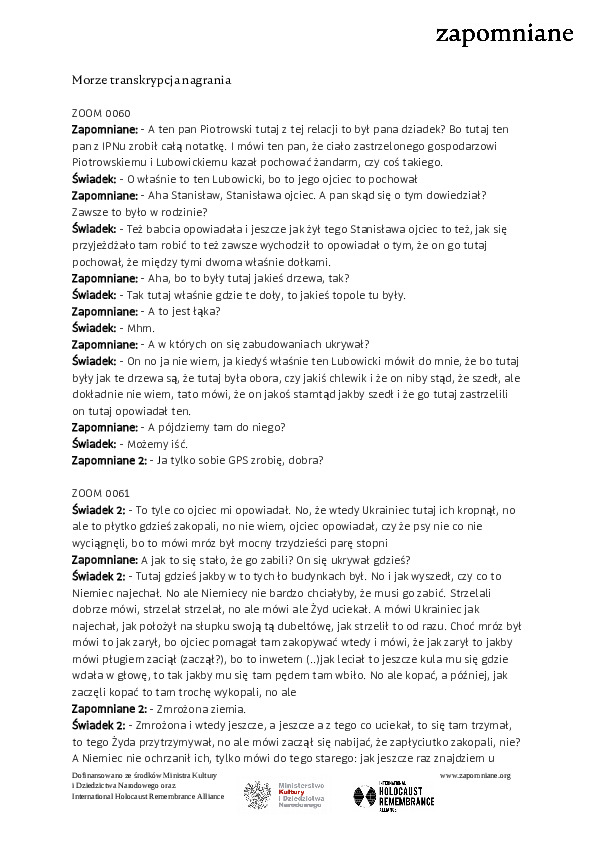 We are still looking for information on the identity of the victims and the location of Jewish graves in Morze. If you know something more, write to us at the following address: fundacjazapomniane@gmail.com.