An easement field outside of the village, approx. 100 metres away from the buildings / Woods near the village on the way to the village of Jarnuty (during the war owned by Piotr Cholewicki.)

Three Jews (two men and one woman) were hiding in Mikołajki in a Polish farmer Antoni Kenigsman’s outbuildings. In May 1942 their hideout was discovered by the military policemen from Miastkowo. The then mayor called Plona, ordered by the Germans, gathered several men to search Kenigsman’s outbuildings. One of the hiding men was killed on the spot and the farmer was heavily beaten. The remaining Jews were taken to the woods outside of the village and murdered next to a previously dug ditch into which the body of the third murdered Jew was also thrown.

Ryszard D., a resident of Mikołajki born in 1936, told us about this event in August 2017: “They searched the barn and found meat. They beat up Kenigsman. They were beating him heavily, drawing blood. They threw hay around and must have got close to the Jews because a young Jew, I don’t know how old he was, jumped out of the pigsty. While jumping he must have fallen over and they shot him in the back with an automatic gun. My neighbour, born in 1929, saw them being shot.” (Mikołajki, 18 August 2017.)

In 1970s witnesses testified about this case as a part of an investigation into crimes committed by the German military police from the police station in Miastkowo:

“As far as I remember in May 1942 the military policemen from Miastkowo and Gestapo officers from Łomża arrived in our village. First, they took Stanisław Gudelski who lived in the colony and when they arrived in the village [Mikołajki] they took Antoni Kenigsman. They searched the outbuildings owned by the latter and found two Jewish men and a Jewish woman hiding. […] One of the Jews was killed on the spot. I heard gunshots and then, when I came closer, I saw the body of the murdered man lying on Kenigsman’s yard. It was a man called Całka, about 60 years old merchant. He came from Łomża. […] The body of the murdered man was buried outside of the village approx. 100 metres away from the buildings on an easement field – as ordered by the military policemen and in their presence. I’d like to mention that the other Jewish man and the Jewish woman were shot to death at the site of the burial of the first one. They were buried together.”

During the site inspection on 18 August 2017 Ryszard D. showed us the place in the forest where the murdered Jews had been buried.

The LIDAR survey didn’t reveal any precise changes in the topography of the terrain. 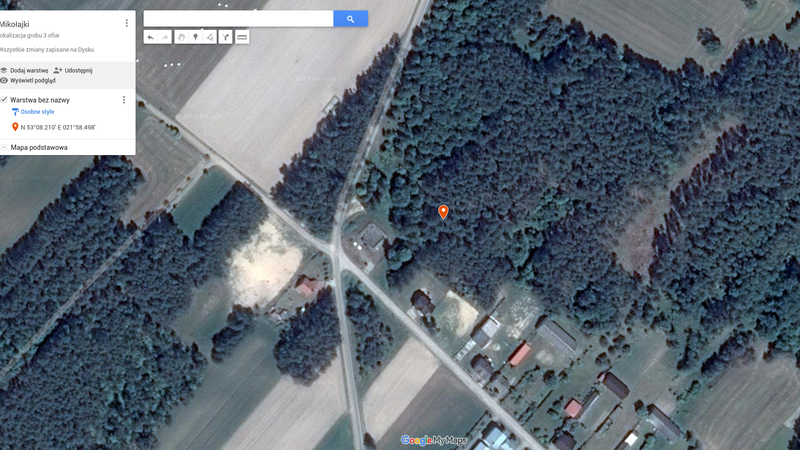 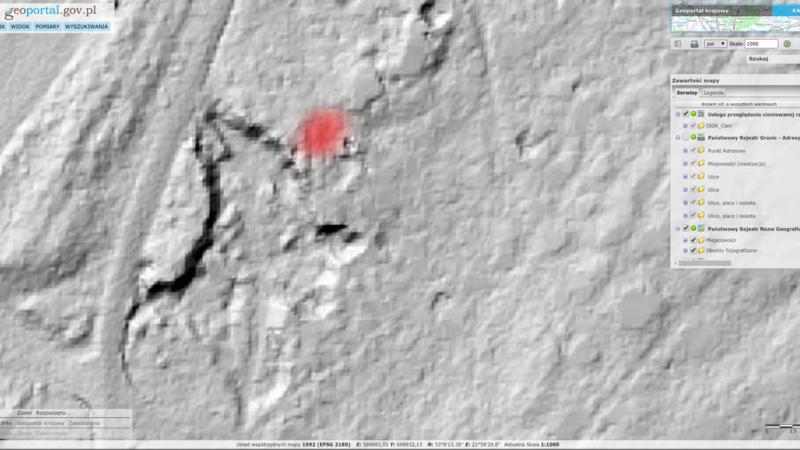 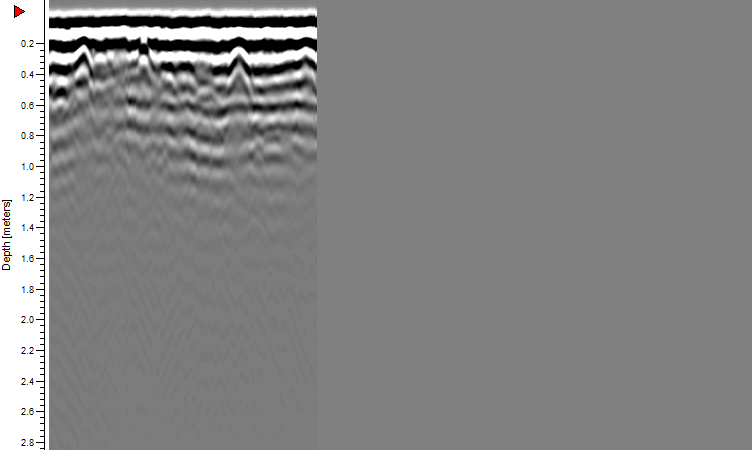 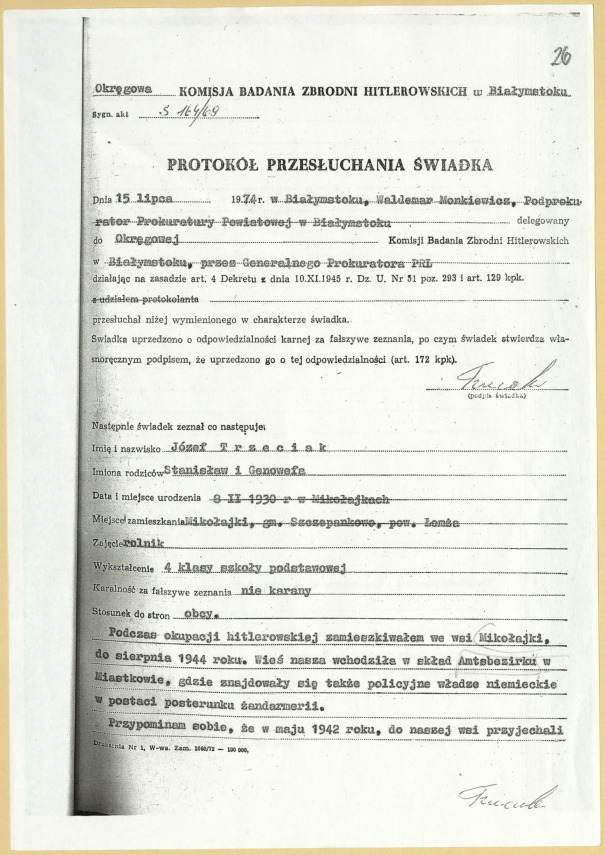 We are still looking for information on the identity of the victims and the location of Jewish graves in Mikołajki. If you know something more, write to us at the following address: fundacjazapomniane@gmail.com.