The new Jewish cemetery in Kałuszyn.

The most extensive murder of Jews from Kałuszyn happened in the autumn 1942. During the liquidation of the ghetto at least 1000 Jewish men, women and children were shot to death. The murders took place at the cemetery and on the town square from where bodies were transported to the cemetery. Bodies of the victims were placed in mass graves on the new Jewish cemetery in Kałuszyn. According to ‘the Questionnaire of mass executions and mass graves’ from the late 1940s, the dimensions of the graves were 100 metres by 4 metres. The questionnaire had an attachment – a report from the inspection of the site of mass executions and mass graves which took place on 27 September 1945. It’s worth to quote it in extent:

“On the new Jewish cemetery in Kałuszyn there are traces of two mass graves, 40 metres long and 2 metres wide. The cemetery has been completely destroyed by the occupant. The executions were conducted by German military policemen and Ukrainians who were serving them. They executed over 1650 people of Jewish nationality. The course of the execution was such that workers were digging ditches to which policemen brought 150 Jews at a time. The Jews were ordered to lie face down alongside the ditch – then they were shot at the back of the head. The murdered people were thrown into the ditches in a disordered manner. Some of the victims’ clothes were also taken away.” (IPN GK 163/43)

The site inspection was conducted by a judge from the Municipal Court in Mińsk Mazowiecki, the then mayor of Kałuszyn and a commander of the Citizens’ Militia.

Moreover, the same cemetery houses a mass grave of approx. 20-30 Jews murdered between 1942 and 1943 in Kałuszyn. We know the name of only one victim – Josek Radzyński.

The LIDAR survey indicate the affected places, the cause of which can be mass graves.

Aerial photography for this area (no date) was obtained, which revealed many ground disturbances of different sizes and shapes. 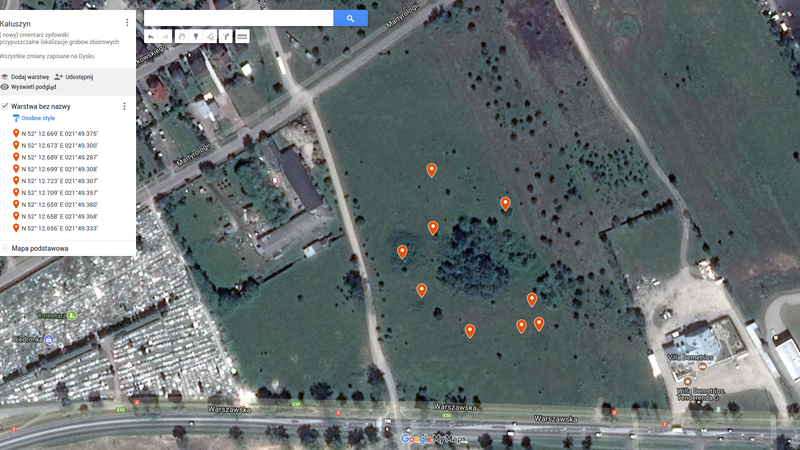 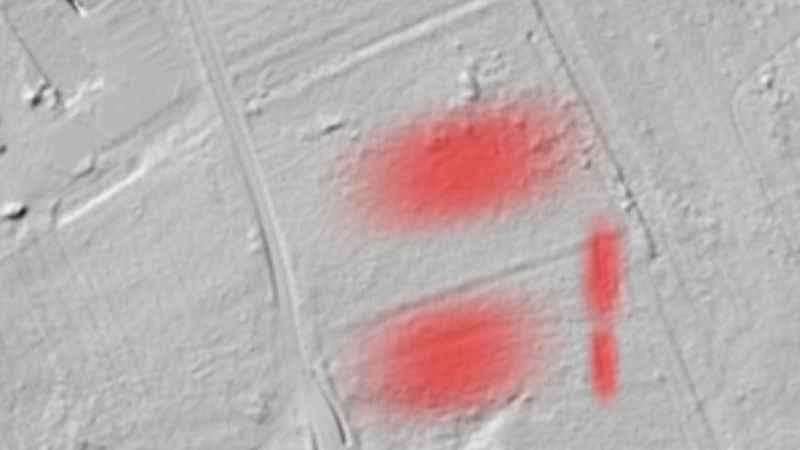 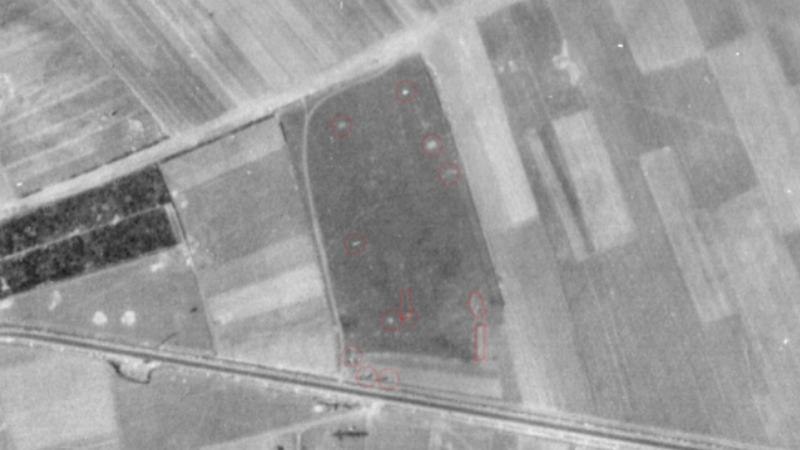 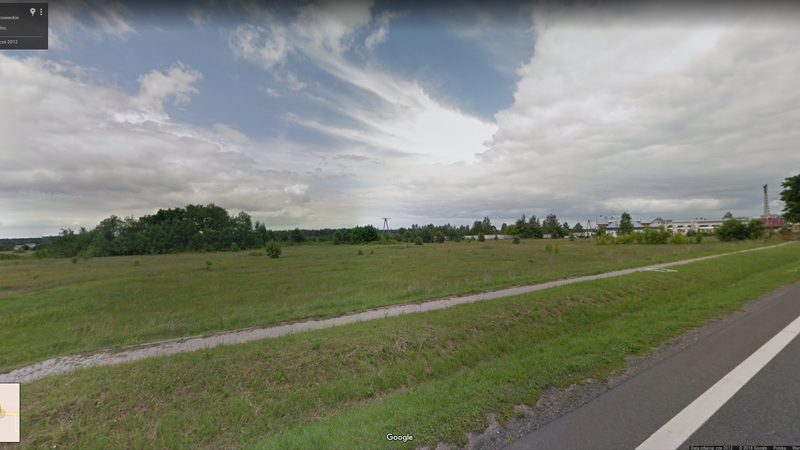 We are still looking for information on the identity of the victims and the location of Jewish graves in Kałuszyn. If you know something more, write to us at the following address: fundacjazapomniane@gmail.com.

Resources of the Zapomniane Foundation, aerial photo of the “new” Jewish cemetery in Kałuszyn.

Copy of the Decision to discontinue the investigation carried out by the Commission for the Examination of Crimes against the Polish Nation in Wrocław of 21 June 2006 regarding German crimes – genocide and killings committed between 11 September 1939 and 1944, in the miński province to the person of Kazimierz Jasiński and others, ref no. S 14/05/Zn [including killings of Jews in Kałuszyn].