At the edge of the forest and arable fields.

Józef W. from Blinów used to help a Jewish cobbler Mosze and his family of seven. At the beginning the family found refuge in Józef’s house. Later on, he helped them build a shack in the forest. Their hideout was probably given away and in the spring 1943 the whole family was murdered. Mosze was killed together with his wife and five children: the eldest Sura (around 20 years old), Gitla, Pinio, Nachme and Kajla.

The death of a seven-person Jewish family from Modliborzyce is confirmed by an execution card (IPN BU 2448/567). According to this document, in April 1944 Mosiek, together with his wife, grandmother and children, were caught in the forest by the Germans and murdered there. The bodies were buried in a 1.5 x 2 m grave on a pasture on the Blinów-Brzozówka road.

On the 29th of July 2014 a GPR survey of the  location indicated by the witness was carried out. Obtained data has been processed and geophysical interpreted. The results revealed the presence of ground disturbance with dimensions: length approx. 2.0 m, width approx. 2.0 m, depth 0.80 – 1.0 m.

The LIDAR survey due to small exploration facilities is not helpful.

No aerial photography query has been carried out for this area. 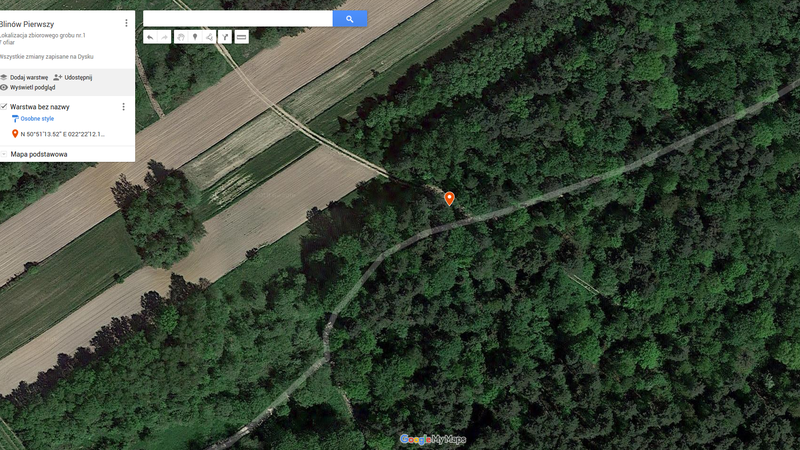 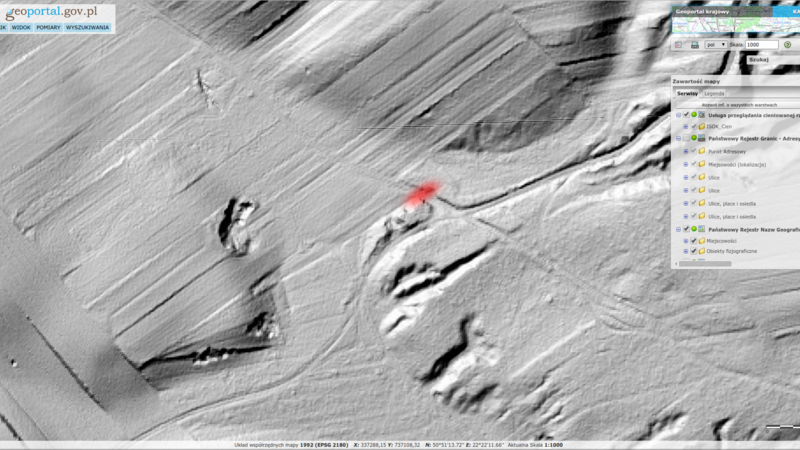