50.6298 19.36075 NAVIGATE
LIST OF VICTIMS
Eliasz Rapaport and his 10-year-old daughter Estera and Moszek Rottsztajn fugitives from the ghetto in Radom, murdered in January 1943;

20 Jews from Pilica including 10 people murdered in September 1942;

Lejbuś Borensztaj with his wife Cela and their 9-year-old child.

The Jewish cemetery in Żarki

In the autumn of 1945 a site location of the Jewish cemetery in Żarki as a place of executions and mass burials took place. According to the Municipal Court report from 22 September 1945, a resident of Żarki, undertaker Joachim T. present during the site location, pointed out at least six places where bodies of the Holocaust victims had been buried. According to Joachim T., the remains of Eliasz Rappaport, his 10-year-old daughter Estera and Moszek Rottsztajn were buried in the south-eastern part of the cemetery. Their grave was a half-a-metre deep square hollow, 3 metres long by 3 metres wide. After escaping the liquidated ghetto in Radom they were looking for shelter in Żarki, 140 km away, where they were murdered in January 1943 by the local military policemen. Apart from the grave of Eliasz, Estera and Moszek, the undertaker also pointed out that a site (two and a half metres away from the southern wall of the cemetery and 14 metres from its western wall) where the remains of several Jews from Pilica were buried. While escaping the transports from Pilica, which was 30 km away, they were stopped in Żarki and murdered in September 1942. Their names remain unknown to this day.

In the southern part of the cemetery, near the gate, in a rectangular area of about 10 square metres the remains of another 10 Jews from Pilica are buried. According to Joachim who saw the bodies, the Jews were shackled and shot in the back of the head.

Whereas in the south-eastern corner of the cemetery there is a mass grave of approx. 30 Jews shot in Żarki on the day of Żarki ghetto liquidation on 6 October 1942. Among the murdered people were: 55-year-old Abram Toldberg, 45-year-old Ajga Wronowicz, 22-year-old Abram Małus, 70-year-old Majer Lubiński, 75-year-old Rywka Lejber, 22-year-old Berek Szporn and a year younger Zelin Chrzanowski.

Three metres to the north from the aforementioned grave there is an unmarked grave of Lejbuś Borensztajn, his wife Cela and their 9-year-old child. The family, who was trying to hide after the ghetto liquidation, was shot by the military policemen next to the cemetery gate.

Finaly, according to Joachim T., the victims of the Wehrmacht murdered in the first days of September 1939 were buried in single family graves scattered throughout the whole cemetery. There were probably about 90 of them.

The LIDAR survey is not relevant due to a volatile ground.

An aerial photography query was conducted, resulting in obtaining a picture from September 1943. 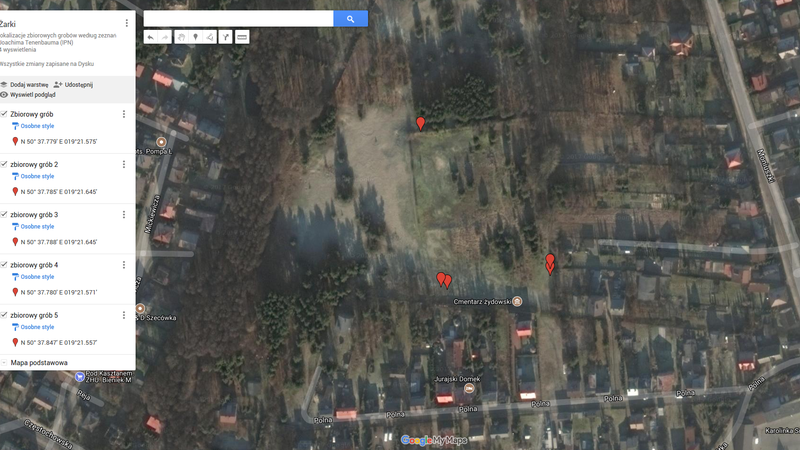 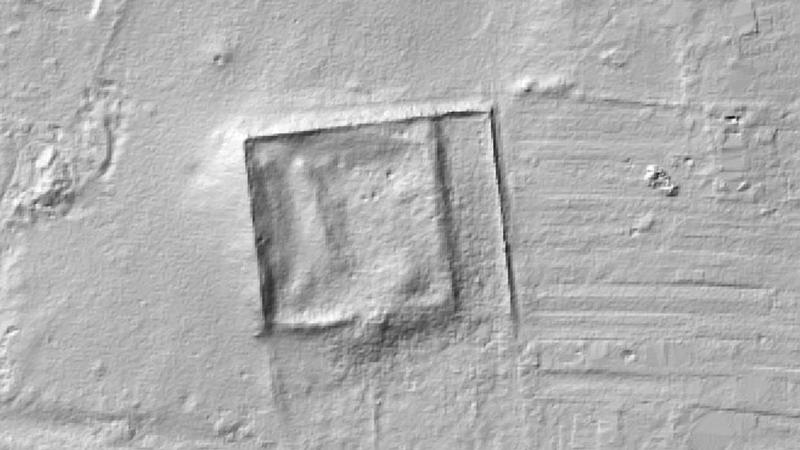 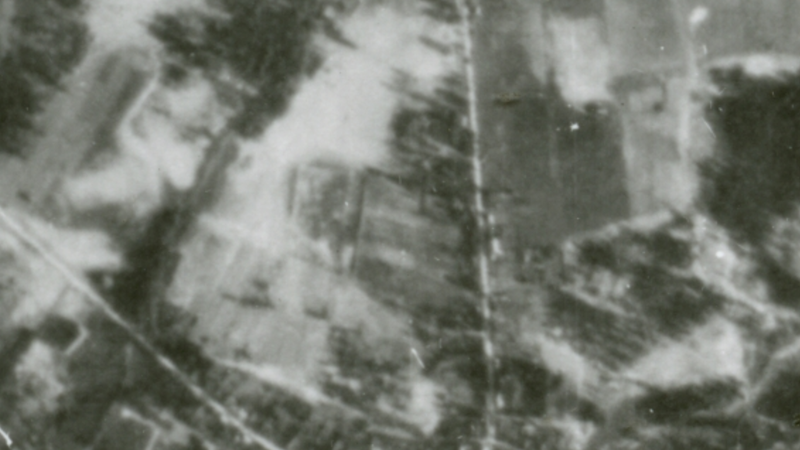 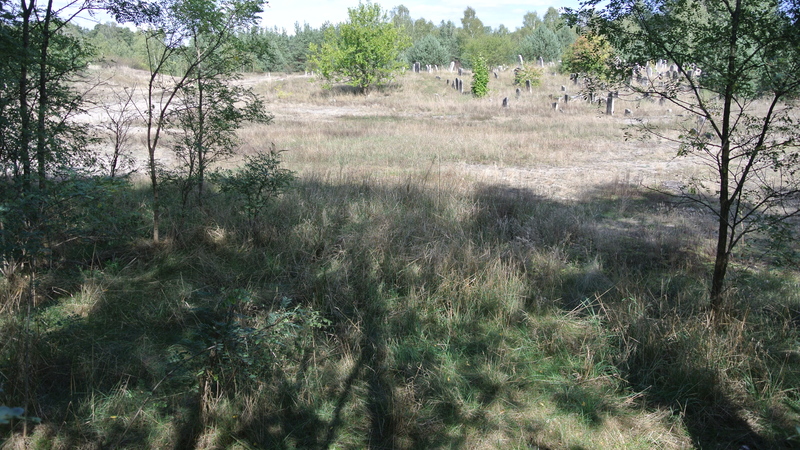 We are still looking for information on the identity of the victims and the location of Jewish graves in Żarki. If you know something more, write to us at the following address: fundacjazapomniane@gmail.com.

Resources of the Zapomniane Foundation, elaboration of the town based on documents and recordings of witnesses prepared by Antonina Stasiuk.

The register of sites and crimes committed by the Germans in Poland between 1939 and 1945, częstochowskie province, Warsaw 1986.

File no. II 3/36, s. 57-57. Card regarding the town of Żarki, katowickie province, Zawiercie district from thematic file of the Chief Commission for the Examination of German Crimes in Poland.

IPN GK 164/4926, Documents regarding the town of Żarki from the group: “BD” – investigative files of the Chief Commission for the Examination of German Crimes in Poland, containing materials incriminating the perpetrators of the crime, p. 1-5.

IPN GK 195/IV/18, Files on German crimes committed in the Zawiercie district during the occupation. Extract from questionnaire results, p. 1-7.

IPN GK 174/487, Group: Scout alert materials on the sites of German crimes in Poland. Alert regarding victims of Jewish nationality buried in the cemetery, p. 1-4.