A dug-out in the forest.

On 27 August 2014 we conducted a site inspection of a grave of 6 Jews who were hiding in a forest after their escape from the ghetto in Kleszczele. According to some of the local residents, the bodies of the murdered people stayed in the dug-out in which they were hiding. In the 1960s sand was sourced from this place for a building site. It was stopped after human bones were uncovered.

On the 27th of August 2014, a GPR survey of the location indicated by the residents was carried out (GPS: N52°35.092’E 023°29.680′). The place under investigation has been affected in the past, which prevents a reliable estimation of the format of the ground disturbance responsible for the mass grave. The results of the survey confirmed the presence of shallow ground disturbances at a depth of approximately 0.5 m and deeper at a depth of approx. 1.4 m . The site location took place without the presence of the witness.

The LIDAR survey was not conducted in this area. 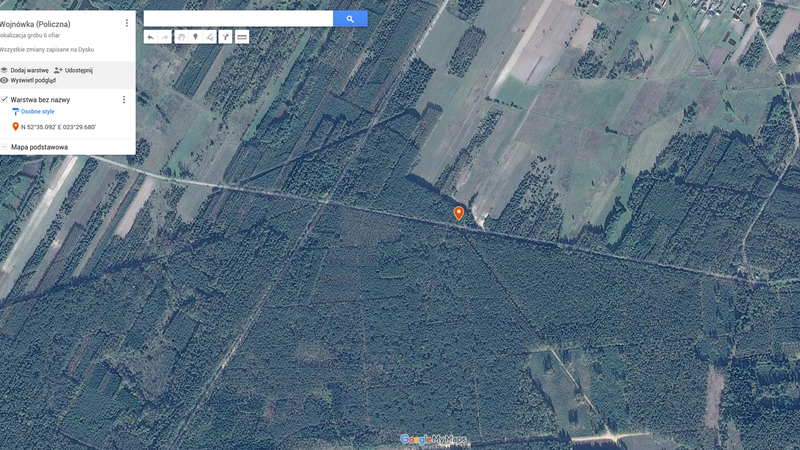 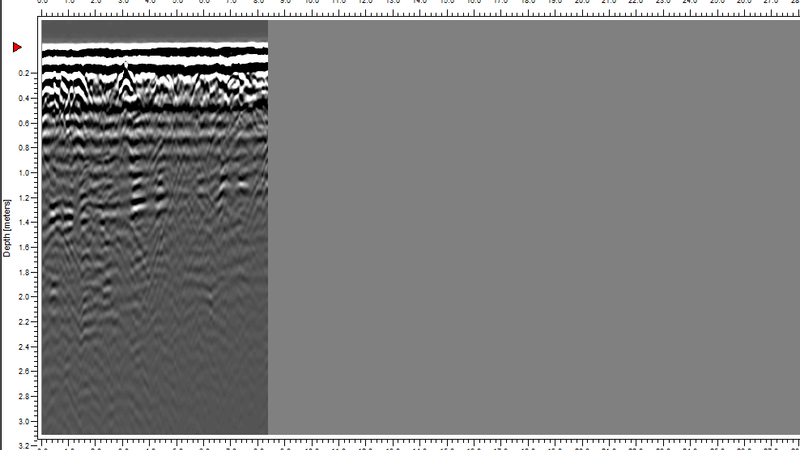 We are still looking for information on the identity of the victims and the location of Jewish graves in Wojnówka. If you know something more, write to us at the following address: fundacjazapomniane@gmail.com.

Recording of the Zapomniane Foundation (audio file), residents of Wojnówka [witnesses to the story], b. [lack of data], subject and keywords: Jewish graves in Wojnówka, inetviewed by Agnieszka Nieradko, Wojnówka, 27 August 2014.