50.9033 23.64705 NAVIGATE
LIST OF VICTIMS
5-6 young Jews, including a son of the Jewish cobbler nicknamed “Picipunek”, a son of Pejsach and a son of the ropemaker called Ideł – murdered in 1941 on the cemetery;
Kiwa Klajner and Josz Birman, local merchants;

40 Jewish men, mainly old people and disabled people - murdered in 1940 or 1941 at the cemetery in Pentecost;

30. Jews, including women and children, hiding in the forest - murdered in 1943 after the deportation of Jews from Uchanie;

two Jewish boys from Uchanie - a young 18-year-old boy and another slightly older - murdered by a gendarme.

two Jewish men and a Jewish woman named Necha Dajcz - murdered in the autumn of 1943 by a German gendarme from Teratyn;

an elderly Jewish woman named Pinkwas (wife of Pinkwas Chorenfeld, a grain merchant) and her grandchildren, boy and girl - murdered at the beginning of September 1942.

Two young Jewish women from Łódź (names unknown) - murdered in at the Jewish cemetery by a gendarme.

The ghetto in Uchanie  existed since 1941. The Jews from Uchanie and surrounding villages as well as from Łowicz and Łódź were imprisoned there. The prisoners of the ghetto (including women and children) were used for snow removal and road repairs. The Jews were absolutely forbidden to leave the designated area under threat of death penalty. But because there was a permanent lack of everything in the ghetto many people took the risk, thus singular or mass murders happened often. Victims were killed either on the Jewish cemetery or wherever they were stopped – in which case their bodies were taken to the cemetery and buried there. “I remember the Germans executing single Jews and also [conducting] mass executions. Single executions happened when the Germans caught a Jew in a village near Uchanie. […] For mass shootings of the Jews special German crews would arrive.” (IPN Lu 284/467 vol.1)

The following murders happened in the village of Uchanie. According to the witnesses testifying during the investigation number OKL/Ds. 353/67 (with regard to the Jewish work camp and the ghetto in Uchanie, Hrubieszów District), bodies of the victims were buried on the local Jewish cemetery:

The LIDAR survey indicates numerous ground disturbances in this location. 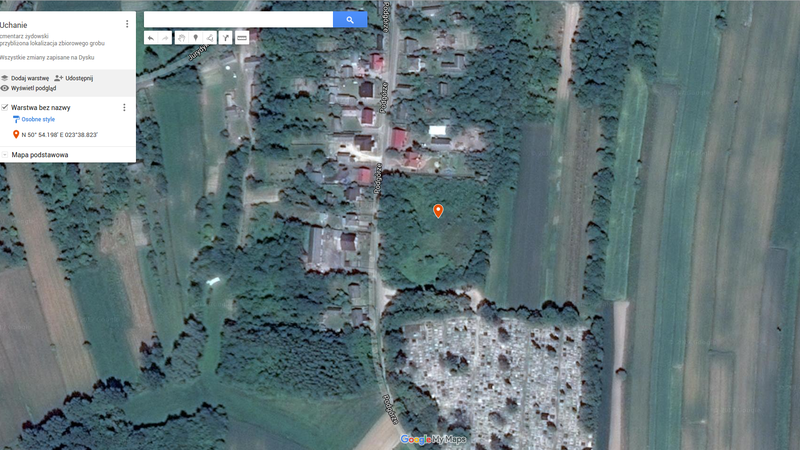 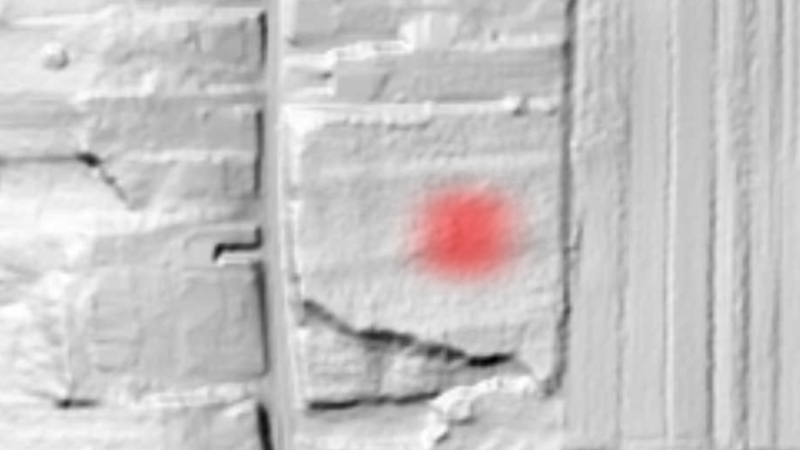 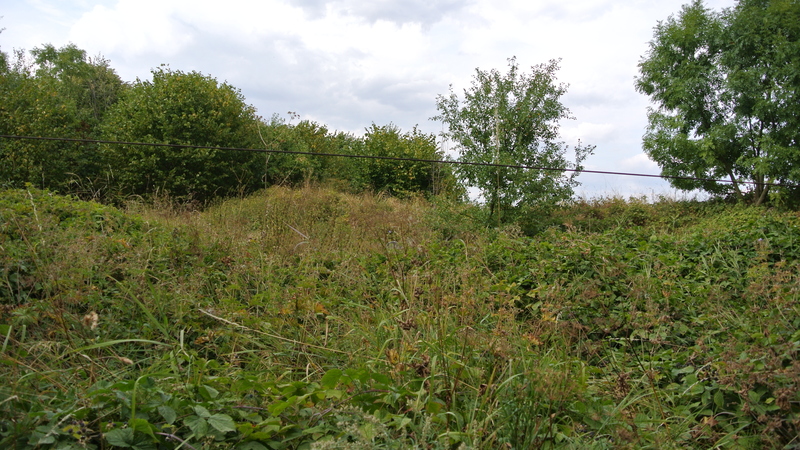 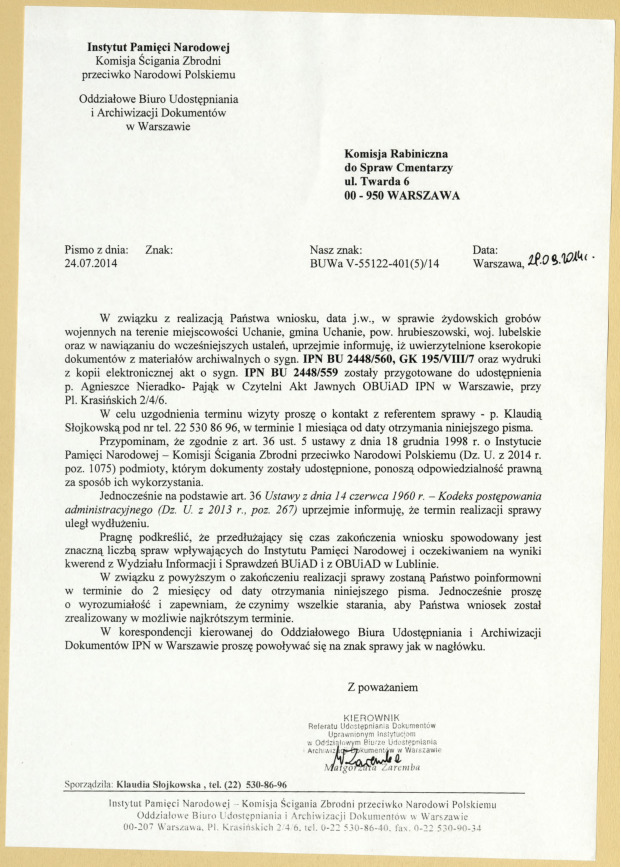 We are still looking for information on the identity of the victims and the location of Jewish graves in Uchanie. If you know something more, write to us at the following address: fundacjazapomniane@gmail.com.

Resource of the Zapomniane Foundation, three photos of matzevot from the cemetery in Uchanie from 2014.

Recording of the Zapomniane Foundation, name: [witness …], b. [ ], place of residence:…, subject and keywords: Jewish graves in Uchanie, interviewed by Agnieszka Nieradko, Uchanie, date of the recording.

Typescript of memories from memories of Mr. Jerzy b. in 1921 in Uchanie, written in February 2014.

IPN BU 2448/560, the Chief Commission for the Examination of German Crimes in Poland, Archives of Lublin province, Hrubieszów district.

IPN BU 2448/559, Questionnaires of the Chief Commission for the Examination of German Crimes in Poland Questionnaires regarding lubelskie province – VIII, Hrubieszów district.