Czerwony Bór forest, the so-called „Sadki” [a gravel pit] / a settlement owned at that time by Stanisław Niedźwiecki.

A group of approx. 25 Jews from Śniadowo were hiding in the Czerwony Bór forest. The hideout was discovered by the German military police from Śniadowo during a raid, probably in the autumn of 1942.

Franciszek T. testified on 21 January 1974 in front of the District Public Prosecutor in Białystok: “[…] I am aware of the fact of shooting  25 Jews hiding in a concealed building in the Czerwony Bór forest by the military policemen from Śniadowo. I think it was in the autumn of 1942. German military police discovered the Jewish hideout and set the building on fire. The Jews – apart from one who tried to escape and was killed near Borki – were taken by the officers to Śniadowo. They placed them in Henryk Truszkowski’s outbuildings which served as a temporary jail. Among others, I saw there Icek Kanowicz, a baker from Śniadowo and Mejlach, who was also a baker in Śniadowo. I also saw a young Jewish woman from Wyszków whom I knew as well. Kanowicz was about 40 years old at the time, Mejlach – about 50 and the woman about 20 years old. Those Jews were kept in jail overnight. I spoke to them through a barred window. They complained that they had been burned. […] On the next day – it was Sunday – I saw the Jews being taken out of the jail and shot to death in the so-called ‘Sadki’. It was a settlement near Śniadowo, close to the road.” (IPN Bi 1/842. p. 27 and 28)

The burial of the bodies of the murdered Jews in the Sadki settlement was also confirmed by Henryk T. in his testimony from 22 January 1974: “[…] After some time had passed since the Jews had been taken out of the jail and ushered towards Sadki, I heard gunshots coming from there. They were automatic pistol shots. The bodies of the Jews were buried at the crime scene. I didn’t see their bodies.” (IPN Bi 1/842. p.31)

The location of the grave was also confirmed by a local resident (born in 1926) during the site inspection conducted by a member of the Rabbinic Commission on 22 July 2015: “It was during the German occupation, I think in autumn. They brought them [Jews], 24 people or something like that. I saw it only from a distance. The next morning I went through the field to see what happened. They were shot and probably buried alive. Why? Because a hand was sticking from the ground, and a knee. That’s why I think they were alive when they were being buried. It was barbaric… They brought them in a lorry and [ordered them] to dig a ditch for themselves and then they shot them.” (Truszki-Sapki, 22 July 2015.)

According to the witness, the ditch where the murdered Jews were buried wasn’t deep: “They brought them in the evening, maybe around 11 pm and they dug [a ditch] to be buried in it. I went to the field, behind the barn, to eavesdrop. I heard only screaming and shouting. They knew what was being done to them, what they were scared of apart from bullets? They were shot in a series, there must have been an automatic gun. […] Germans were traitors, not people…” (Truszki-Sapki, 22 July 2015.)

Jan K., a resident of Śniadowo: “Mejłach, the baker, was killed in Sapki with his wife and daughter and maybe his son too. He used to hide in the forest near Grabowo [a village in the borough of Śniadowo.]” (Śniadowo, 15 July 2015.)

The LIDAR survey indicates not very visible depression in this location. 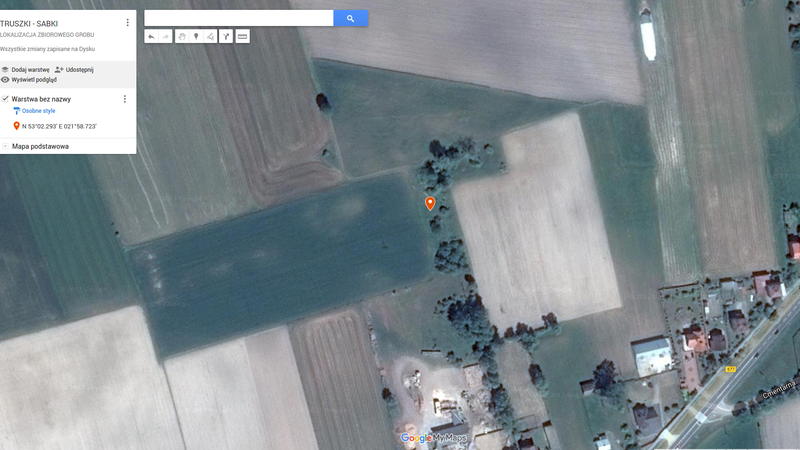 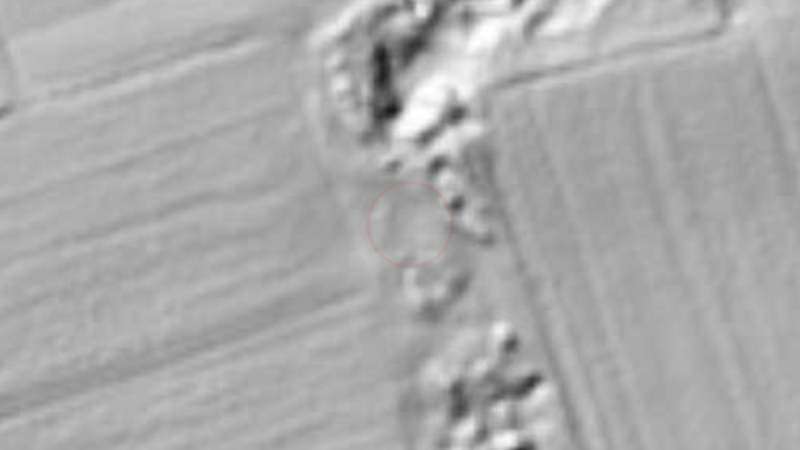 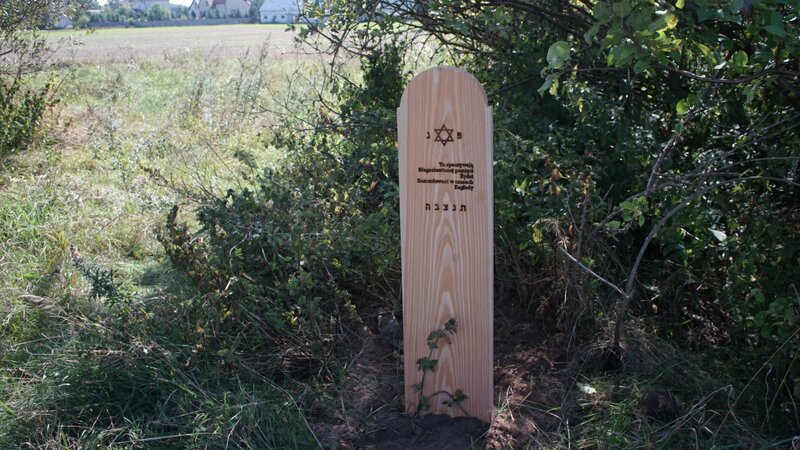 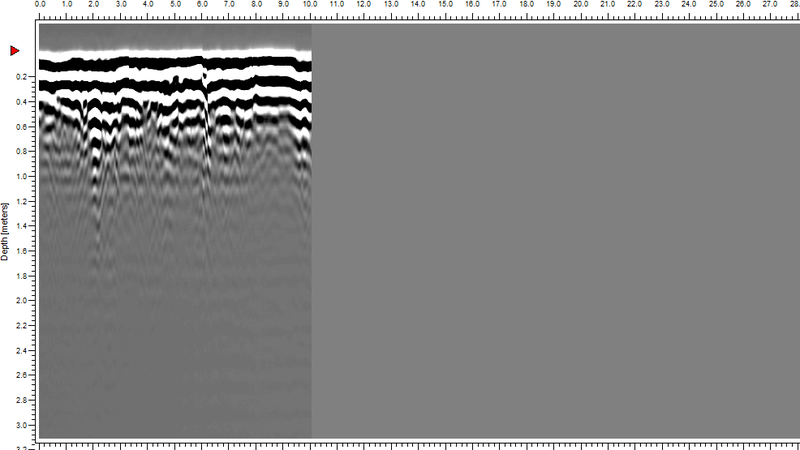 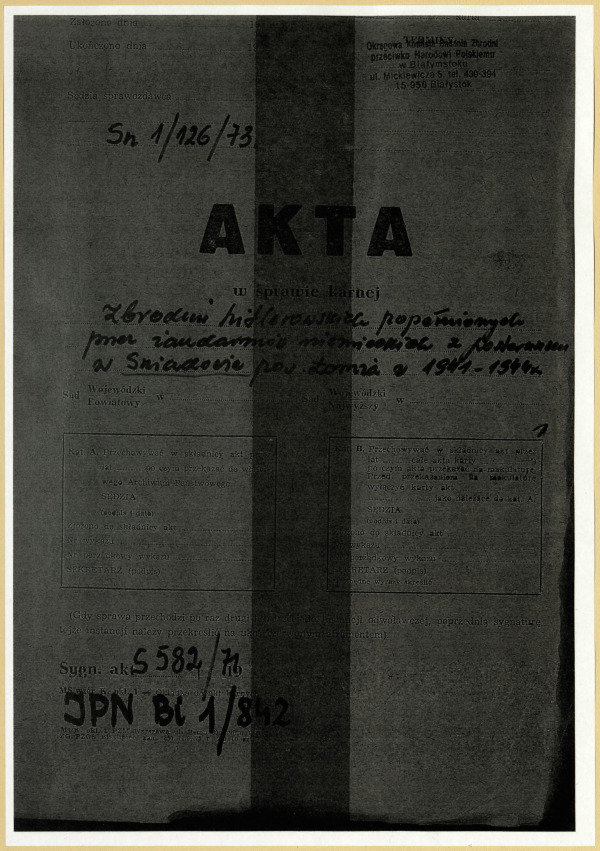 We are still looking for information on the identity of the victims and the location of Jewish graves in Truszki-Sapki. If you know something more, write to us at the following address: fundacjazapomniane@gmail.com.

Recording of the Zapomniane Foundation (audio fail), name: – [witness to the story], place of residence: Truszki-Sapki, b. 1926, subject and keywords: Jewish Graves in Truszki-Sapki, interviewed by Agnieszka Nieradko, Truszki-Sapki, 22 July 2015.