A forest near Rząśnik (grave no 1)

On December 1, 2021, a ceremony to commemorate the Jewish victims of the Holocaust was held in the Rząśnik Forest near Szumowo.
Next to our wooden matzevah there is now a granite tombstone with the names of some of the victims.
Project implemented thanks to the support of:
The Minister of Culture, National Heritage and Sports,
Embassies of Germany,
The Matzevah Foundation
The commune of Szumowo,
as well as many private donors.

The place of the grave was marked with a wooden matzeva during a workshop with young people from the School Complex in Szumowo as part of the project “Craft, Bits & Bytes: Participatory Remembering through Code-based Marking of Local Memorials”. In the same year, the youth participating in the workshops took part in the commemoration ceremony.

We would like to thank the EVZ Foundation and the School Complex in Szumowo.

On February 11, 2020, an on-site inspection was carried out in the presence of a witness. During the inspection of the location, approximate areas of mass graves were indicated. Based on the indications, 3 areas were marked out for the purpose of conducting research with the use of GPR. The research took place in May 2021.

Areas 1,2,3 have been affected in the past. These areas are very likely to be the mass graves of the victims murdered in this location. Anomalies occurring in this place also contain hard materials (e.g. metal), it is probably related to the lingering construction elements of the unfinished bunkers in which the victims were buried.

We sincerely thank the International Alliance for the Remembrance of the Holocaust and the Embassy of the Federal Republic of Germany in Warsaw for funding the research project, thanks to which the georadoar research of this place was carried out. 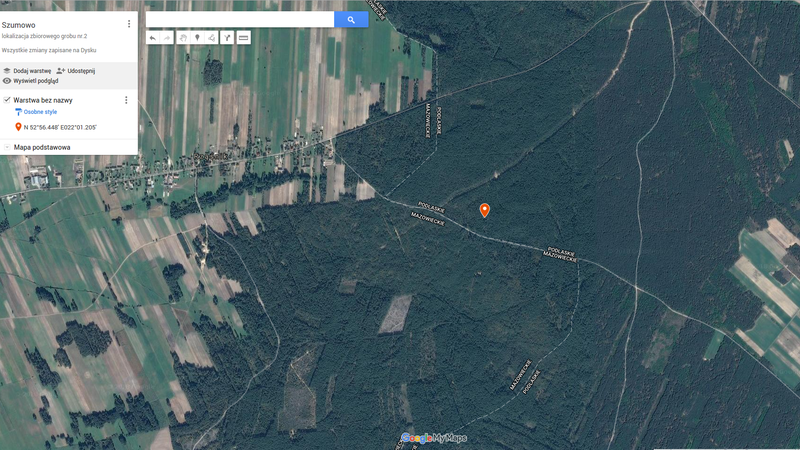 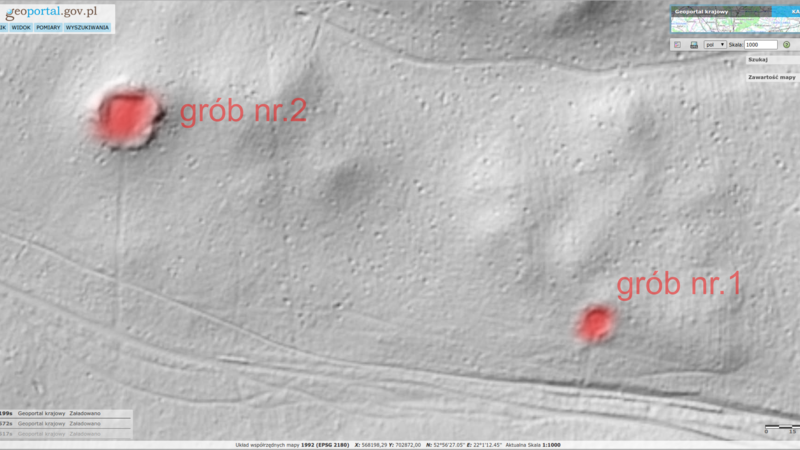 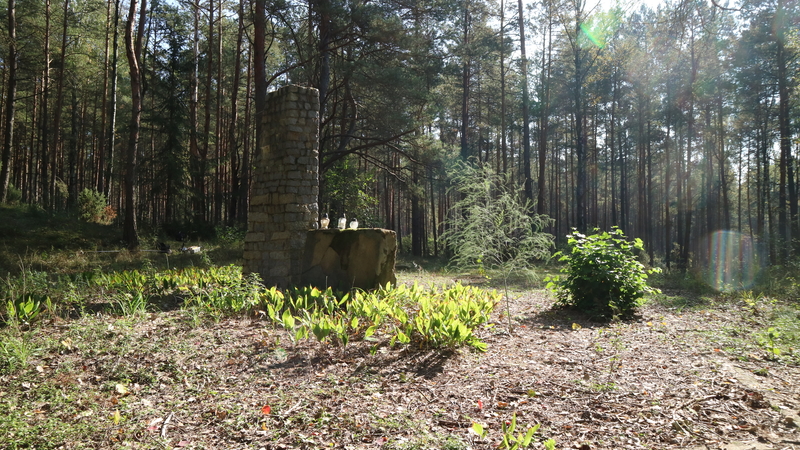 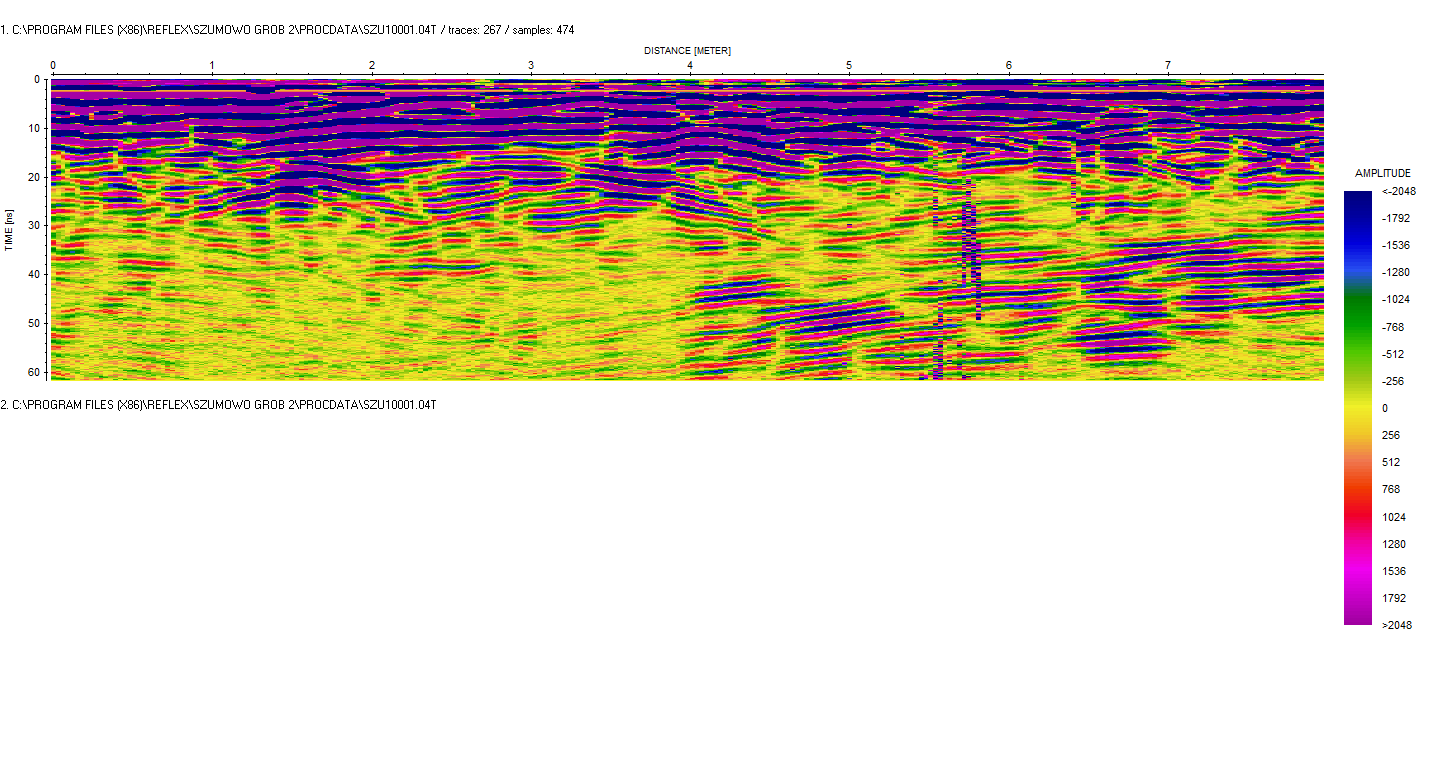 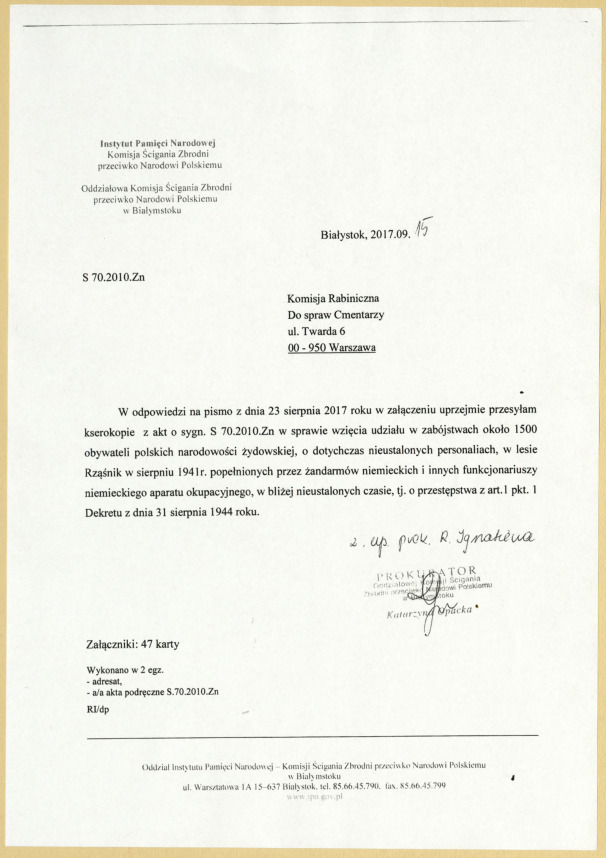 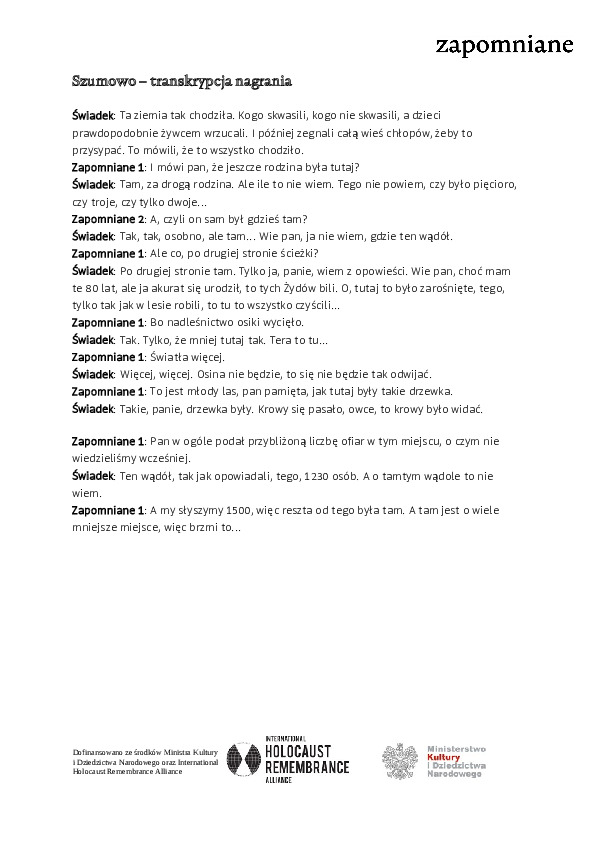