An old well in a forest gorge.

In March 2016 we received a report about unmarked Jewish graves in the borough of Działoszyce, in the village of Sypów. This information was sent to us in an email from a man whose family came from Sypów:

“a) A grave where a family of 8 was shot – it’s in a forest which has changed significantly since those events but I think it will be possible to locate the place within 10 metres radius.

b) An exact place (a forest gorge) as according to a resident’s account, the Germans would bring bodies of the Jews in lorries by night and bury them. It’s difficult to say how many people. From what I remember, there were several lorries.

c) A family of 3 or 4 – the same resident said he would be able to show the place.

d) An execution of several people, I don’t remember exactly how many but my grandfather should remember (it’s one place or two.) My grandfather told me last year that he would be still able to show the place because as a young boy he was forced by the Germans to fill the grave with soil after the execution but he managed to run away.

e) A well on a private property – a well-known area where the bodies of Jewish or Ukrainian victims were thrown in. No one knows how many exactly but according to my grandfather and a resident’s account, there were many of them.” (A quote from an email sent to the Rabbinic Commission on 29 March 2016.)

A query in the Institute of National Remembrance archives regarding war graves in Sypów came up negative.

On 9 August 2017 a representative of the Rabbinic Commission for Cemeteries conducted a site inspection in the village of Sypów. Bolesław D., a resident of Sypów born in 1928, pointed out two sites: the first one in a forest near his homesteading where a mass grave of 6-8 people is located. He wasn’t able to pinpoint the precise location: “It was fresh but now it’s overgrown, I only know it was near this hill. […] Yes, freshly covered with soil.” (Sypów, 9 August 2017.)
The other place was precisely pointed by the witness. The place has been marked by lthe ocal residents with numerous crosses – painted and carved on the nearby trees. According to the information passed on to the Commission, it was meant to be the location of the well where bodies of murdered Jews and Ukrainians were thrown in. This is how Bolesław remembered the place: “It was a well where water was collected but when [the area] became empty, the well got forgotten. […] It’s difficult to say what happened there, I know there were bodies, I even looked there – you could see them. […] [The well] wasn’t looked after, you could see how they were lying in it.” (Sypów, 9 August 2017.) 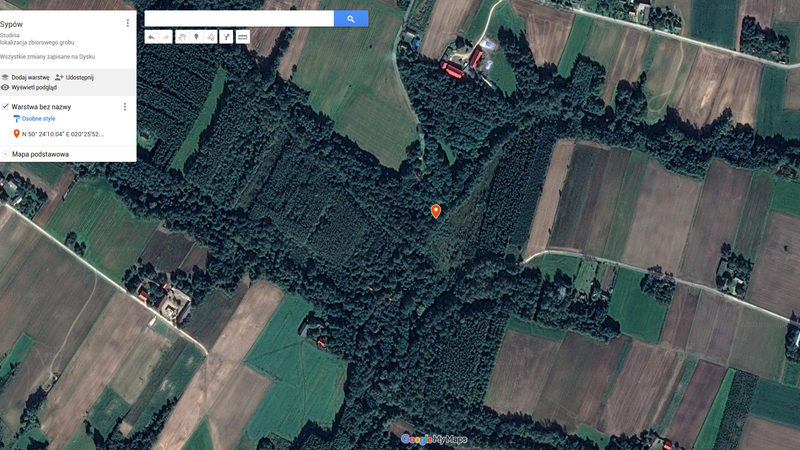 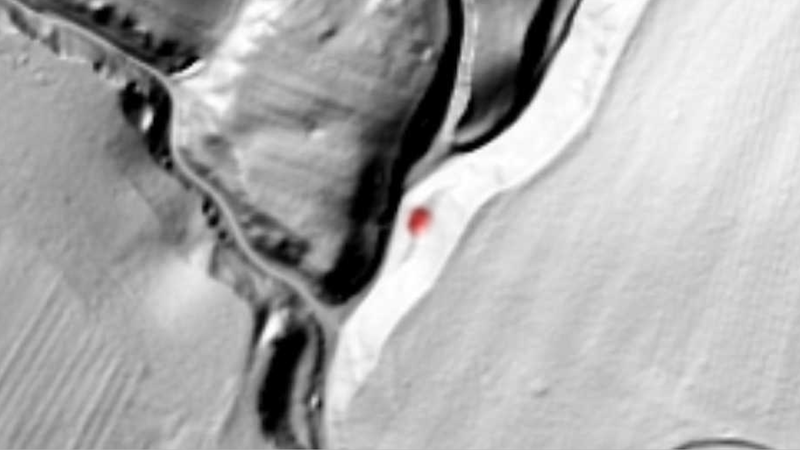 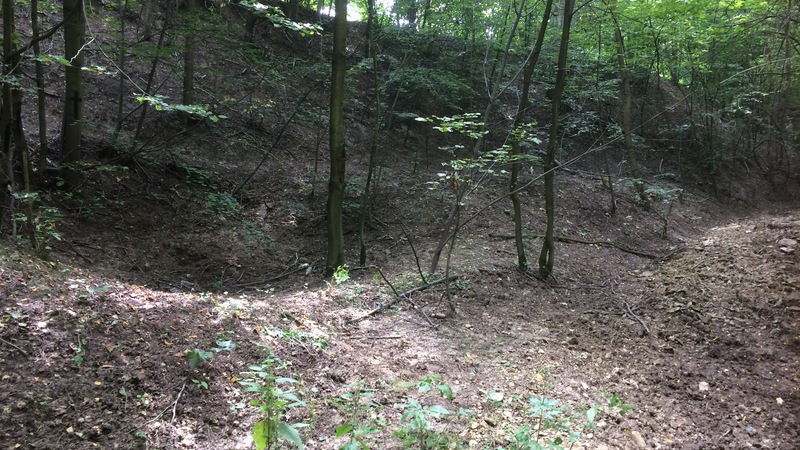 We are still looking for information on the identity of the victims and the location of Jewish graves in Sypów. If you know something more, write to us at the following address: fundacjazapomniane@gmail.com.

Resources of the Zapomniane Foundation, email to the Rabbinical Commission of 29 March 2016.

Recording of the Zapomniane Foundation, name: Bolesław [witness to the story], b. [lack of data], subject and keywords: Jewish graves in w Sypów, interviewed by Agnieszka Nieradko, Sypów, 9 August 2017.

On 9 August 2017, a representative of the Rabbinical Commission for Cemeteries carried out a local visit in Sypów. Mr. Bolesław (89 years old), a resident of Sypów.