A dug-out in the forest.

Not many people remember a mass grave in Stary Franciszków. A query in the archives of the Institute of National Remembrance had a negative outcome. We found out about the existence of this place thanks to our friends in Opole Lubelskie who collect accounts of the oldest residents of Opole and surrounding villages. According to the accounts they gathered, six Jews used to hide in a dug-out in the forests in the present borough of Opole Lubelskie. Their hideout was disclosed. Apparently, just before the execution one of the women tore her clothes so they wouldn’t be taken by the perpetrators. The bodies were thrown into the dug-out and covered with soil. According to Jan (a resident of Franciszków, born in 1925) the hiding Jews, fugitives from the ghetto in Opole Lubelskie, were killed in their dug-out by a grenade which was thrown inside (Franciszków Stary, 14 July 2014.)

On 14 October 2014 Fundacja Zapomniane conducted a ground-penetrating radar research of the site which confirmed the existence of a cross cut. GPR readings are rarely so precise. The hideout in the forest which later turned into a grave must have been fortified internally with planks of wood or other material so that soil wouldn’t fall on people hiding inside.

The LIDAR survey does not indicate ground disturbance that can imply a forest hideout or a grave. 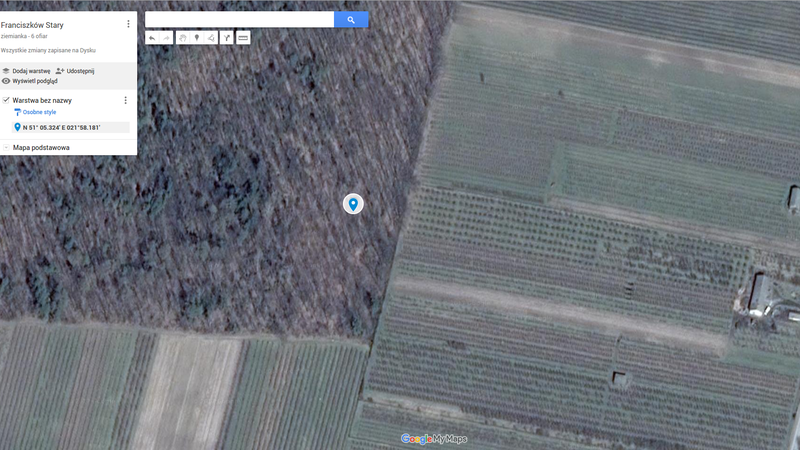 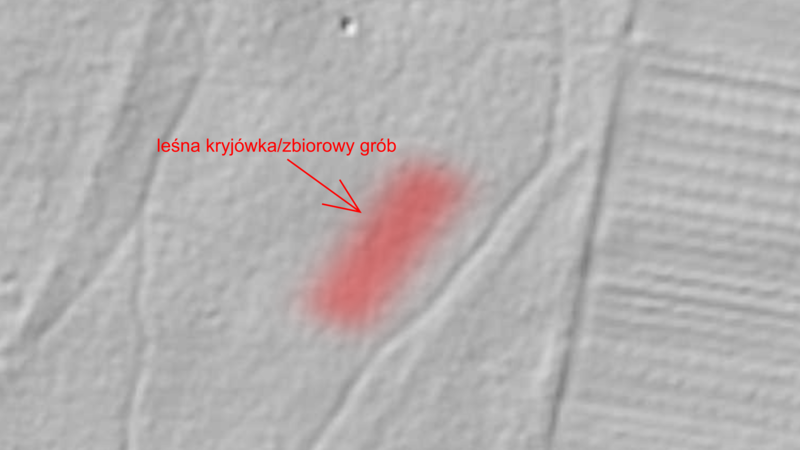 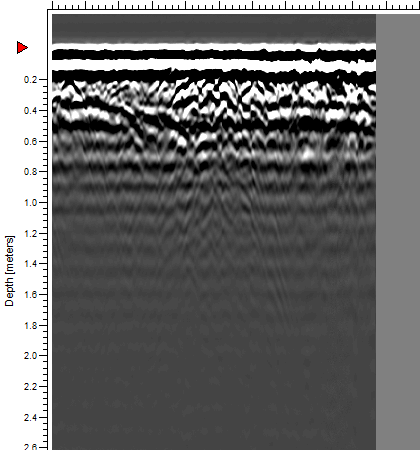 We are still looking for information on the identity of the victims and the location of Jewish graves in Stary Franciszków. If you know something more, write to us at the following address: fundacjazapomniane@gmail.com.