In November 1943, the German military policemen shot 22 Jews at the Jewish cemetery in Skrzynno. The bodies were buried at the crime scene. This fact is described in several documents of the Institute of National Remembrance (IPN Gk 163/21, IPN GK 179/101 and The Register of Killing Sites and Crimes… radomskie voivodeship, Warsaw 1980), but they do not provide any details about the victims. The questionnaire about executions and mass graves states only that they were residents of Skrzynno.

In May 2018, the representatives of the Rabbinical Commision and the Matzeva Foundation carried out a site inspection of the cemetery and met with one of the last witnesses of the liquidation of the Jewish community in Skrzynno. Franciszek S.: “They killed around 20 people during the pacification. They first herded the Jews in the ghetto. They established the ghetto between Rzeczna and Młynarksa streets. This [execution] could have been in 43, I don’t remember exactly. During the pacification they herded them and later some of them dispersed, […] a few Germans came there. Later the Poles had to bury the bodies of killed Jews, in one grave. The pacification of Skrzynno, Przysucha, Gieleniów were all in one day. They took them to Opoczno. The military policeme rushed them to the train […] they were all going on foot. “ (Skrzynno, May 2018)

On the same day, the approximate location of the mass grave of 22 people was determined.

In May 2019 a site inspection was carried out at the Jewish cemetery in order to determine the location of the mass grave of about 20 victims. According to the witness description, there is a single grave in the cemetery close to the original entrance to the cemetery, which was probably located on the west side. The LiDAR clearly shows the boundaries of the cemetery in a form of embankment, as well as a depression with a format of approx. 2.0 m by 3.0 m, located near the western boundary (GPS: N51°21’39.701” E20°42’45.201”). GPR research for this area is planned for spring 2021. The aerial photography query for this area is ongoing. 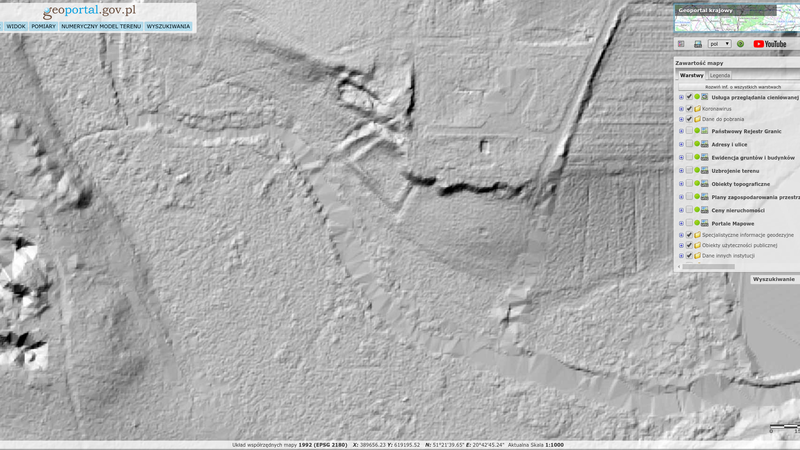 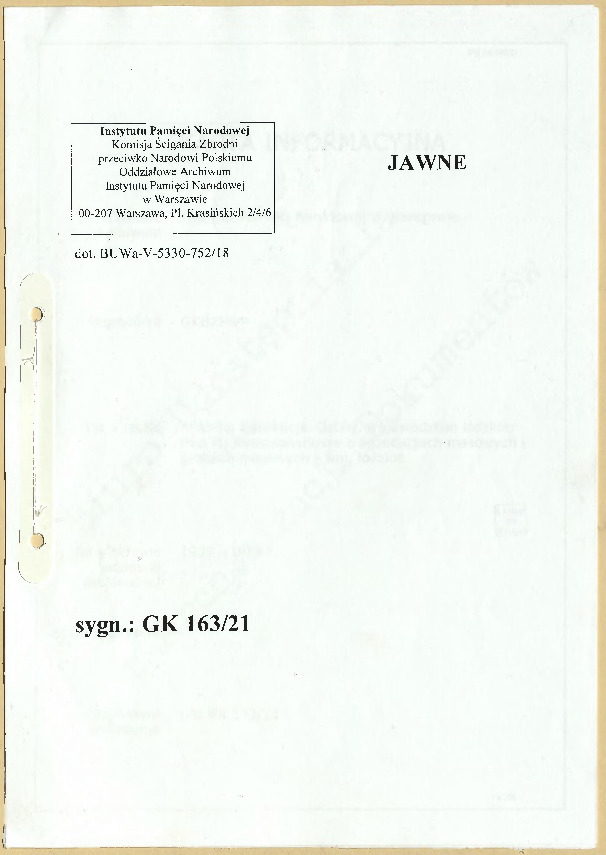 We are still looking for information on the identity of the victims and the location of Jewish graves in Skrzynno. If you know something more, write to us at the following address: fundacjazapomniane@gmail.com.

The Register of Killing Sites and Crimes committed by the Germans in Poland between 1939 and 1945. Radomskie voivodeship, ed. The Chief Commission for the Examination of German Crimes in Poland, Warsaw 1980, pp. 13, 170.