In 2017 The Jewish Historical Institute received a report about the uncommemorated graves of the Holocaust victims in Sędziszów: „I have a reliable information from my grandmother about the place of burial of the Holocaust victims murdered in Autumn 1942, the Jews living in Sędziszów, Jędrzejów province, Świętokrzyskie voivodeship.” The victims numbered about 30-40 people: children, elderly people and pregnant women were murdered on the market square and nearby streets in Sędziszów. The victims of the German crime were then transported by the peasant wagons to the forest called Gródek with the help of the local blue police, and buried in a hollow left after the forest railway. I know and I will indicate that place, to commemorate this crime that has been almost completely forgotten.”
During two site inspections in 2018, it was determined that the grave is to be located close to the embankment of the narrow-gauge railway from World War I, in a forest called Gródek. The remains of mostly women, children and elderly people who were murdered at the square market of Sędziszów, are buried there. The bodies of the victims were taken outside of the town by four carts and thrown into the pit close to the embankment. Among the victims were the following people: Lejzor Szeler, Posfitowska, Szydłowski, Cukierman, Goldberg, Kun, Skrzypek, Cygler, Abramowicz, Warszawski, Wełna, Blat. The names were collected from the residents of Sędziszów. During the site inspections we also reached the place where the blue police station in Sędziszów was located. Numerous executions and then burials of the murdered Jews took place in its vicinity.
Moreover, as a result of an archival query in the resources of the Institute of National Remembrance, we established that:
In November 1942, Gestapo officers and Wehrmacht soldiers shot 12 people of Jewish nationality at the nearby field. Among the victims were: Ajzenberg (no name) b. 1925, Ajzenberg (no name) b. 1927, Berliński Dawid, Berliński Lawi, Berliński Ruczmil b. 1882, Skrzypek (no name) b. 1915, Wajmbergowa (no name) b. 1862, Wajmblum Bacia b. 1852.

During the site inspection, GPR Surveys were conducted in the indicated location. The results of GPR surveys confirm the presence of an anomaly which may be the pit of the mass grave. The estimated dimensions of the grave are: length approx. 12.0 m, width approx. 2.0 – 2.5 m, depth approx. 1.0-1.20 m below the ground level. Some of the anomalies recorded on the echograms may be related to the roots of the trees as well as the railway infrastructure.

The LiDAR survey shows ground disturbances in the indicated location. 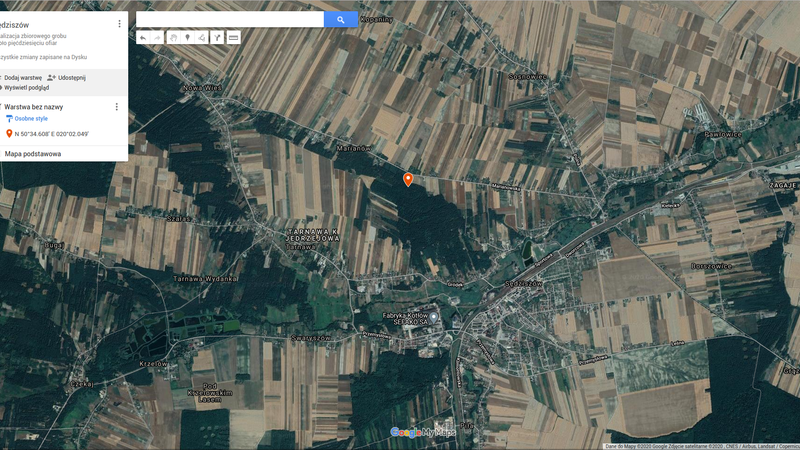 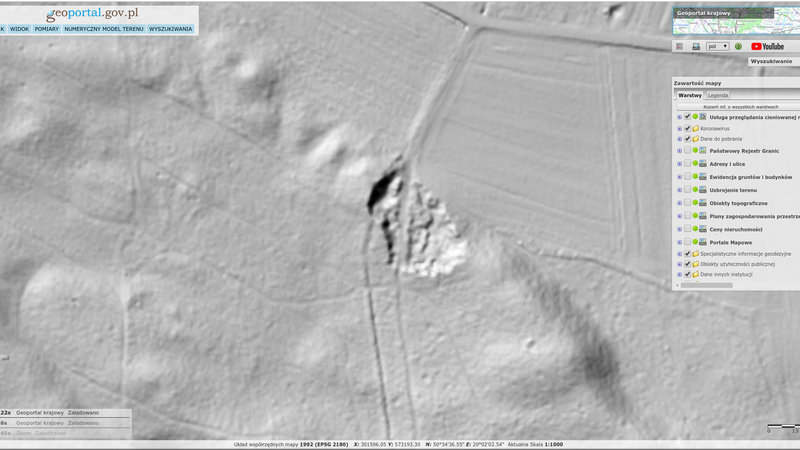 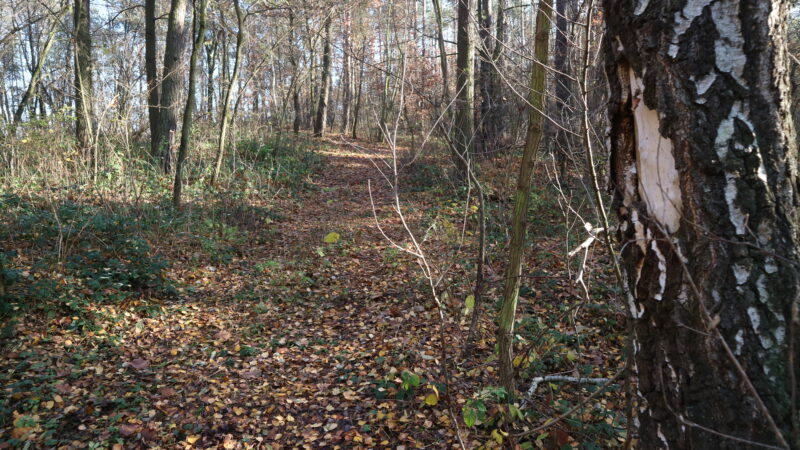 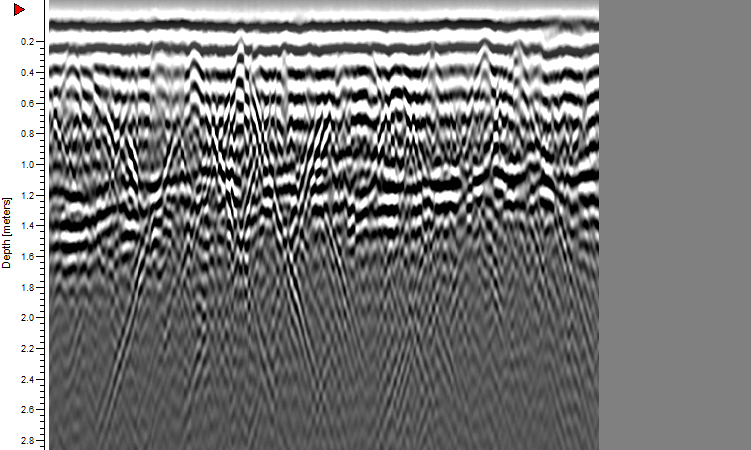 We are still looking for information on the identity of the victims and the location of Jewish graves in Sędziszów. If you know something more, write to us at the following address: fundacjazapomniane@gmail.com.

IPN BU 2448/325, questionnaire: “Executions” from The Chief Commission for the Examination of German Crimes in Poland, Jędrzejów district.

IPN GK 163/4 Questionnaire about mass executions and mass graves in Sędziszów from the collection of town surveys.

The Register of Killing Sites and Crimes committed by the Germans in Poland between 1939 and 1945. Kieleckie Voivodeship. Warsaw 1980 (fragments).