Towards the end of 1942 the ghetto in Nałęczów was no longer functioning – in May most of the Jews were transported to the Sobibór death camp. Only a small workcamp remained. Since the spring the ghetto in Wąwolnica hadn’t existed either.

In autumn of that year (probably on the All Souls’ Day) Germans took several people from Nałęczów. Then, on the market square in Wąwolnica, more people joined them and the whole group was led towards Rogalów. At the foot of the so-called Rogalowska Hill 9 or 10 Jewish women and men were shot to death. Among them there was 22-year-old Rachela Tarczyc who completed seven grades of the state school in Wąwolnica and then worked as a servant for mayor Miller. Among the victims there was also Szmul Ajzensztark, approx. 50 years old, who had his own workshop in Wąwolnica. His only daughter Estera went to school with Rachela Tarczyc. On that day a man called Puławski (approx. 50 years old) and an unknown 20 or 30-year-old woman were also killed. Nothing is known about the remaining victims.

Each of the quoted witnesses observed the events from a different perspective. We let them speak:

“I saw Germans leading a group of Jews through Wąwolnica, on the road towards Rogalów. It was 5 or 6 people, only men. They stopped at the market square in Wąwolnica and took the young Jewish woman who worked as a servant for the mayor. Then they led the whole group out of Wąwolnica. I followed them on the road in a distance and saw Germans taking the group to the Rogalowska Hill.” (IPN LU 284/389 vol.1 p. 16)

“The execution took place about 50 metres from my house. I didn’t look through the window […], I just heard shots. […] One of the Germans told a young Jewish woman called Rachcia to take off her shoes. […] When Germans left the place of execution I went [there] and saw murdered Jews lying face down. I didn’t come closer because I couldn’t stand that terrible sight.” (IPN LU 284/389 vol.1 p. 14)

Among the murdered, apart from the aforementioned Rachela, there was also a tailor known as “the hunchback” and a cobbler known as Puławski. The men were approximately 50 years old while the women (who were at least two) were in their twenties. “Rachela was my age and she was 22 years old then.” (IPN LU 284/389 vol.1 p. 8) To this day the Jews have been buried in a common grave.

Initially, the site of the grave has been marked with a symbolic wooden matzevah put up as a part of the “30 matzevahs in 30 days” project in September 2017 – its objective was to mark places of the Holocaust in southern and eastern Poland. The partner of the project was the American Matzevah Foundation.

A year later, on 21 June 2018, the grave was permanently commemorated and safeguarded. On that day a commemoration service and a prayer at the grave of the Holocaust victims were conducted in the Twisted Forest. The ceremony was co-organised by the Rabbinic Commission for the Cemeteries, the Matzevah Foundation, the “Well of Memory” Association, representatives of clergy, local authorities and the citizens of Rogalów. 98-year-old Ms Janina Ziółek who went to school with Rachela Tarczyc was also present. She had been lighting a candle on Rachela’s grave for many years after the war. Thanks to her we were able to uncover the names of the victims.

That way the murdered Jews received a tombstone and their remains have been safeguarded. We hope that through this ceremony we managed to bring back the memory of those victims who – until now – were nameless.

We would like to wholeheartedly thank the community of Rogalów for their engagement, help and support:

We would like to thank the “Well of Memory” Association and Ms Joanna Świderska for their invaluable help.

The LIDAR survey is not helping in this case. 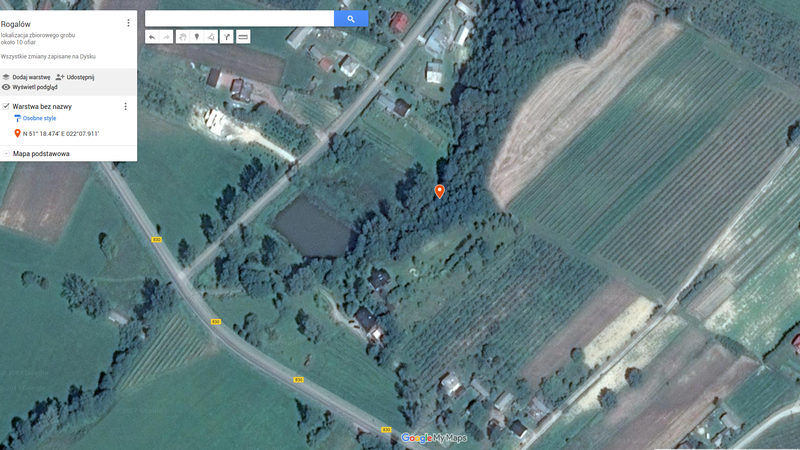 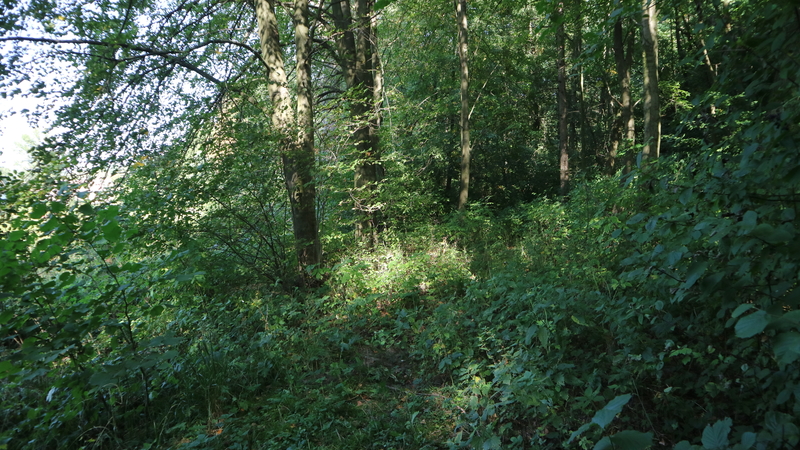 We are still looking for information on the identity of the victims and the location of Jewish graves in Rogalów. If you know something more, write to us at the following address: fundacjazapomniane@gmail.com.