The Jewish cemetery in Rejowiec.

The ghetto in Rejowiec was one of many so-called „transit ghettos” opened in the Lublin District in the early 1940s. They were located in the proximity of railway tracks leading to death camps in Bełżec, Sobibór and Treblinka and served as temporary prisons for Jews deported from the Reich, the Czech and Moravia Protectorate and Slovakia on their final journey. The wave of displacements and deportations reached Poland as well. Some Jews from Cracow and Lublin ended up in the ghetto in Rejowiec. The first transport of displaced people from Nitra in Slovakia arrived on 16 May 1942. In April and May 1942 five transports of Slovakian Jews and one transport from the Czech and Moravia Protectorate arrived – altogether approx. 6000 people. The last chapter of the history of the ghetto in Rejowiec took place in August 1942. On that day an SS unit and Ukrainian wachmen commenced the displacement of the majority of imprisoned Jews. The residents of the ghetto were gathered on the main square for a triage. Those who were unable to walk to the train station were shot in front of everyone. The rest of the Jews were rushed to the train station – many of them were killed on the way. Approx. 100 people were left behind – they were employed in the local sugar plant and in 1943, after the liquidation of the so-called “partial ghettos” in the Lublin District, they were sent to Majdanek or Sobibór (R. Kuwałek, 2004.)

The course of these dramatic events remained in the memory of eyewitnesses who testified after the war in front of Polish law enforcement: “One day Germans gathered all the Jews from the ghetto in one place, formed a large column and ushered them towards the train station located about 4 km away. The German escort shot many of those Jews on the way. […] They were buried on the Jewish cemetery” – one of the witnesses testified in front ofThe Regional Commission for the Examination of German Crimes in Poland in Lublin in November 1967. Another one said: “I saw with my very own eyes that while walking Jews to the train station, Germans shot [some of] them and then ordered Poles to take corpses to the local cemetery and bury them in ditches prepared earlier.” The exact number of murdered Jewish men, women and children is difficult to estimate. According to one of the witnesses who testified in late 1960s or early 1970s in front of the Commission in Lublin: “In 1943 or in early 1944 […] I saw all the Jews from the ghetto being gathered on the square opposite the school […] and ordered to walk to the train station. When the Jews set off, Germans started shooting them from machine guns they prepared earlier. Apparently, there were 3000 Jews. Only a handful reached the station.” Another eyewitness remembers an execution of 132 Jews from the ghetto in Rejowiec. (Document no OKL/DS.387/67.)

On the 25th of March 2015, a GPR surveys at the Jewish cemetery were carried out. The surveys were conducted in two areas selected basing on an aerial photography interpretation (GPS: 1. N51°5.5236’E 023°16.494′, 2.N51°5.5349’E023°16.4664′). In the first area, GPR survey indicated numerous ground disturbances with straight edges, among them a very clear and correlated ground disturbance on all GPR profiles taken in this location. The ground disturbance size is approximately: length 5.0 m, width approx. 2.0 m, depth approx. 1.6 m.

The results of the survey confirmed the presence of numerous point ground disturbances in the second aera. The supposed depth of them approx. 0.5-1.0 m. These ground represents individual excavations which can be single graves.

An aerial photography query was conducted resulting in obtaining a military aerial photograph (unknown date). The interpretation of the photo indicated two locations in the eastern part and the western cemetery plot with very clearly visible ground disturbances. 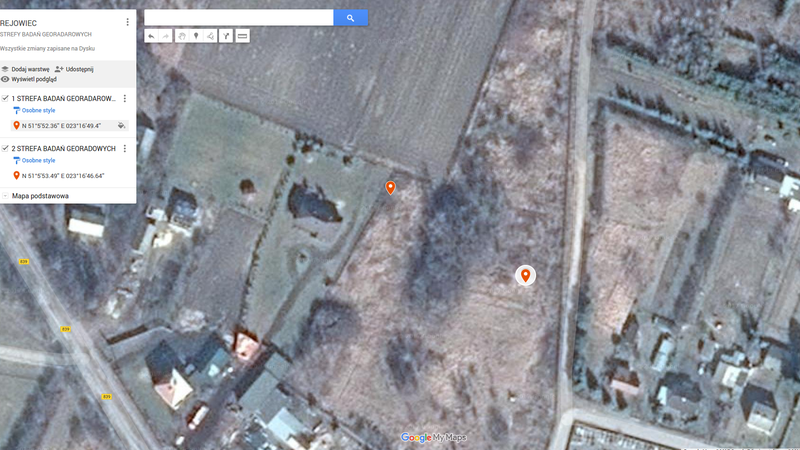 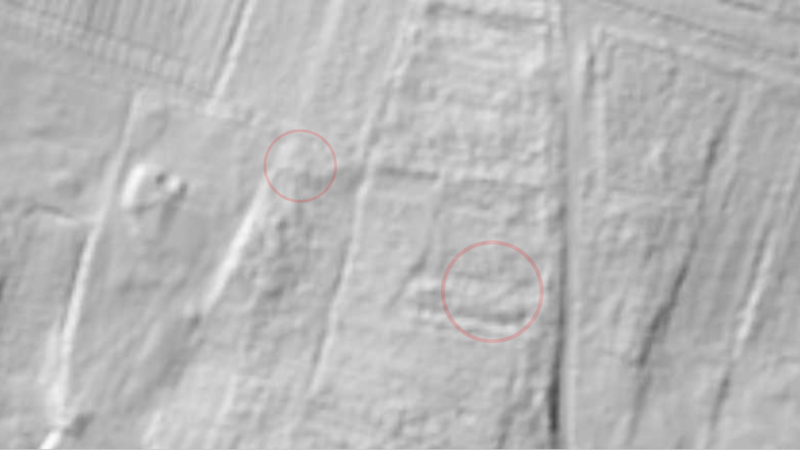 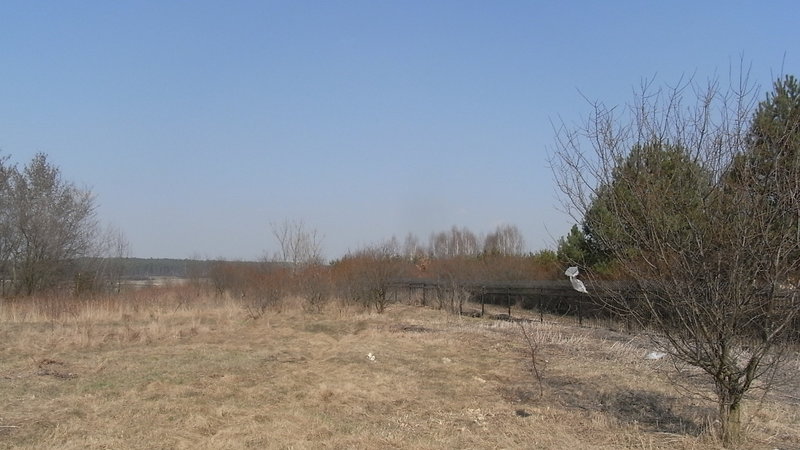 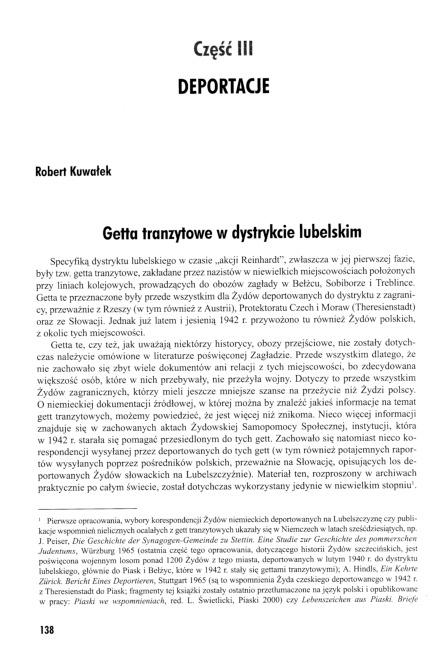 We are still looking for information on the identity of the victims and the location of Jewish graves in Rejowiec. If you know something more, write to us at the following address: fundacjazapomniane@gmail.com.

Selected attachments from case OKL / Ds.387 / 67 regarding crimes committed in 1940-44 against the population of Jewish nationality in the ghetto in Rejowiec, Chełm district.

Copy of letters from May 18 and 24, 1989 of an unknown former prisoner in the Rejowiec ghetto. A sketch-situational plan was attached to the letter with the indicated place of mass murder and grave. Between the first and third part of the Rejowiec Ghetto, which separated by M. Reja street, from the Kalinowski collection.

IPN BU 2448/555 – document regarding the extermination of the Jewish population in the town of Rejowiec.

IPN Lu 1/13/24, the former Regional Commission for the Examination of German Crimes in Lublin, Questionnaire of places and facts of German crimes Chełm district.