A forest within the borders of the Balczewo Forest Inspectorate.

In March 2015 the Rabbinic Commission for Cemeteries received information from residents of Inowrocław that in a copse within the borders of the Balczewo Forest Inspectorate scavenging foxes unearthed human remains. A prosecutor from the District Public Prosecution Office arrived to investigate. Local activists and historians also got involved pointing out that in a distance of approx. 1000 metres from the place were remains were found, between the summer of 1941 and the autumn of 1943 a German workcamp was in operation. In January 2015 Katarzyna Podczaska wrote about the history of the Radejowice camp for a local newspaper ino.online: “A village with a rich history. A workcamp for Jewish women.” The workcamp was meant to be operating from the house and outbuildings previously owned by a dispossessed Polish man, Franciszek Piotrowiak. The prisoners were used for drainage works on the road between Bachorce and Gopło and for re-forestation. According to the documents from the archives of the Committee for the Protection of Struggle and Martyrdom Sites in Bydgoszcz, in the autumn of 1943 the Jews were taken away from Radejowice to an unknown destination.
That was why the assumption that discovered remains belonged to the missing Jews was sound. The Commission requested the Public Prosecution Office not to conduct invasive research on the bones and offered to re-bury the discovered remains. Due to the risk of the bones being dug out by foxes again, on 3 August 2015 the discovered bones were solemnly re-buried on the Jewish Cemetery at Okopowa Street in Warsaw in accordance with the Jewish rites.

On 30 June 2015 the Commission conducted an inspection of the site where the bones had been found, together with representatives of the Police and the Forest Inspectorate as well as activists and local residents. During the site inspection a non-invasive ground-penetrating radar research of the alleged WWII grave was conducted. It was impossible to find any eyewitnesses of the actual murders – only witnesses who confirmed the existence of the workcamp and of the fact that women worked there.

On the 30th of June 2015 a GPR survey of the place identified as mass grave and where human remains were found was carried out (GPS: N52°43.345’E018°23.086′). The results of the survey indicated the presence of numerous ground disturbances. The size of exanimated aera is: length approx. 8.0 m, width approx. 4.0 m, depth approx. 1.0 – 1.4 m. This place requires further comprehensive GPR survey.

The LIDAR survey indicates a very extensive excavation, which is located next to the place where GPR survey was carried out.

A photo plan of this aera has been obtained. Due to small scale, a meaningful interpretation is not possible.
The aerial photography query for this area wasn’t ordered. 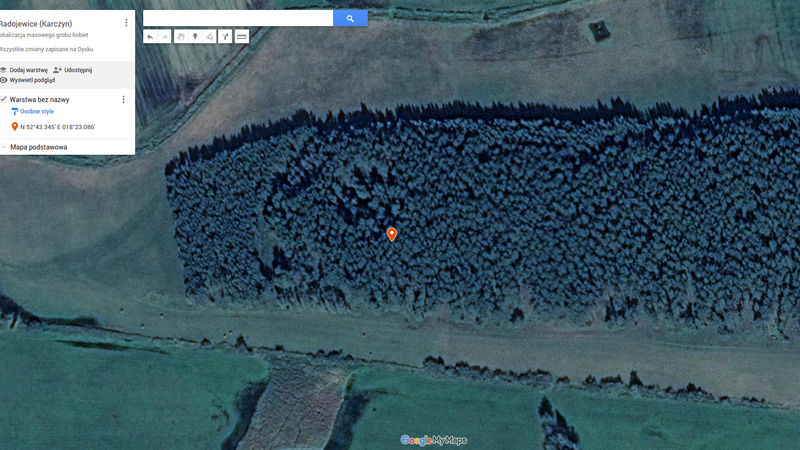 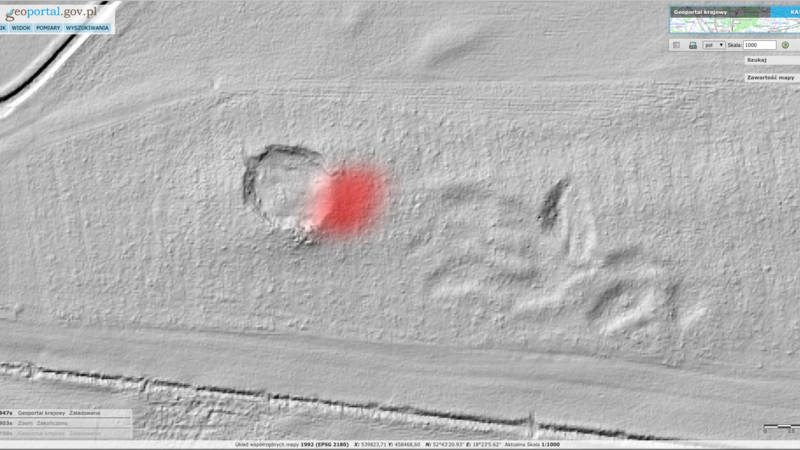 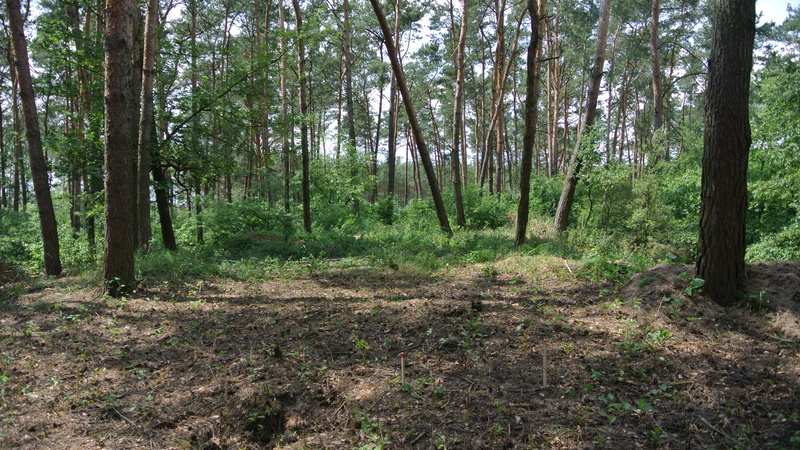 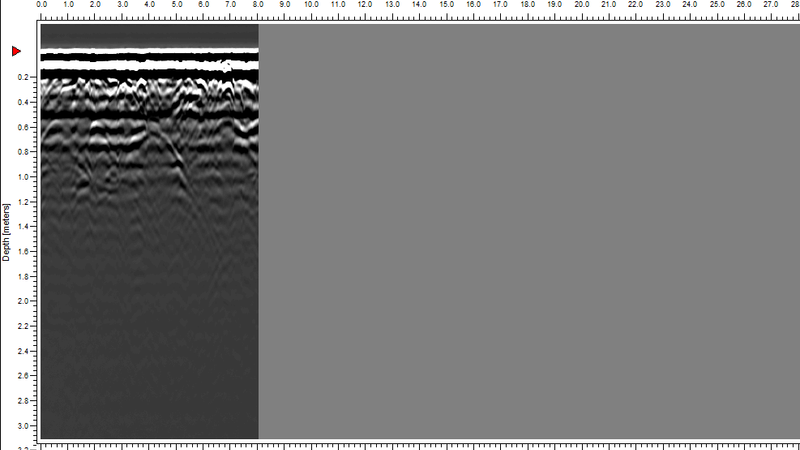 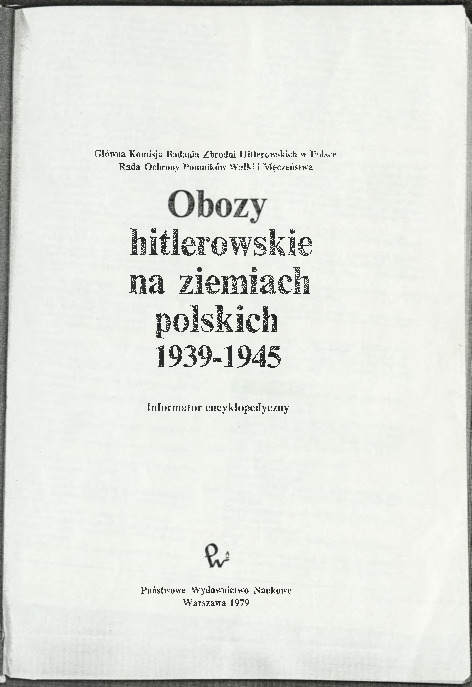 We are still looking for information on the identity of the victims and the location of Jewish graves in Radojewice. If you know something more, write to us at the following address: fundacjazapomniane@gmail.com.

From research on the extermination of Jews in Pomerania and Kujawy, the Provincial Committee for the Protection of Struggle and Martyrdom Sites in Bydgoszcz, Bydgoszcz 1993, p. 52.