5 people from the Goldszmit family: (two men, two women and one child)

In July 1943, in the „Mosty” forest, the remains of eight people (5 men, 2 women and one child) were buried in a mass grave. According to the witness account, they were members of two Jewish families who lived in Polichnia before the war. In the Spring of 2018 we met Eugeniusz K. (born in 1931), who was a witness of the execution and burial. During the site inspection, the witness provided details of this event and indicated approximate location of the burial:

„- You said you witnessed the execution next to the bus stop .”

– They killed my friend there. Two of them who lived there went to school with me: Riwka was from Chyl [family], and Josek was from Lejbuś [family].

– What was your friend’s name?

– Please tell us, how it was done, what do you remember?

– They brought them by carts, … the peasants (…), they dug out the pit, undressed them. That grandma still wanted to go to the forest, so they shot her in the ditch, on the edge of the forest. From Lejbuś family Josek and both his parents died, and from this second family, her name was Balka, she died, and her parents and the grandmother too, but I don’t know whose grandmother it was.

– So how many people were there?

In the same forest there is a grave of the five-person Jewish family named Goldszmit (two men, two women and one child). Before the war, the Goldszmit family ran a farm. Once  the persecution of the Jews intensified, they hid in the attic of one of the local farmers. During the day they stayed in the attic, at night they were going out for food to the farmer that rented their field. This lasted until the end of 1943 when the Jewish family was arrested and executed. (IPN BU 2448/569)

On April 12, 2018 and July 25, 2018 the site inspections were carried out in the area (approximate coordinates of the grave: N50°50’45.54”E022°17’33.19”) where the mass grave of six victims is located. Local residents and witnesses confirm the indicated area as the approximate location of the mass grave, however they were not able to precisely indicate the place of burial.

Numerous disturbances of the ground can be observed in this area on the topographical relief image. In the past, this place was marked by the trees growing by the grave, moreover, the characteristic arch on the border of the plots and the close distance to the edge of the roadside allowed reaching the exact location of the grave. On August 10, 2018, GPR data was collected in the part of the area indicated as the most probable grave location. The results confirmed the occurrence of various anomalies in this place, which in their format may correspond with the number of the victims. In the case of this location, precise identification is not possible. Aerial photography query was not ordered for this area. Currently, the landscape of this location has completely changed due to the construction of the highway.

On April 12, 2018 the site inspection was carried out in the presence of the witness who indicated the approximate location of the mass grave of 8 victims (approximate GPS coordinates: N50°50.864’E022°17.570′). The indicated place was located by the witness with the use of reference points, which are the forest paths in this area. The LiDAR image shows numerous disturbances which in this case play an important role. During the site inspection with the witness, a preliminary GPR survey was made. The results for this location are inconclusive. The area indicated by the witness requires further research to determine the precise location of the burial place. Aerial photography query for this area was not ordered. 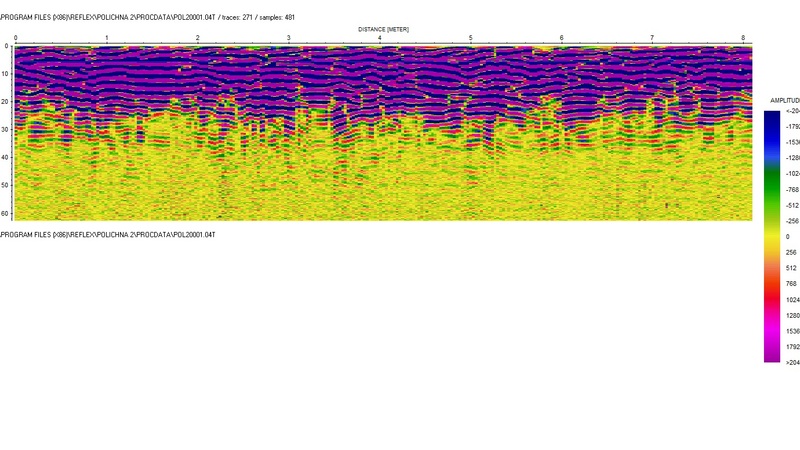 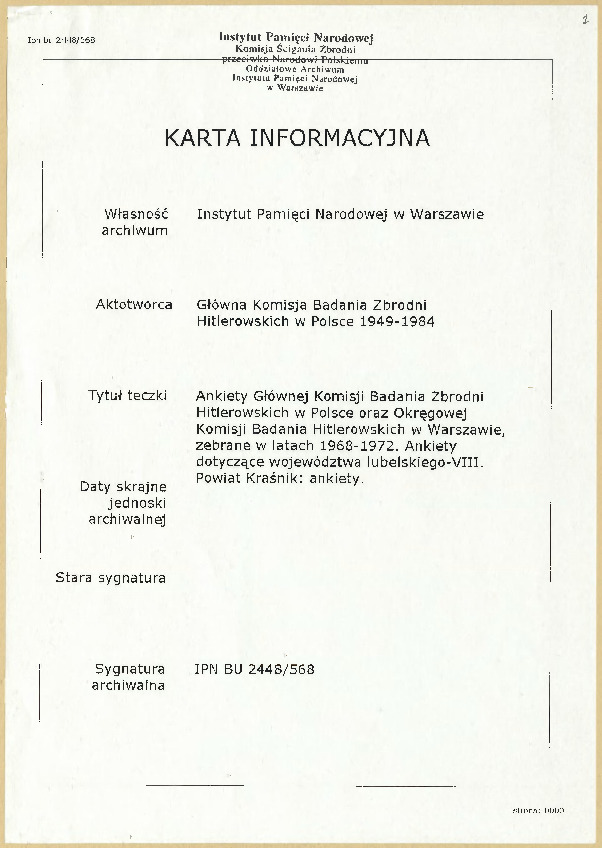 We are still looking for information on the identity of the victims and the location of Jewish graves in Polichna. If you know something more, write to us at the following address: fundacjazapomniane@gmail.com.