A private arable field next to the main road in the village.

A Polish farmer, Feliksa Brygoła from Poizdów-Kolonia, was hiding Jews from Kock, men and women. They spent about a year in the hideout, up till the summer 1943. “In July 1943 Feliksa Brygoła’s steading where Jews were hiding was surrounded. At that time some of the Jews were in the barn eating. There was three of them. After murdering the Jews the military policemen murdered everyone from the Brygoła family who was present: Feliksa Brygoła, her son Stanisław (18 years old), her daughter Janina (12 years old), her married daughter Florentyna Zdunek (25 years old) with her one-year-old daughter (the child was killed in her mother’s arms.) At that time some Jews were hiding in the rye field and those ones survived. It was difficult to establish the names of the Jews.” (IPN Lub 501/66, p. 120) The Polish family was buried on their own land. After some time, still during the occupation, their bodies were exhumed and moved to the cemetery in Kock. The Jews have been lying in the forgotten grave to this day. According to the Questionnaire of mass executions and mass graves from 1945, the bodies of three Jewish men were placed in a ditch measuring 2 metres by 2 metres (IPN GK 163/16.)

A similar course of events in Poizdów-Kolonia was presented by Jan B., a resident of the village, during the site inspection on 3 June 2014: “We could see it from our place. A German gave me a gun and he shot Florka twice [Florentyna Zdunek.] They killed all of them – Staś, Florka and the 12-year-old girl. They were buried under a tree and then moved to Kock. When Germans were still here.” (Poizdów-Kolonia, 3 June 2014.)

As far as Jews were concerned, Jan confirmed that out of all the Jews in hiding, some of them survived: “One of them was Chaim Jankiel. […] When they killed those Jews, we came here. The mayor ordered us to bury them. Three Jewish women came out then, they had a good hideout. Jewish men were outside escaping while the women stayed. They stayed for a couple of days, then there were two of them, then one. They went away somewhere. […] Here, next to the road, three Jewish [men] are buried.” (Poizdów-Kolonia, 3 June 2014.) 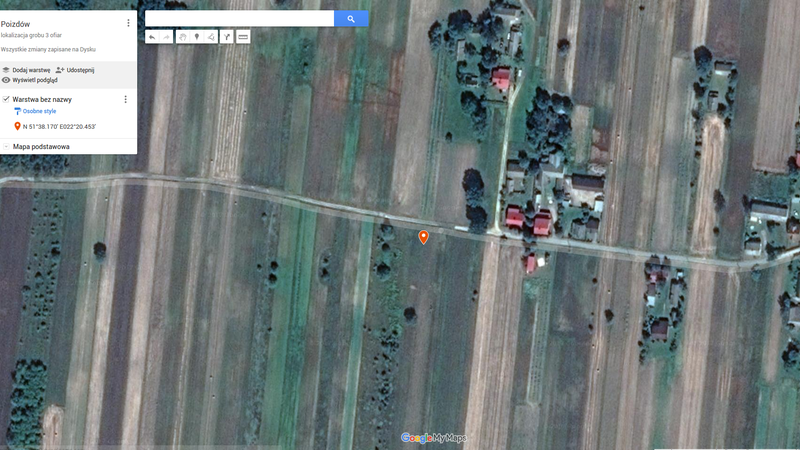 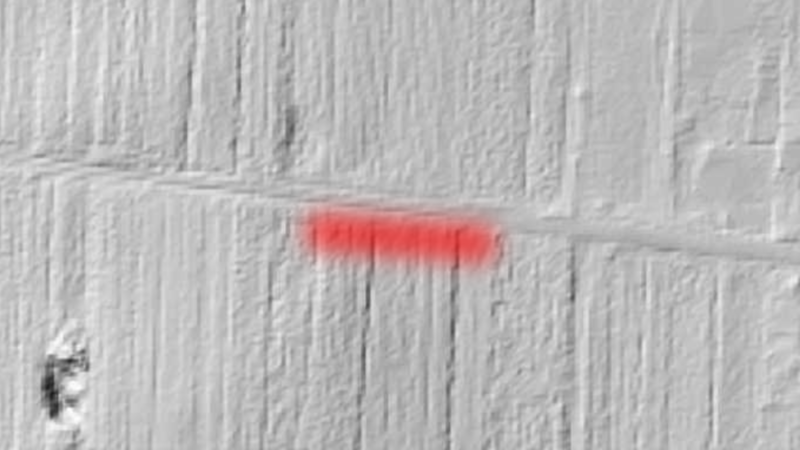 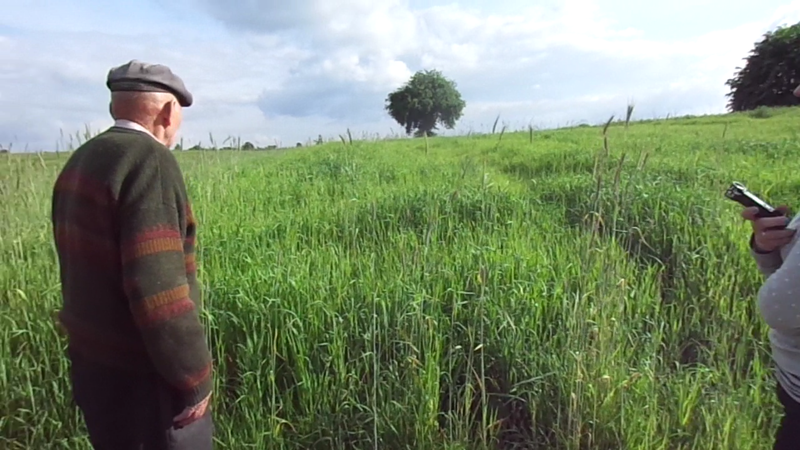 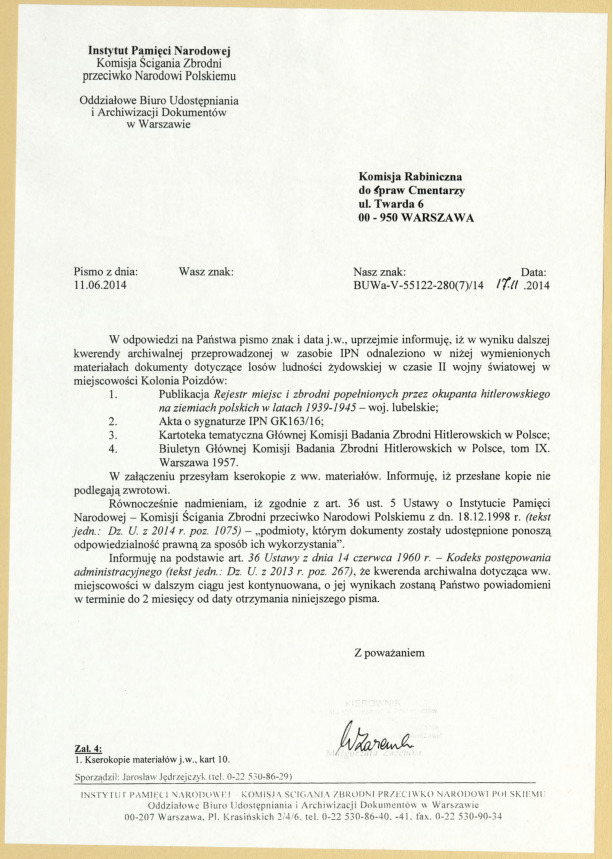 We are still looking for information on the identity of the victims and the location of Jewish graves in Poizdów-Kolonia. If you know something more, write to us at the following address: fundacjazapomniane@gmail.com.

IPN BU 2448/595, Questionnaires of the Chief Commission for the Examination of German Crimes in Poland.

Newsletter of the Chief Commission for the Examination of German Crimes in Poland, volume IX. p. 10, Warsaw 1957.