Ochotnica Dolna – grave no 1 (by the river)

The clearing by the Ochotnica river in Tylmanowa, a grave of an unknown number of people from neighbouring villages; in a close proximity – a grave of the owners of the sawmill (3 people, possibly the Apfelbaum family.)

At least two Jewish graves of Holocaust victims are located by the Ochotnica river in Tylmanowa (the borough of Ochotnica Dolna.) In 2008 during a research camp organised by the Jagiellonian University’s Study Club of Historians (in cooperation with the Małopolskie Voivodship Office) information was collected about:

The presence of mass graves in Tylmanowa is confirmed by the following statement: “I don’t remember the date but sometime in the late spring 1942 or 1943 the Gestapo man Konig came to my flat and told me in Polish that on the Rzeka estate in Tylmanowa there were 5 corpses and I was meant to take care of their burial. I went to the estate and I saw 5 corpses in the garden of Jew Furman. They were all shot. I saw that three bodies belonged to men and two to women. These people were older, above 50 years of age. The corpses covered in blood were lying in different parts of the garden which looked like they were shot while trying to escape. […] [The bodies] were buried next to Izaak Furman’s garden. Apart from these bodies, 7 Jews brought from Ochotnica were buriedin the grave. The bodies of the Jews from Ochotnica were of younger people. They were bodies of 2 men and 5 women. Out of those bodies, I knew only Adela Jakubowicz. She came from Tylmanowa but Germans encountered her in Ochotnica and shot there.” (S 24/04/Zn p. 50)

Statements of the witnesses testifying in front of the District Commission for the Investigation of Hitlerite Crimes in Cracow as a part of the investigation into the Nazi crime in Ochotnica and Tylmanowa no S 24/04/Zn (previously: S 67/70 The Pacification in Tylmanowa and Ochotnica, Nowy Targ District) confirm that there were numerous murders of Jews in Ochotnica: […] “The Gestapo men came to Ochotnica several times and they shot every encountered Jew. Towards the end of August 1942 the Gestapo ordered Jews to leave their homes and travel to Nowy Targ. At that point all Jewish families left Ochotnica. (S 24/04/Zn p.99) “After some times the Gestapo came to Ochotnica again and went from door to door shooting Jewish men and women.” (S 24/04/Zn p. 78)

The murder of the sawmill owners has been remembered by the residents of Ochotnica Górna: “During the occupation I lived in Ochotnica Górna. Several Jewish families lived there: Apfelbaums were the owners of the forest; another family who owned the shop and the inn, I don’t remember their name – we used to say: [going] to Rywka. I remember that in 1942 the Gestapo men from Krościenko came to Ochotnica. Two wives of the Apfelbaum brothers were at home. They were 40 years old. The Gestapo men led them from their home to their own sawmill and took their lives by shooting them.” There is no information about a site of burial in the testimony. (S 24/04/Zn p. 29-30)

The LIDAR survey is not helpful due to the lack of exact indication. 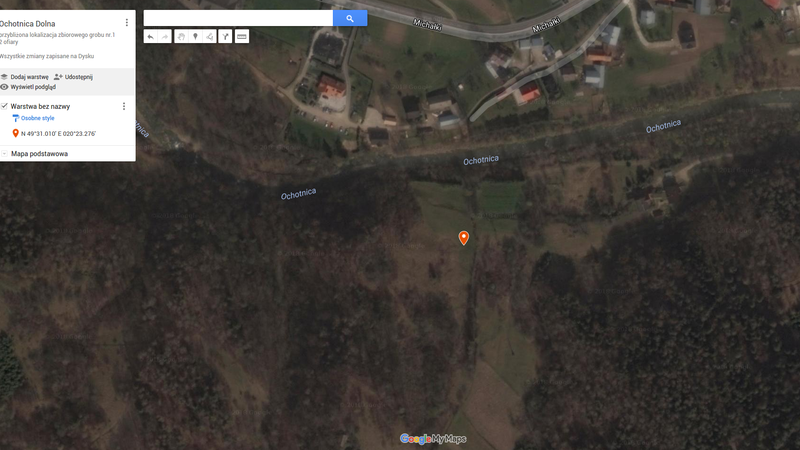 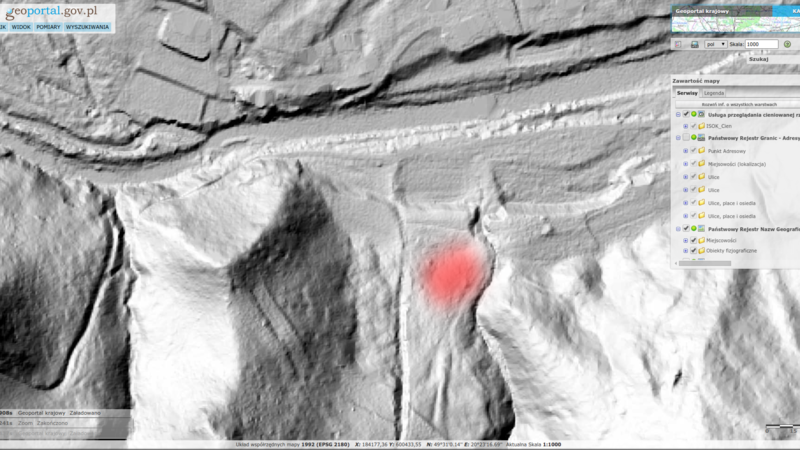 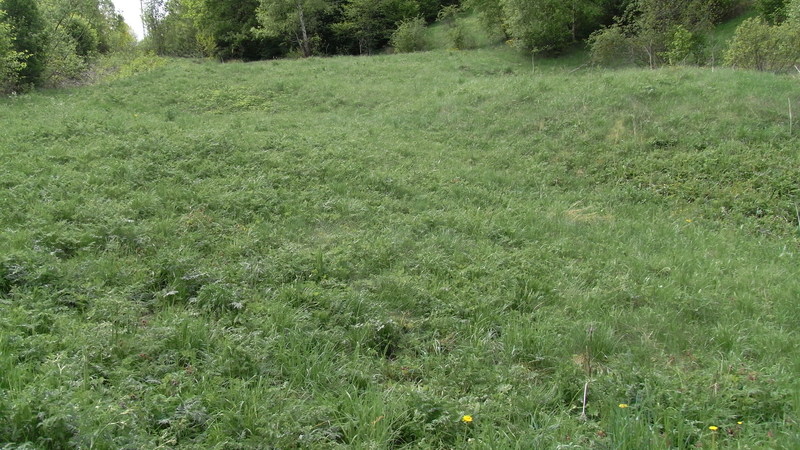 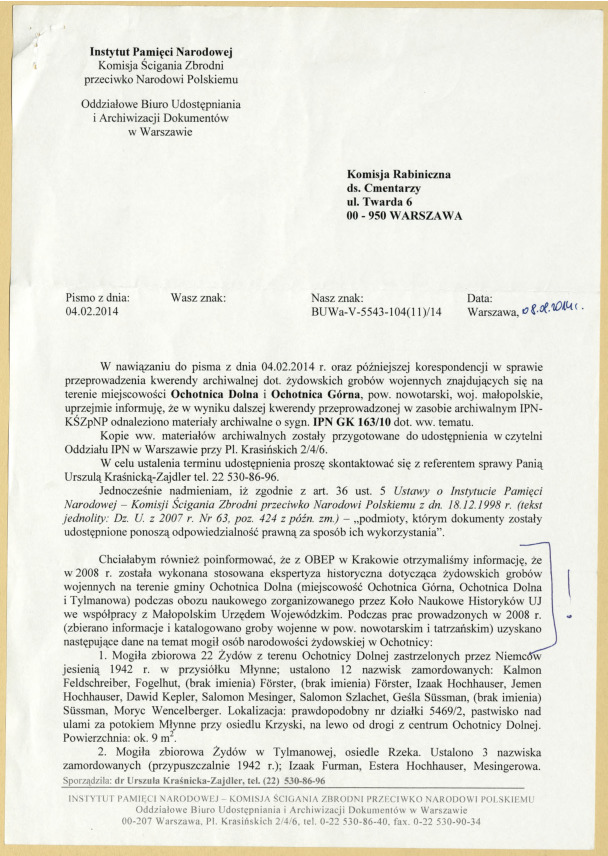 We are still looking for information on the identity of the victims and the location of Jewish graves in Ochotnica Dolna. If you know something more, write to us at the following address: fundacjazapomniane@gmail.com.

Resources of the Zapomniane Foundation, cover letter of 6/05/2014 of the Institute of National Remembrance, the Commission for the Prosecution of Crimes against the Polish Nation in Krakow, together with copies of the testimony of 11 residents of Ochotnica and Tylmanowa, who testified at the turn of July and August 1975 regarding the German crime in Ochotnica and Tylmanowa, file no. S 24/04 / Zn.

IPN BU 2448/475, the Chief Commission for the Examination of German Crimes in Poland, Archives of the Kraków province, Nowy Targ district, repression of the Jewish population before the creation of the ghetto.

IPN BU 2448/473, the Chief Commission for the Examination of German Crimes in Poland, Archives of the Cracow province, Nowy Targ district, Executions.