In the village of Niziny, 9 km from Staszów (a mass grave of 740 victims.)

8 November 1942 has been rememberd in Staszów as “the black Sunday”. The liquidation of the ghetto is Staszów took place then which involved the expulsion of its 5000 residents. This is how eyewitnesses described that day:

Stefan S. testified in 1969: “In the autumn of 1942 the Germans started the liquidation of the ghetto in Staszów and the deportations of Jews to a death camp. The columns [of Jews] were led towards the village of Sielec. On the 1.5 km long road the escort comprised of Latvians, Lithuanians and Ukrainians shot at least 800 Jews, including women and children.” (AOK, Ds.10/72 vol. 1, Record of a hearing, Kielce, 1 III 1969, k. 7)

“At 10 am the criminal Szild gives an order: march out. A transport of approx. 5000 Jews – our fathers and mothers, wives and children, sisters and brothers – started their final journey escorted by 150 murderers. As soon as the first rows entered Krakowska Street, the murderers started shooting with dum-dum bullets. As it was later said, the first victims were Naftali Tenenbaum and Dawid Rozensztok with his wife. When Meir Goldhar saw his wife collapsing, he left the column and told the murderers to shoot him. His wish was fulfilled. Meir Jenkl Guterbajm fell near his own shop. That way the murderers didn’t stop shooting into the crowd and the whole road was peppered with innocent victims. Jewish blood covered Krakowska Street down to the river. […] The route of ill-fated Jews from Staszów led through Stopnica and Szczucin to Bełżec – the second Treblinka. A thousand Jews were killed before they reached Stopnica. In the village of Niziny, 9 km from Staszów, a mass grave for 740 victims from Staszów was dug.” (Zarębski, 1992 p. 32)

The existence of a mass grave of approx. 700 Jews from the ghetto in Staszów located in Niziny is recalled by Julian T. (born in 1922), an eyewitness and a participant in the burial of the bodies of the murdered Jews: “It was during the war and the Nazis were ushering Jews from the direction of Staszów through Niziny. It was a long column of Jews, including women and children who probably constituted the majority. My wife Kazimiera saw a Nazi shooting a Jewish woman who couldn’t walk any further and stopped. The killed woman was lying next to the road. After the column had passed I heard more gunshots. Later the mayor ordered us to gather Jews lying alongside the road. I was allocated to burying the bodies. A place was chosen in the forest [near] Ścigno, it was a sandy area. Together with a group of residents from Niziny we dug a large ditch. Three carts full of dead Jews came over, they were thrown in the ditch and we covered them with soil. Around 1950 I heard that their bodies were exhumed and moved to the cemetery in Stopnica. I had this information from a gamekeeper.” (An eyewitness’ account, Niziny, 7 May 2011.)

Unfortunately, during a site inspection on 10 July 2015 we did not manage to establish the location of the mass graves in Niziny. The information about the exhumation after the war also has not been confirmed as yet.

The LIDAR survey indicates places that could potentially be mass graves. 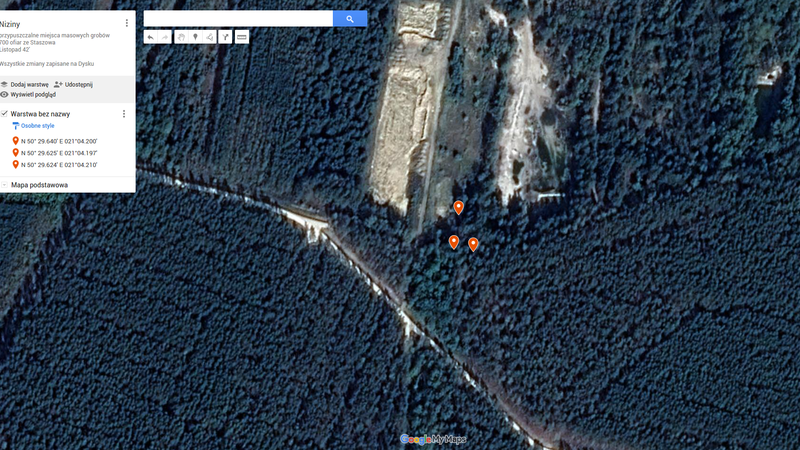 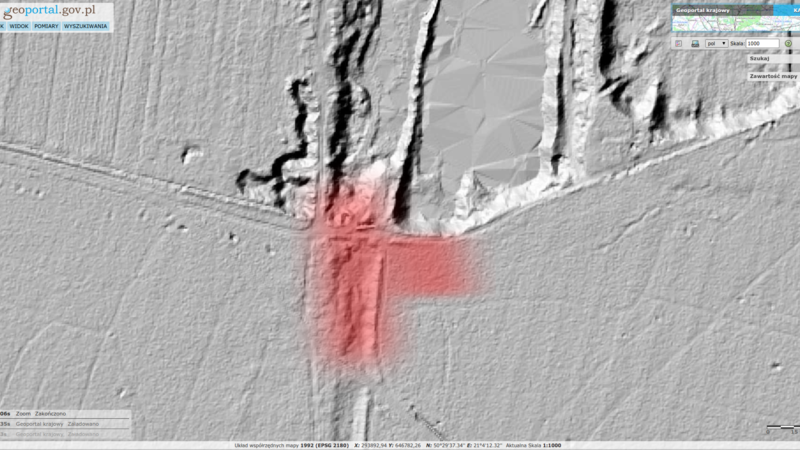 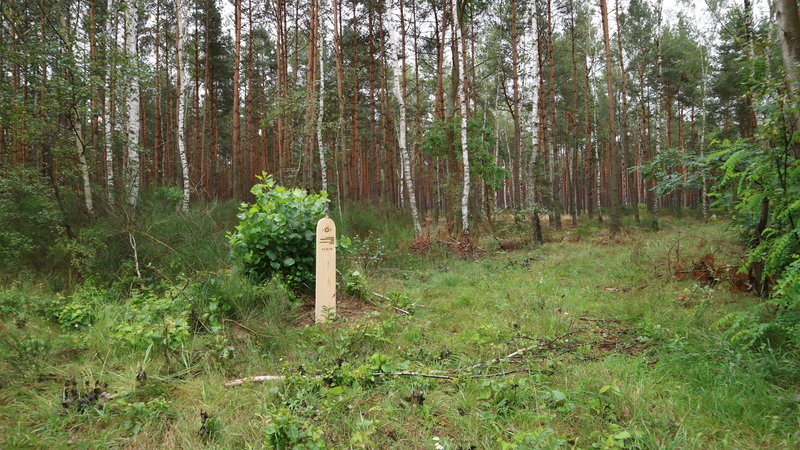 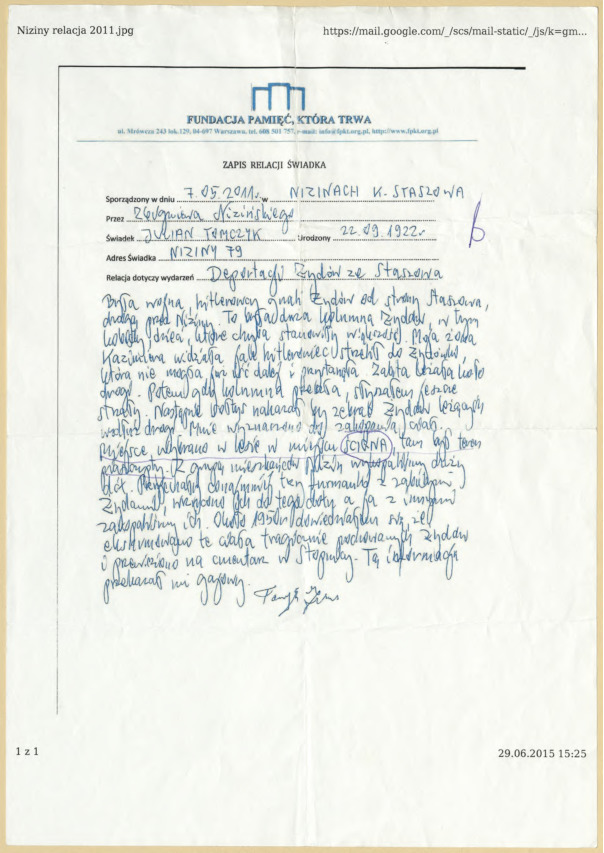 We are still looking for information on the identity of the victims and the location of Jewish graves in Niziny. If you know something more, write to us at the following address: fundacjazapomniane@gmail.com.

Record of account of witness Julian z 7 May 2011 from the resources of The Lasting Memory Foundation.