“It was in February and they stopped me. I was walking to get lunch on a February afternoon. [A German] looked at my ausweis, saw that I worked here and said that he was taking me to work for two hours. Would you say that you wouldn’t go? […] We went to get Riedinger [Filip Riedinger – the chief of the Gestapo in Miechów]. There was a gardener who had been shot. Later we took him there [to the Jewish cemetery.] We went further, passed the secondary school, there was another man shot  but I don’t know who he was. We took him and we entered the ghetto – and it was a butchery… […] The militia men, craftsmen, Jewish civil servants were all gathered in a yard. They were ordered to lie down and they were shot. The Gestapo men shot everyone, I saw that… […] Later two Gestapo men ordered us to search their pockets, take everything out and put it in a briefcase: watches, gold, money, whatever these poor people had. They filled two briefcases. There were around 40 Jews, craftsmen. I remember Gruszka, he was an electrician, an elderly Mr Gruszka, I remember him. […] If someone covered their head when they were shooting, they lost their fingers… And they also ordered [us] to undress the bodies and take them to the cemetery in their underwear. They are buried there. I ran away and could not eat or sleep for a week! I couldn’t… To [treat] a man like that… It was a massacre! They were people!” (Miechów, June 2014.)

The Jewish cemetery in Miechów lies between Piłsudskiego Street and Powstańców 1863 Street. The mass grave in which the people murdered in front of Józef’s eyes are buried is meant to be located about 15 metres from the Piłsudskiego Street, in the middle of the plot. Currently this is a private land and an arable field. Before the war it was cemetery’s reserve.

According to the documents kept by the Chief Commission for the Examination of German Crimes in Poland, the Jewish cemetery in Miechów was often the site of burial of the bodies of murdered Jews. In the second half of September 1942 Chaim Pinczowski (27 years old, student), Max Beller (48 years old, civil servant) and his wife Luba, 8 months pregnant at the time of death, were killed. The victims came from Miechów and their bodies were buried on the Jewish cemetery. Also in 1942 the military police from Miechów shot to death 32 people – men, women and children – for “going into hiding.” The victims were buried in one grave on the Jewish cemetery.

In January 1943 two murders of Jews took place in Miechów:

The bodies of the people murdered in both January executions were buried on the Jewish cemetery in Miechów.

During the site locations  carried out in 2014-2016 the approximate location of the mass grave located within the historical borders of the Jewish cemetery was possible to establish. Currently, this part (southwest) of the cemetery is a farmland. The witness indicated the location with approximation to several meters (GPS: N50°20.919’E020°01.961′).
No GPR survey have been conducted.
The LIDAR survey indicate ground disturbance caused by agriculture activity. It did not indicate ground  changes that can be interpreted as the place of a mass grave. 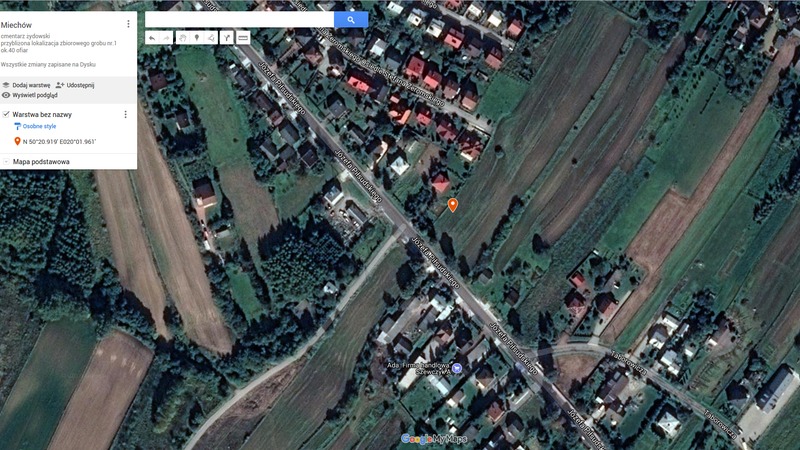 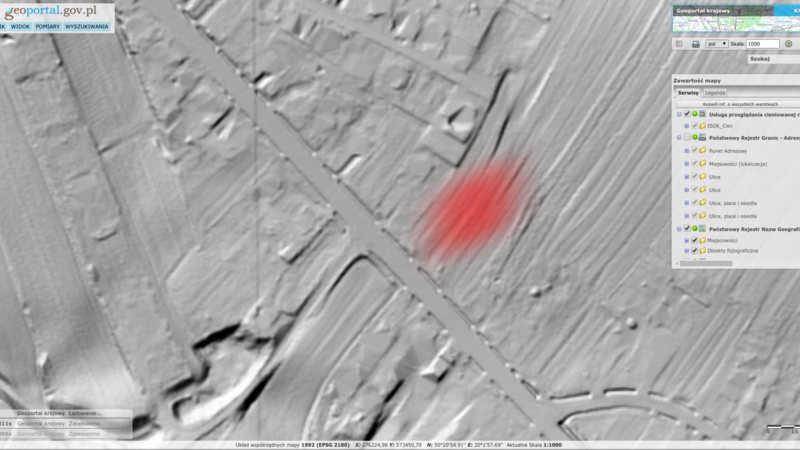 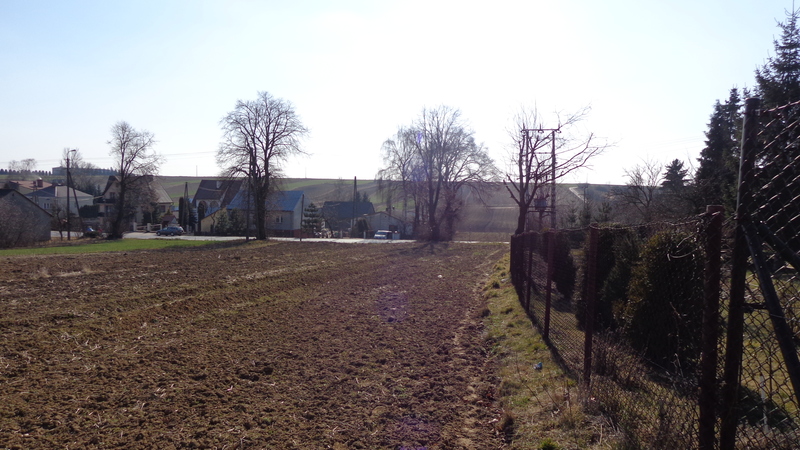 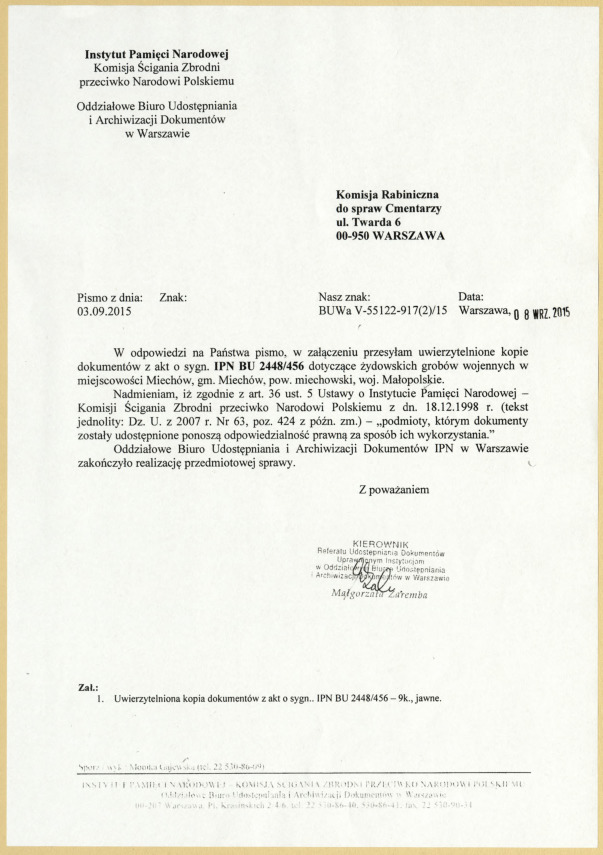 We are still looking for information on the identity of the victims and the location of Jewish graves in Miechów. If you know something more, write to us at the following address: fundacjazapomniane@gmail.com.

Publication of the Ministry of Justice, Executions in the Krakow province during the occupation of 1939-1945, Warsaw 1975.

Newsletter of the Chief Commission for the Examination of German Crimes in Poland, volume IX, Wydawnictwo Prawnicze: Warsaw 1957.

Photocopies of the investigation material ref. no. Ds. 26/68:

Photocopies of the investigation material reference number Ds. 1/69 against F. Schmidt, Kreishauptman’s deputy, suspected of carrying out numerous killings in the Miechów district, vol. I, p. 20-29, 73-76.

Letter from the Institute of National Remembrance, the Commission for the Prosecution of Crimes against the Polish Nation, the Regional Commission for the Examination of Crimes against the Polish Nation in Krakow to the Branch Office of Document Access and Archiving in Warsaw summary of the analysis of the files of investigations with file no. Ds 26/68 and Ds. 1/69.

Materials regarding Jewish war graves in Miechów (transcripts of witness testimonies, video and audio files with eyewitness accounts) were prepared thanks to funding from the association of Jewish Historical Institute as part of the project: “Jewish War Graves. Documentation.”