Jewish cemetery in Limanowa and the forest in Stara Wieś

The Register of Killing Sites and Crimes form the former krakowskie voivodeship (Warszawa, 1975) and the Survey of The Chief Commission for the Examination of German Crimes in Poland (IPN BU 2448/454) record the following crimes in Limanowa:

The detailed course of events from 10 and 12 July, 1942 that took place in Limanowa can be read in the article „Zagłada limanowskich Żydów. Ku jasnemu słońcu” by Łukasz Połomski: „The story of the Edner sisters who left the ghetto to buy some meat is remarkable. They were suffering from a terrible hunger. When Baumack [the head of the German military police in Limanowa] found out about everything, he arrested 16 Jews involved in it, including Edner sisters. They all got 25 lashes. On may 18 they were taken to the train station and the police car suddenly arrived. A gun was fired and everyone scattered. The Germans shot some of them. Edners hid behind a slope. The bodies were buried in the Jewish cemetery, and the blood in front of the railway station was covered with sand.

Baumack, angry with the Edners, arrested 12 of the most beautiful Jewish women from Limanowa. Among them was a philosophy student, Sara Blech. Policeman and volksdeutsch from Bielsko, Pisch, had his eye on her. As luck would have it, there were two Saras Blechs in Limanowa. Pisch arrested another Sara, uglier one, without his boss Baumack’s knowledge. Meanwhile, the “master of life and death” from Limanowa gave the Edners 24 hours to come forward and save the others. When the time was up, policemen took the Jewish beauties to the cemetery. Then Baumack realised about Sara Blech and ordered to bring the right one – the more beautiful one. He ordered the women to lay down, and the policemen to shoot. Pisch was supposed to shoot “his” Sara. He missed, his hands were shaking. Baumack scolded him and shot her in such a way that he smashed her head.” (www.limanowa.in, accessed November 3, 2020)

The place of the grave on the Jewish cemetery in Limanowa  was marked with a wooden matzevah in 2020 as part of the project  “Reference points  – marking 24 Jewish war graves with wooden matzevot ”. The project is an attempt to find a way of marking these places before they can be commemorated. Marking forgotten Jewish war graves with wooden matzevot is a subtle  intervention in the landscape reminding about what remains invisible, yet present in the memory of local communities. Being only a temporary commemoration, wooden matzevot invite local communities to discuss and take action, to discover the places, and perhaps to start their own memory practice related to them or to initiate a permanent commemoration.

The area has a dynamic topography, clearly visible in the LiDAR survey. Visible folds, marked in red, may be traces of depressions associated with collapsed mass graves. Some soil disturbances may be related to the partial exhumation carried out on November 11-12, 1947. There are soil disturbances also in the area around the folds.

Non-invasive research is planned for 2021. The aerial photography query for this area is ongoing. 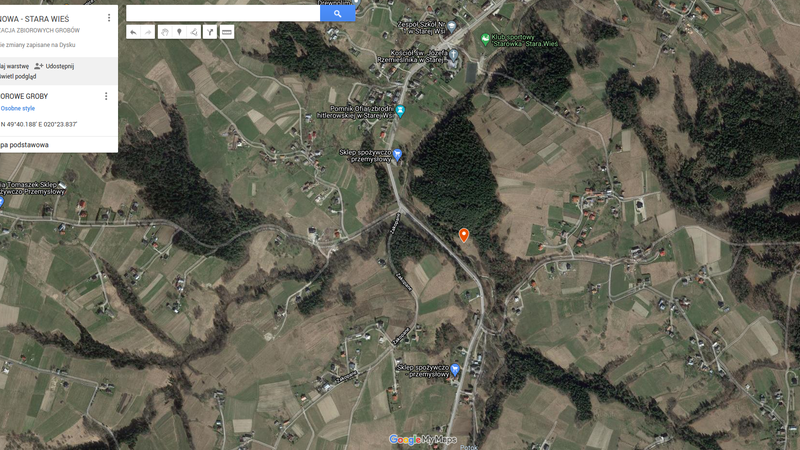 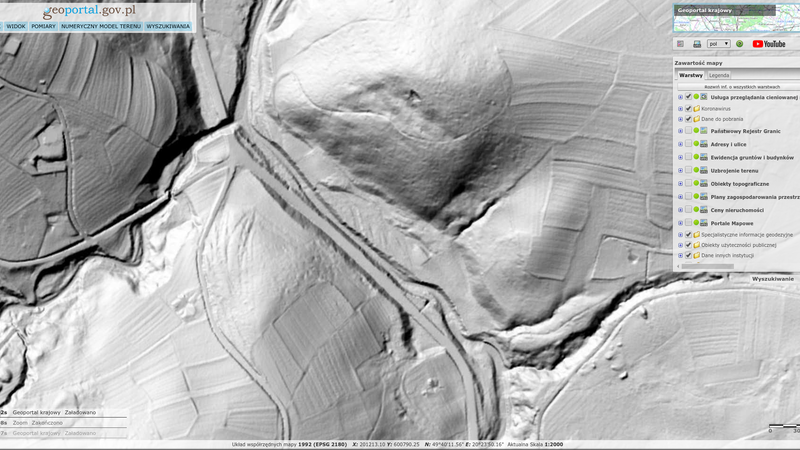 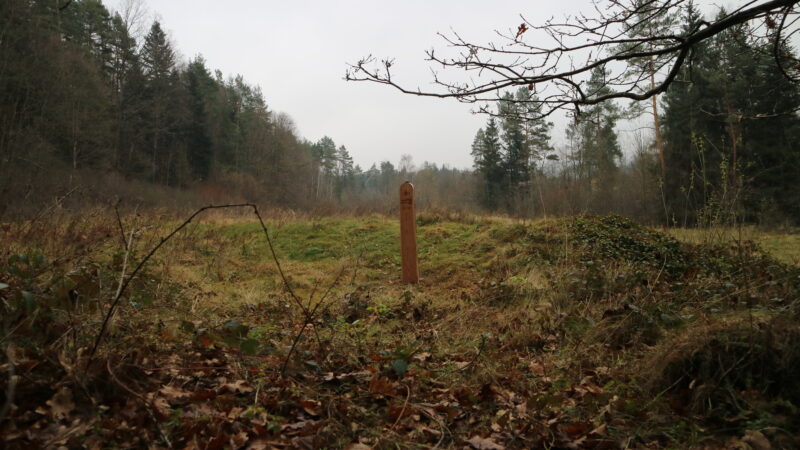 We are still looking for information on the identity of the victims and the location of Jewish graves in Limanowa-Stara Wieś. If you know something more, write to us at the following address: fundacjazapomniane@gmail.com.

IPN Kr 502/701, Files in the case of Karol Pisch / Pisz, the officer of Hilfspolizei accused of collaborating with the German authorities, murdering people of Jewish nationality and a member of the Polish underground, 1945-1947.