In November 1942, in Leszkowice, German military policemen murdered five people from the Wasersztrum family, the inhabitants of Leszkowice.

In November 1971, the witness of these events, Władysław K., testified before the Lublin Regional Commission for the Examination of German Crimes in Poland:

“During the German occupation, I lived in Leszkowice, Lubartów district. In the autumn of 1942, I don’t remember the exact date, two Germans came from Lubartów. They arrested the Jews who lived in Leszkowice with Jan P. Among those detained were: Mandzia Wasersztrum, Perła Wasersztrum and three young children of Perła. The detainees were taken to a grove called Brzezina, about half a kilometer from Leszkowice. They led them near the pit, which we dug at the order of the mayor. Close to the pit, they ordered the detained Jews to undress to their underwear, and then they shot them with hand rifles. Those they did not kill right away, they finished off with shots in the back of the head. Some were still moving when the Germans pulled them to the pit. They covered the pit with the bodies themselves. (S 98.2015. Zn p. 21-22)

In the same year, Józef B., born in Leszkowice in 1917, testified at the County Court in Lwówek Śląski:

“Perła Wassersturn and Mandzia Wassersturn lived in Leszkowice. I don’t remember exactly whether it was October or November 1942, it was a Saturday, the constable asked the guard, in which I belonged, to catch the Jews. […] I don’t know who caught Perła and Mandzia. As I was walking through the fields, I met Perła’s son Abramek, who was seven years old, I told him to hide somewhere because they were catching Jews. I hid myself at Mikołaj Ż. in the same village and I stayed there until late at night to avoid participating. On Sunday morning, everyone went to church, and so did I. On the way to the church, I met two German policemen. […] They stopped people and ordered them to go in the direction of the birch forest, which was located about 0.5 km from the borough. At the same time, Perła and Mandzia Wasserstrum and Perła’s children: Abramek and the 4-year-old daughter were taken out of the borough. These Jews were taken by cart to this Brzezina forest. One German knew Polish, he ordered all four Jews to undress to their underwear and walk further into the forest. Both Germans shot at them. After killing them, the Germans ordered us to bury the bodies. A pit had already been dug before that. […] I saw the execution from a distance of several meters. The execution happened on Sunday morning. […] It stuck in my memory that little Abramek asked the police officer who gave the order of undressing: “Sir, do I have to take off my stockings?”. The German turned and said in Polish: “As you wish.”.

During the site inspection in 2018 an inhabitant of Leszkowice told us what happened that day:

“- How many people were there exactly?

– Five. There was also one that was cooperating with the Germans… he was simply turning in the Jews, a snitch, as they say. So, it was known about these [Jews], that they are hiding. So the Germans came, they killed their host also, and they took them to… it wasn’t a forest, there were quicksands there, the dunes… […]

– And do you remeber the age of these women?

– Yes, I remember all three of them. One was called Mandzia, she was the mother of this friend of mine… Well, I went to school with the Jews from the very beginning. We lived close to each other, it was a childhood life, it didn’t make much difference. After all, we even played together, and so on, well, it was the interwar period.

On July 17, 2018, a site inspection in the presence of the witness was carried out to determine the location of the grave of five victims. The witness indicated the approximate area (N51°33.405′ E 022°36.811′) of the location of the mass grave. A forest, sandy road runs through the indicated place. There are visible ground disturbances in this place. At this stage of research, it was not possible to precisely locate the grave. The LiDAR survey confirms numerous ground disturbances at this location. No aerial pictures query has been conducted for this area. 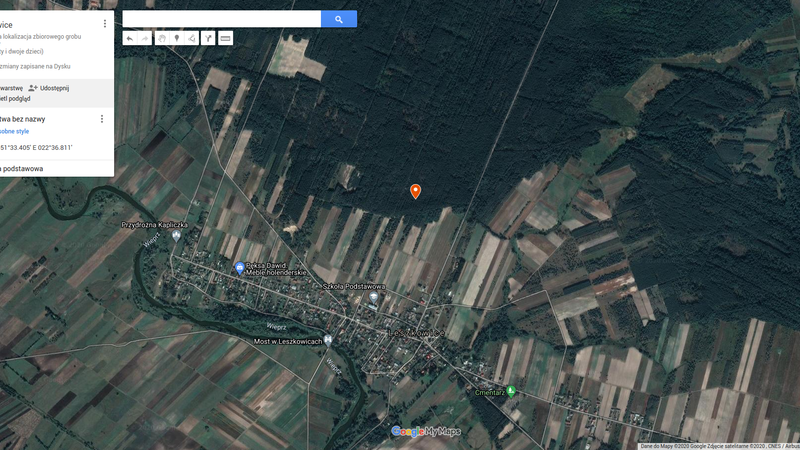 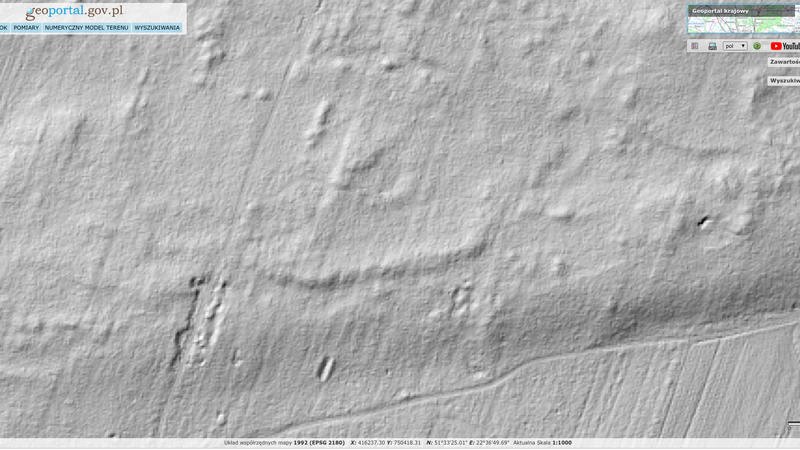 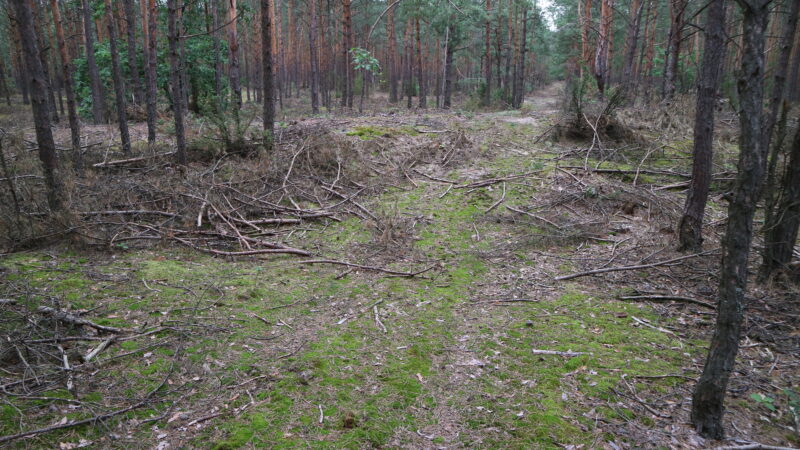 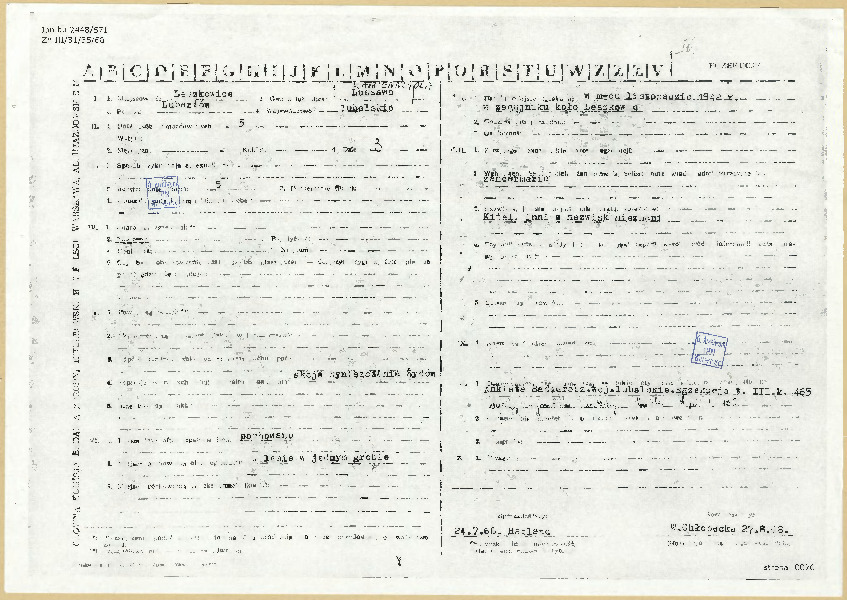 We are still looking for information on the identity of the victims and the location of Jewish graves in Leszkowice. If you know something more, write to us at the following address: fundacjazapomniane@gmail.com.

S 98.2015.Zn, files about the war murders of the Jewish population in Leszkowice, Lubartów district.