We went to Kolonia Dąbrowa in Łaskarzew borough for the first time in 2014, at the invitation of the local social activists. There we heard the story of the Proczek family, who was murdered for helping Jews. A very extensive account of the events that took place on the Proczek’s household on 9 December 1942 was provided by the granddaughter of Tomasz Proczek, who was murdered with his wife and three adult children:

„There were two of them (the Jews), my grandparents hid them. They were probably their friends, my mother told me that they were shoemakers. It was father and son. One was older, one was younger. But no one knew their names, it was a secret. Even my auntie, who survived, who was at a friend’s house then, she didn’t know either. And my parents survived, because they lived there unregistered, they were not on the list. […] I don’t know how long they were hiding there, it was 1942, December, it happened on 9 December. I think it was at the time when the ghetto was established in Łaskarzew [the ghetto in Łaskarzew was established in November 1941], and either they refused to be locked up in the ghetto or they escaped from there. I don’t know, it was a secret.

[The hiding place] was prepared, supposedly there was a hole made from the well to the barn, and there was a space made in the barn, and they were hiding there. As far as I know, they were shoemakers, because they made jackboots for my uncle, the youngest who died, nineteen years old… I was just looking at the photo of him in these jackboots, taken shortly before his death. And when he came back [the youngest son of Tomasz Proczek, Stanisław], because he was also outside the house, he was a partisan, and he just walked into the house in the morning. They were already surrounded, they couldn’t let him know, they saw him walking home and they just couldn’t warn him… And he came across all that. […]

And how it was with these Jews? Of course, they took them out first, these two Jews, and my mother said that they started playing with them. They ordered them to run. And they started shooting at their feet… The older Jew was walking slowly, and the younger one bolted, because he knew the area a bit, he used to go out of the hiding place at night. My mother has seen him more than once, when he was walking across the fields. He was a young man, he had to get some air, to run around. There was a ditch with water, if he had reached that ditch, he would have jumped in there and run into the forest nearby, but they started shooting so terribly and they killed him there in that field. His father was shot before him.” (February 2014)

We also have a written account of the youngest daughter of Tomasz Proczek, then twelve-year-old Aleksandra, who was out of home on that fateful day:

The location of one grave was confirmed by Natalia K., a resident of Łaskarzew, in a written statement submitted in the presence of the Secretary of the borough of Łaskarzew in August 2014:

„In Kolonia Uścieniec, in Łaskarzew, between the national forest and manor plots, under a pear tree, approx. 500 m from the Łaskarzew-Żabieniec road, there is a single grave of a Jewish man murdered in December 1942. He and another Jew were hidden by the family of Tomasz Proczek in Kolonia Dąbrowa.” (August 7, 2014)

On July 29, 2013 a site inspection was carried out in the place indicated by the witness GPS: N51°48.352′ E021°29.722′) in order to determine the location of one man’s grave. According to the witness’s description, the grave is located by the old pear tree, which clearly stands out from other trees and shrubs growing in this area.

GPR surveys were carried out in the place designated as a grave. The research area in this location is very limited. The length of the GPR profile is only 3 mb, which makes the interpretation difficult. Despite the space limitations, an anomaly was recorded (echogram – LASK0005), which confirms with a high probability the existence of a single grave in this place. The approximate size of the anomaly: length approx. 2 mb, width approx. 0.60 – 0.80 mb, and depth approx. 1.50 m. The roots of the tree in this case were probably also recorded and are part of the anomaly visible on the echogram.

The LiDAR survey is not helpful in the case of a single grave. 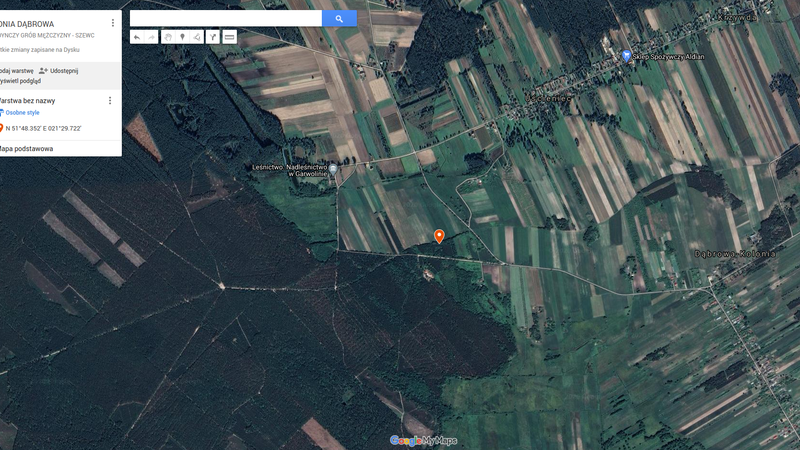 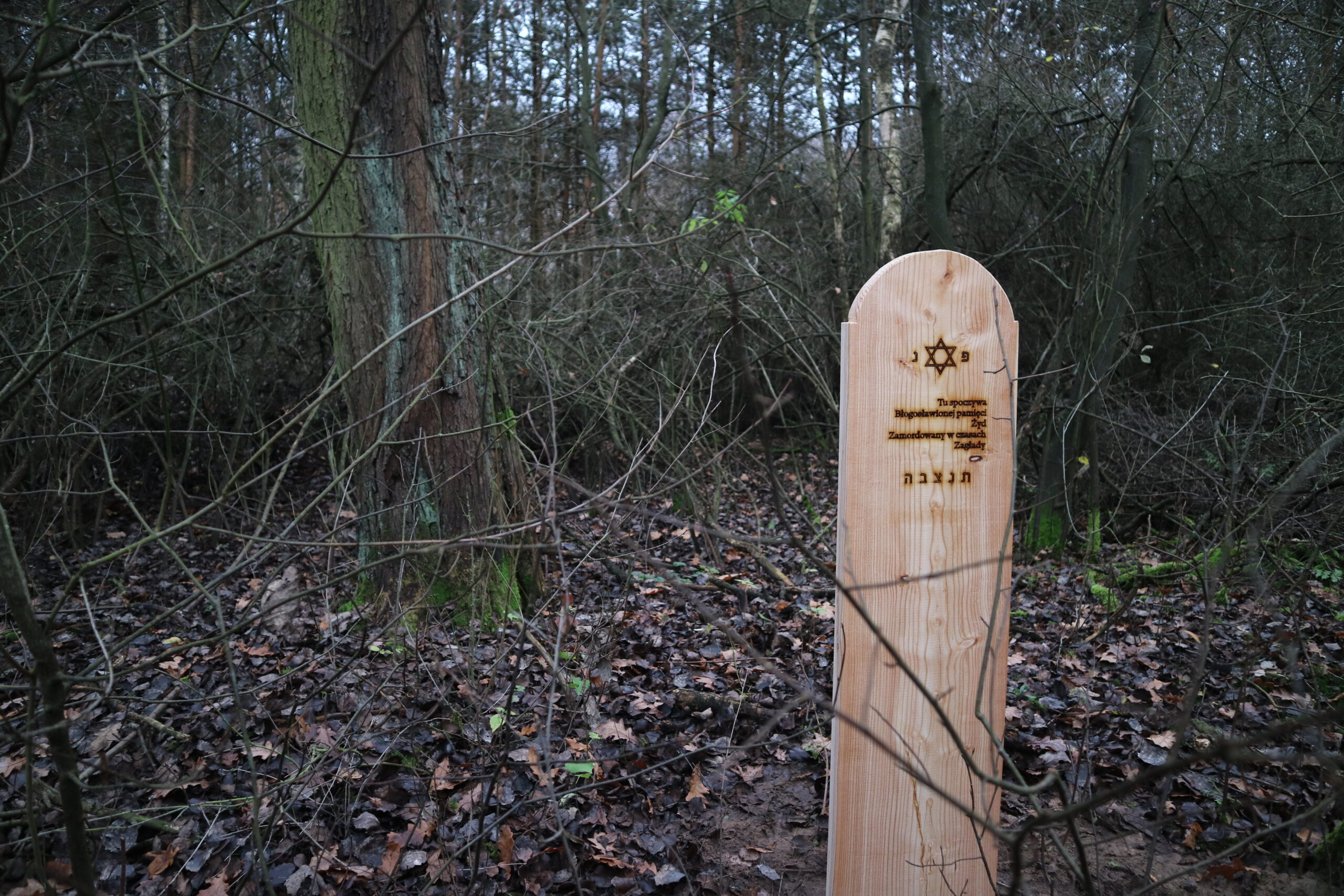 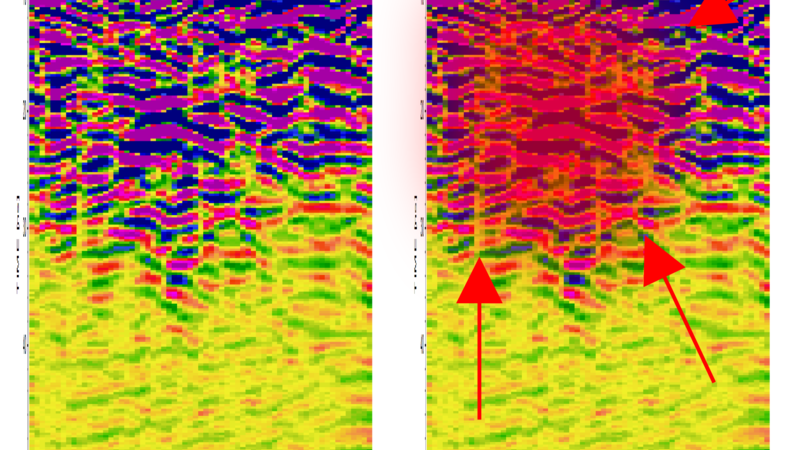 We are still looking for information on the identity of the victims and the location of Jewish graves in Kolonia Dąbrowa. If you know something more, write to us at the following address: fundacjazapomniane@gmail.com.