In the back of a private plot with still visible traces of an old orchard.

A married couple of Apolonia and Stanisław Gacoń from Bukowa, now Januszkowice, were hiding a Jewish girl in their house. The child was considered to be their relative. According to the Register of killing sites and crimes… the baby’s name was Ryfka and she was 13 months old at the moment of her death (Warsaw, 1984). Whereas, according to the publication of the Institute of National Remembrance titled „Register of repression facts on Polish citizens for helping the Jewish population during world war II”, the girl was 10 years old at the time of death (Warszawa, 2014). On May 28, 1943, following the denunciation, the Gestapo officers from Jasło came to Bukowa and executed the Gacoń family and the girl. The child was buried at the place of execution. Representatives of the Zapomniane Foundation and the Rabbinical Commission carried out a site inspection of the place, where the grave of the Jewish child is to be located. According to the current residents of Januszkowice, the girl was from Kołaczyce, according to another version, her name was Rajza Zelig and she came from the Korzennik’s family from Opacionka.

The current owners of the plot where the grave is to be located were unable to indicate its exact location. The landscape in that place has changed significantly due to construction of the gas pipeline. Nevertheless, they shared a few details with us: „Well, it was a Jewish girl from Kołaczyce. Those people, who took her, were trying to save her. They said that she is their baby. The girl was truly pretty, I’m from 1943, so I still remember her. They told my father, because my father, when they shot them here, this girl, here they smashed her head against the quoin… My father came, because the mayor appointed him to the Gestapo, we had a couple of horses, so he appointed him to the Gestapo. So, that was here, in this house. My father saw when they were shot, the Gacońs, they were lying here on the field. Here, there was a house in this place. Here, where this hill is, here, where I planted those plum trees, there was the house. The house with a thatched roof. They killed her there, in the back of the house, they smashed her head against the quoin.”

On September 3, 2018 a site inspection was carried out on a private plot in Januszkowice. During the inspection, the witness marked the area of a grave of a single victim. The indicated area is located in the south-western part of the plot (GPS:N 49°50.613’E 021°26.284′).

It is not possible to precisely identify the grave due to the removed trees, which were a reference point. 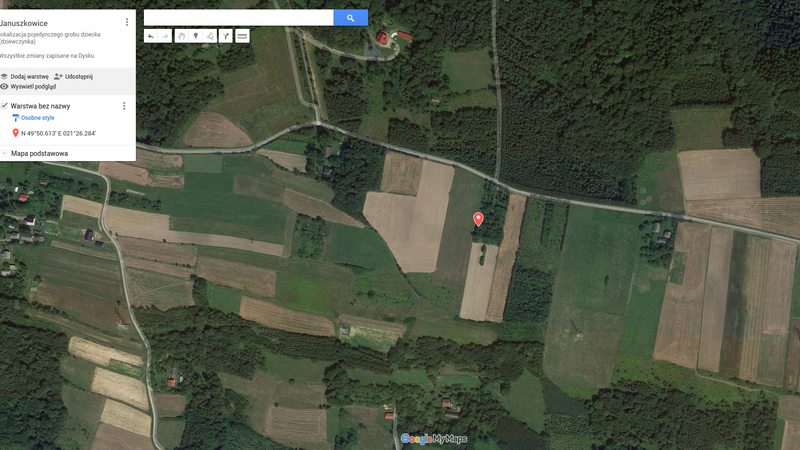 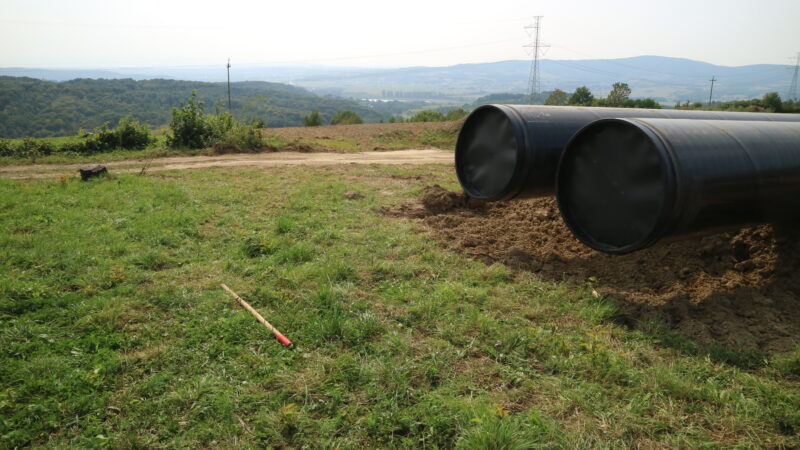 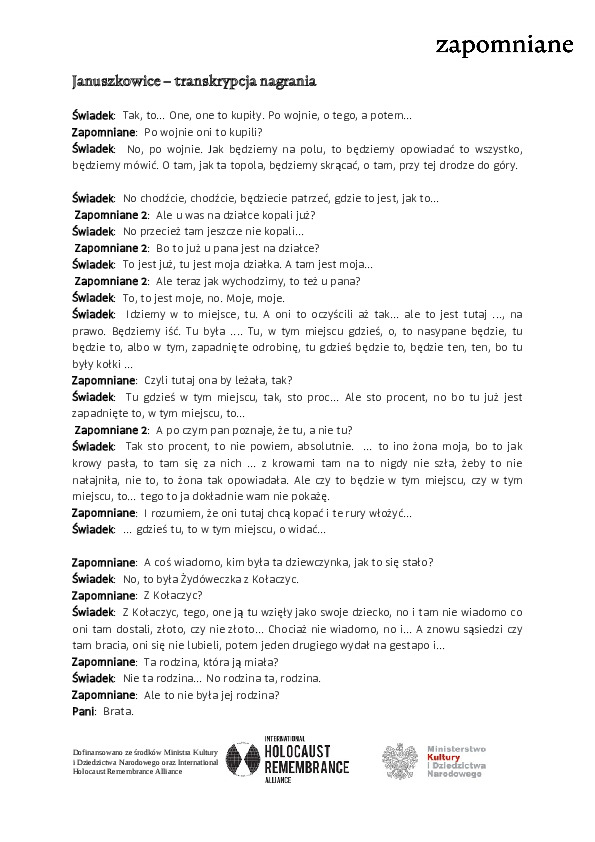 We are still looking for information on the identity of the victims and the location of Jewish graves in Januszkowice. If you know something more, write to us at the following address: fundacjazapomniane@gmail.com.

Register of facts of repression against Polish citizens for helping the Jewish population during the Second World War. p. 367

Register of places and facts of crimes committed by the Nazi occupiers in Poland in 1939-1945. Tarnow voivodeship. p. 38