Historical documents collected by the Foundation show that the main burial place of the victims of mass and individual executions in Janów Lubelski was the local Jewish cemetery. Those Jews, who avoided deportation to the ghetto or were hiding in Janów and in vicinity were killed there. These people were tracked by the German military policemen. A questionnaire of the killing sites and crime (IPN Lu 1/13/28) mentions that between the autumn of 1942 and June 1944 about 300 people lost their lives in the cemetery as part of the „action to exterminate the Jews”. The bodies of the victims were buried in large graves. The burial was carried out by the then cemetery caretaker Jan K.

On September 29, 1945, a judge of the Town Court conducted an inspection of the cemetery area in the company of, among others, Jan K. Examination showed that: „the number of mass graves and the number of victims buried in each grave on the Jewish cemetery could not be determined. Based on the statement of the former cemetery caretaker, Jan K., it was established that the mass graves were usually razed to the ground, they stretch over 1000 square meters, and are covered with grass. Then the former caretaker of the Jewish cemetery, Jan K. stated that during the autumn of 1942, until June 1944, the military policemen were bringing Jews to the cemetery, where they were shot. The victims were buried in the ground by the caretaker Jan K. on the order of the German military policemen, and he added that about 300 Jews were shot at the Jewish cemetery during the above-mentioned time, indicating that from 4 to 20 or more people were buried in one grave.” (IPN Gk 163/14).

On October 16, 2013 site inspections were carried out on the Jewish cemetery in Janów Lubelski (GPS:N 50° 41′ 51.745’E 22° 25′ 31.141′) in order to mark the places that should be subjected to non-invasive tests. This task was much more difficult due to the fact that the witness did not indicate the location. The area of the Jewish cemetery contains numerous soil disturbances visible in the relief image (LiDAR) . The cemetery is partially wooded in the northern area, which includes point disturbances to the ground and a greater depression in the northwest corner. In the south-west part, a greater depression is clearly visible, as well as in the south-east area, further depressions are visible. The aerial photography query for this area is ongoing. 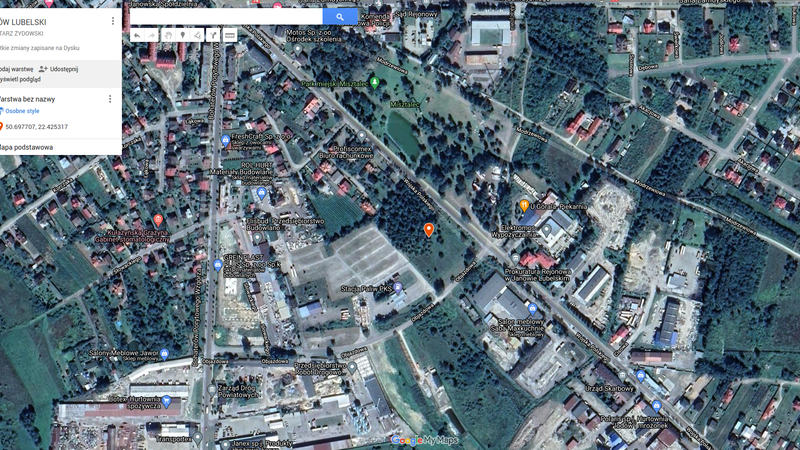 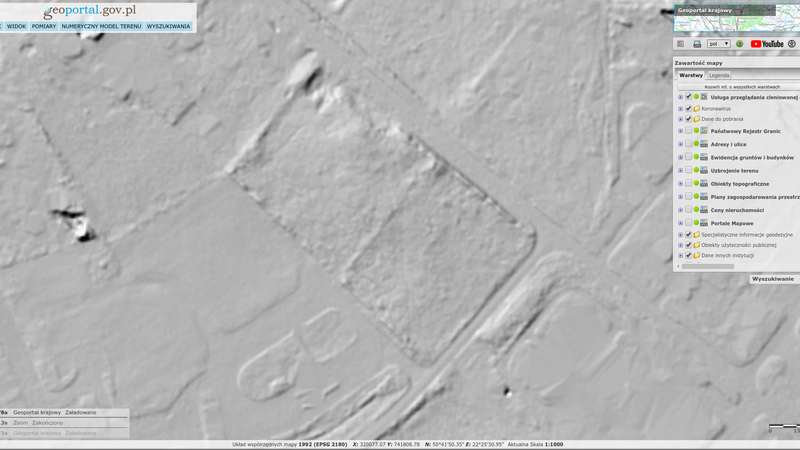 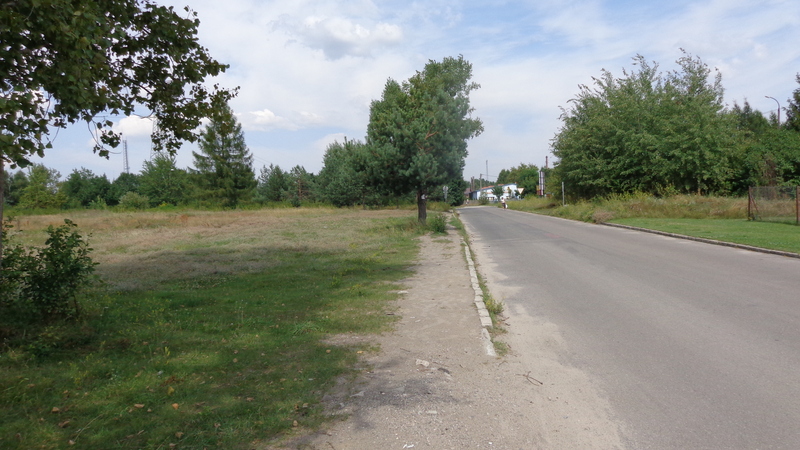 We are still looking for information on the identity of the victims and the location of Jewish graves in Janów Lubelski. If you know something more, write to us at the following address: fundacjazapomniane@gmail.com.

The Register of Killing Sites and Crimes committed by the Germans in Poland between 1939 and 1945. Tarnobrzeskie Voivodeship. Warsaw 1984 (fragments).

IPN Lu 1/12/28, collection of files: former The Regional Commission for the Examination of German Crimes in Lublin, Survey of killing sites and crimes commited by the Germans, Janów Lubelski district.