Jewish cemetery in Grybów, on the back of the cemetery, near its western border on the area free of traditional burials.

The following incidents took place in the area of Grybów, as a result of which about 362 people died.

In the autumn of 1940 about 500 people were arrested during the roundup, 200 of them were killed on the spot. The rest of them were taken by cars in an unknown direction.

On April 24, 1942, the Gestapo officers shot 11 people, members of the local Jewish Council. The following victims, among others, died on that day:

The bodies of the murdered were buried in the Jewish cemetery in Grybów.

On March 27, 2019, a site inspection was carried out at the Jewish cemetery in Grybów in order to indicate potential locations of mass graves. In this case, an aerial photo obtained as a result of an archival query for this area turned out to be very helpful material. Aerial photo of May 29, 1944 captured the area of the Jewish cemetery where numerous ground disturbances in the western part of the cemetery are clearly visible. Moreover, the photo shows the road leading from the main gate to the place of mass graves and smaller paths leading to individual cemetery quarters. Some of the visible disturbances may prove the existence of smaller mass graves. In the process of interpreting the aerial photo, the focus was on larger ground disturbances from the western border of the cemetery.

GPR surveys were carried out in two zones (GBW1/GBW2) with GPS coordinates: GPS: 1. N 49°37.585′ E 020°55.670′, 2. N 49°37.583′ E 020°55.657′. The results of GPR surveys for the GBW1 zone are inconclusive due to the poor quality of the  image which makes a reliable interpretation impossible. GPR data collected in the GBW2 zone confirms numerous ground disturbances. In the interpretation process, an attempt was made to separate two larger sets of anomalies in the following format: 1. length approximately 15.0 m, width approximately 3.0 m, depth approximately 0.80 m below , 2. length about 7.0 meters, width about 3.0 meters, depth about 0.80 meters below the surface.It is worth underling that there may in fact be man burial pits which, by being close to each other, create a larger anomaly.

The survey of the terrain relief (LiDAR) shows a clear depression at the site of GPR surveys. 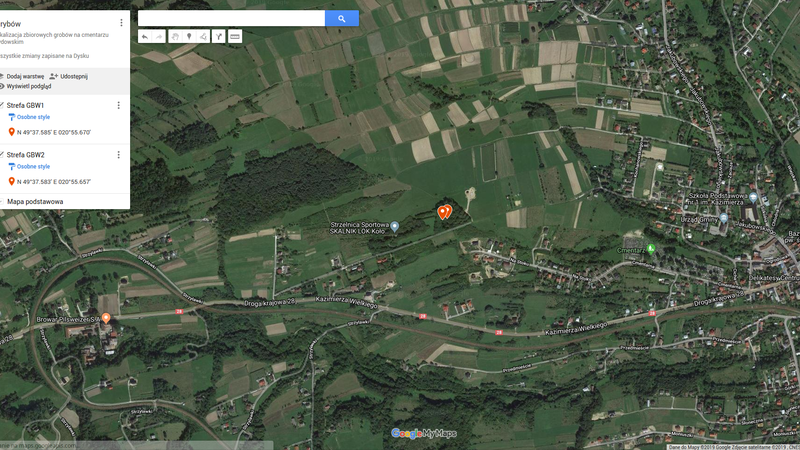 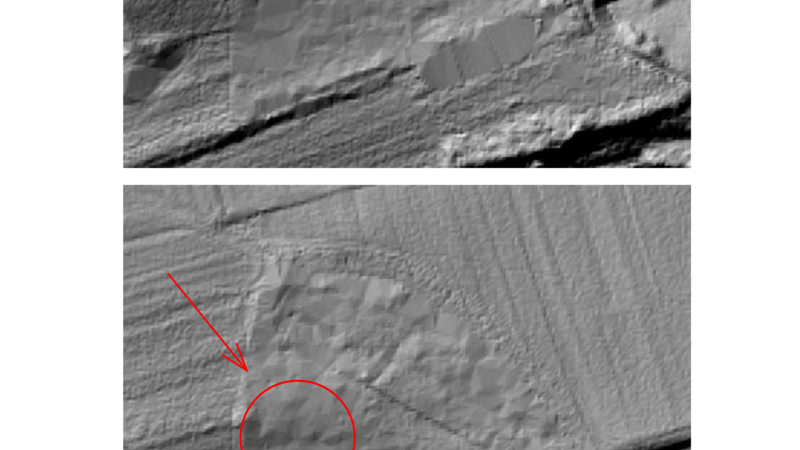 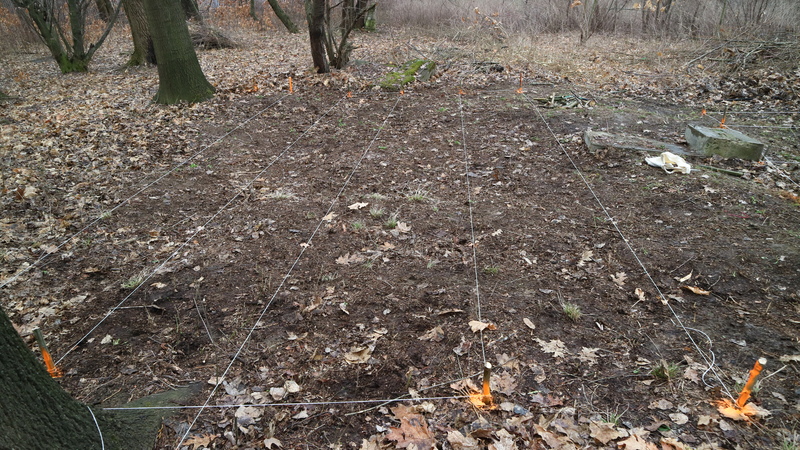 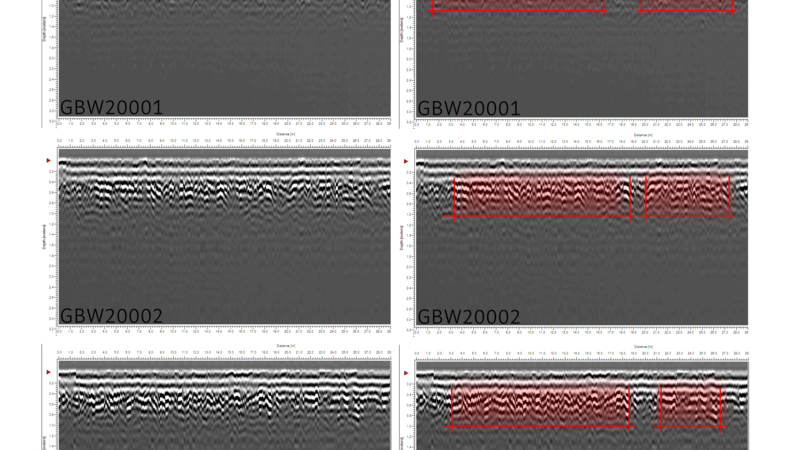 We are still looking for information on the identity of the victims and the location of Jewish graves in Grybów. If you know something more, write to us at the following address: fundacjazapomniane@gmail.com.

A file of The Chief Commission for the Examination of German Crimes in Poland, a copy of files from the set: Survey of Town Courts. Executions – krakowskie voivodeship, Nowy Sącz district.

The Register of Killing Sites and Crimes committed by the Germans in Poland between 1939 and 1945. Nowosądeckie voivodeship. Warsaw 1984 (a fragment of the publication).

A list of names of Grybów residents murdered during the Holocaust, created by Centrum Foundation as part of the „Ludzie nie liczby” project.