The war cemetery in Góra Zbylitowska.

In August 2015 we recorded an account of Jan – one of the forced labourers, born in 1922: “In 1940, when they were shooting Jews, I was 20 years old. They were incorporating us by force to battalions [Baudienst – the Building Service of the General Government.] We did different things; in Tarnów they had barracks, we were going there to do drainage, we were also taken to the brickyard. One day on the way to work we noticed that they were evicting people in Tarnów, probably Jews. One day they took us from work at 11 am, gathered us on the Cathedral Square and placed in groups of three. We saw the whole square full of people squatting because they were not allowed to stand up. They were the expelled Jews. They ordered us to take the luggage that [the Jews] were carrying and put it in a pile. We thought they would be relocated. They were saying they had food in those bags, pleading with us not to take them. But it was an order and if someone didn’t want to give their bag, a German was hitting them in the head [so hard] that blood was splashing. Then the Jews were ushered down the stairs towards the school [probably the Tadeusz Czacki Primary School.] We went to the school with the luggage and saw a smoke coming out of the cellar and people screaming: ‘Water! Water!’ There was a well and crockery so I took some water and passed it through a window. What I achieved was to get kicked by a German who just came out and saw me passing the water. He kicked me and said if I did it again, he would shoot me. During the night they took half of us to the Jewish cemetery to bury the Jews who suffocated in that steam. It looked like steam.

A few days later they drove several of us in a car towards Zgłobice and turned right to Buczyna. And in Buczyna I saw a ditch; quite a few ditches were dug there. Long ditches: about 2 metres wide and up to 2 metres deep. Suddenly we heard a sound of incoming cars and we saw two lorries – one of them with people, the other with corpses. Firstly, they took the people and ushered them down the pathway. They took two of them at once, ushered them to the ditches and shot them. Two Jews came close [to the ditch], they were shot in the back of the head and fell straight into the ditch. If someone didn’t fall, they pushed them and shot again. Then they told us to take the corpses brought [by the other lorry] and carry them to the ditches. There was no access so they told us to drag them by the legs. At the ditch they told us to take the clothes that were clean and place them in a pile and bury the bodies in their underwear. Later they [ordered us] to cover [the ditch] with lime and soil.” (Zbylitowska Góra, 12 August 2015.)

Aerial photography of this area from 1944 was acquired. The interpretation of the photograph in search of mass graves is not possible due to the dense forest that exposes details on the earth surface. The in-depth aerial photography query for this area is still ongoing.

The LIDAR survey results for such a topographically diverse area remains irrelevant. 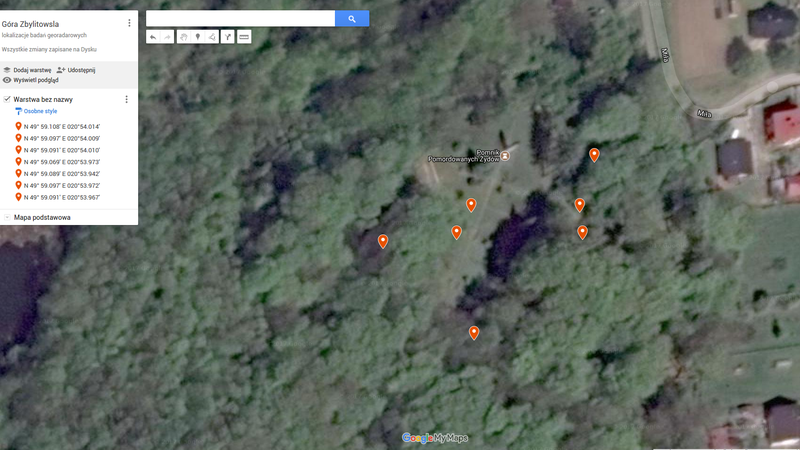 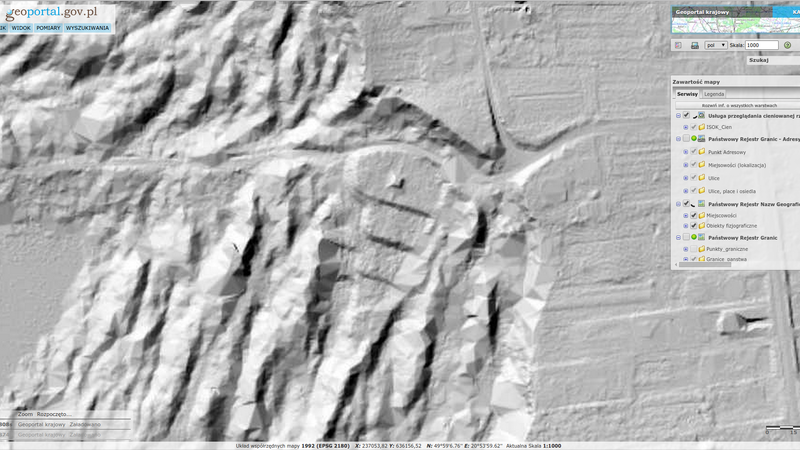 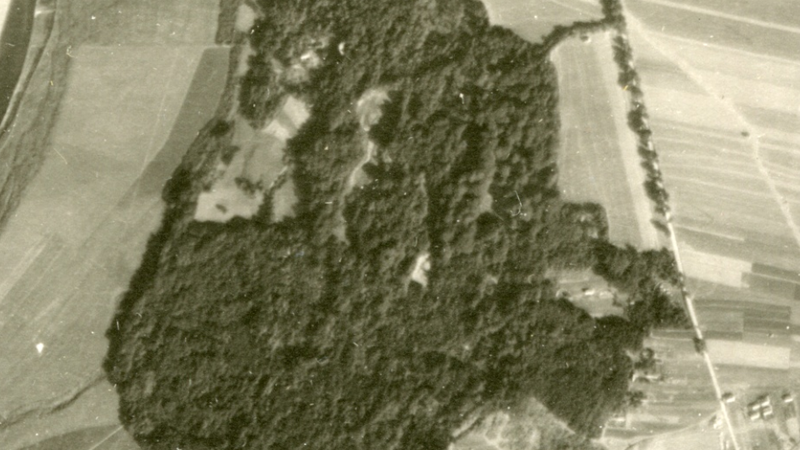 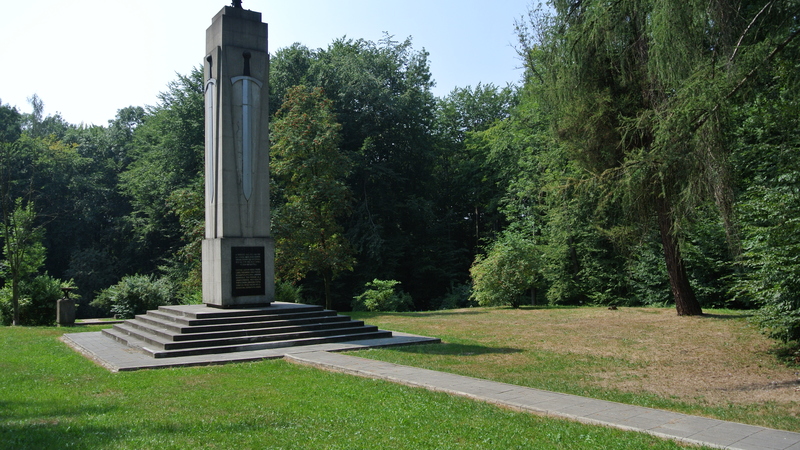 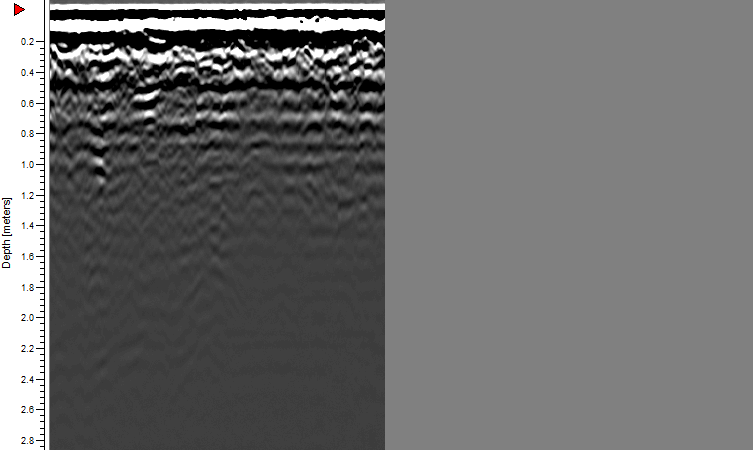 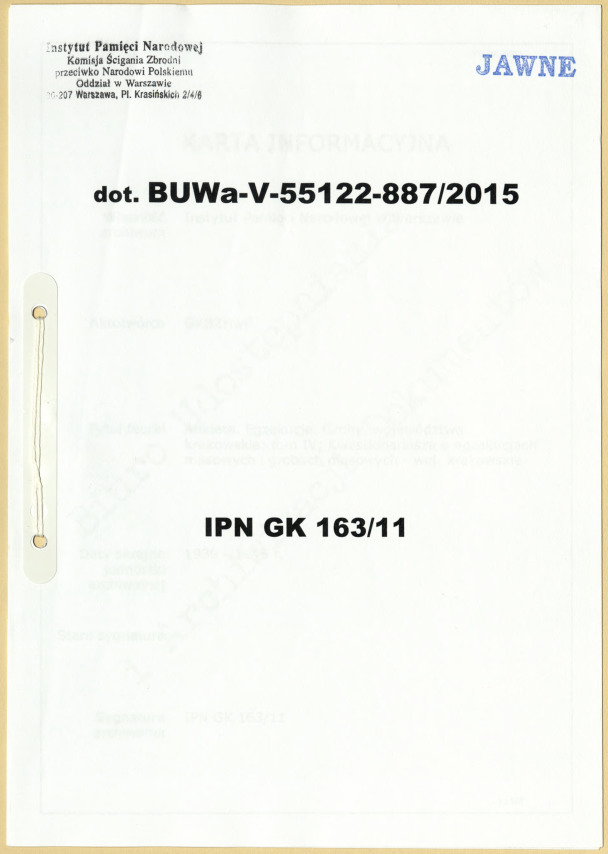 We are still looking for information on the identity of the victims and the location of Jewish graves in Zbylitowska Góra. If you know something more, write to us at the following address: fundacjazapomniane@gmail.com.

Monuments and memorials commemorating the murders of the Polish population during World War II, IPN Kr 12-1-1-49- IPN Kr 12-1-1-58, regarding war graves in Buczyn.