The Jewish cemetery in Dubiecko. The woods near the cemetery.

The Jewish cemetery in Dubiecko, funded in the second half of the 19th century, became a killing site for the Jews from Dubiecko and surrounding villages during the Holocaust. It’s been estimated that approx. 160 men, women and children were killed there in mass executions in 1942. The largest murder at the necropolis was committed on 24 June 1942 when 80 people were killed. Apart from that, the following murders took place at the cemetery:

An eyewitness, Józef K., recounts one of the executions on the cemetery: “Ditches were dug, about 4 metres wide, maybe less, and 8-9 metres long. […] Planks of wood were put across and machine guns were placed. The Jews were walking from the vehicles, they opened the vehicles and they were walking, women carrying children. They walked onto those planks and there was an order and the machine guns were started. Not to massacre, they hit someone or they didn’t, they grabbed children and threw them in. And then – one car, then another and they were gone. Someone was dead but someone else was still moving, children were screaming. And the whole pile was moving. It was a few days after burning the synagogue. First, they filled the synagogue with people, they pushed them and kicked them in because it was full. Then they locked it and poured petrol on it.” (Dubiecko, 8 July 2014.)

Here is a moving account by Józefa P. (born in 1932): “There was eight of us looking at it. Where you have a school today used to be a court and a jail before. They locked [Jews] in jail and suddenly we heard they were going to kill these Jews tomorrow. And as we were children… There was a large barn so what did we do? We went to this barn. There were holes in the wooden walls. We went up, where the hay was and we saw everything. Everything! Today I wouldn’t go because my heart would break. Even when I see something [like that] on TV, I turn it off. Why people kill each other? Why?! We went up there and crouched. A car is coming! Germans arrive! [They] surrounded [the place]. Raus, raus! They opened [the cars and ordered] to jump out. The hungry ones and weak just fell out. […] Poles were digging ditches. […] They dug two. Germans spoken German to each other and to the Jews. And [the Jews] stood in a row and the Germans… boom! boom! Killed them. [There was] a little girl, I can still see her. He kicked her into the ditch. Alive into the ditch! And what’s happening then? The end. They shot [everyone] from both cars. I can’t tell you how many. […] Then they poured lime on the top. And then clay. The soil was moving for three days. The rain came, the lime was slaking. It was terrible!” (Dubiecko, 21 October 2015.)

Józefa P. also remembers the murder of a Jewish woman who came back to Dubiecko after the war with her child. She went to her own home to take her things. The woman and her child were killed by local partisans: “There were partisans like that here. Here, near the Holy Mary [figure], to the left, there is a house. A Jewish woman with her child came to take a suitcases, after the war, when the partisans were here. She came back to take it, just a [normal] person. This band caught her, took her to the woods near the cemetery, her and her 6-year-old child and they shot them. And also took the suitcases [she’s whispering]. A woman was walking past and said to my mother:

– A Jewish woman is lying, with a small child.

They called the militia and they took them and to bury. But whether she’s really buried there I can’t tell you.” (Dubiecko, 21 October 2015.)

This is what Józefa P. says about the location of one of the graves on the cemetery: “It’s at the end of their cemetery. This [ditch] was giant and square.” (Dubiecko, 21 October 2015.)

The locations were chosen by suggested result of the LIDAR survey and the obtained aerial photography (no date). 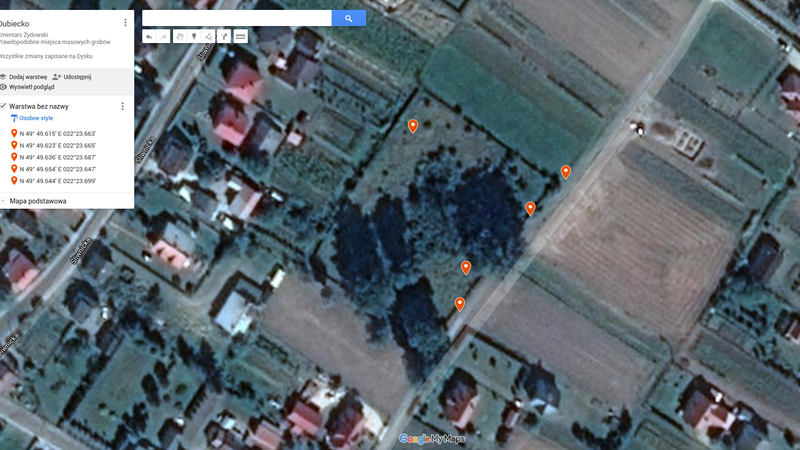 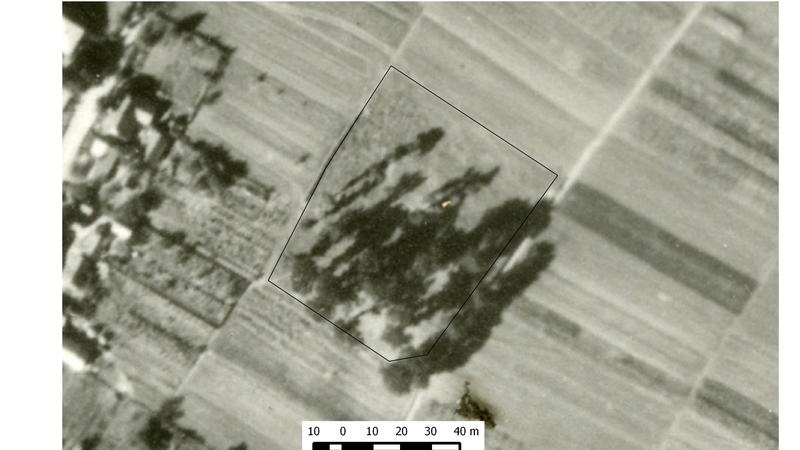 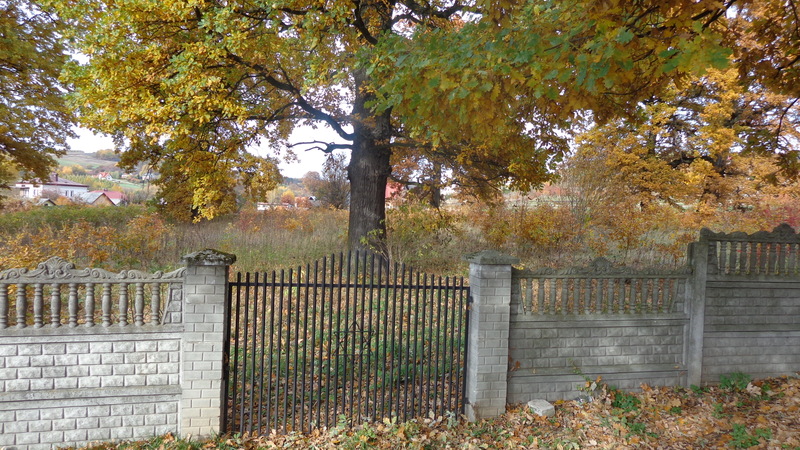 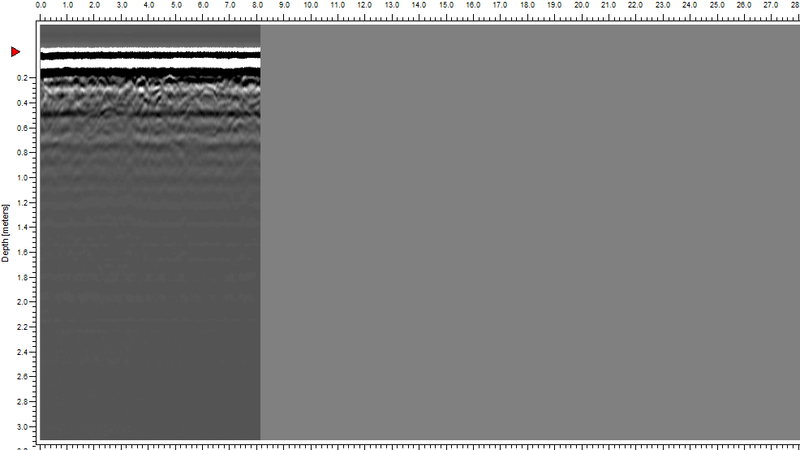 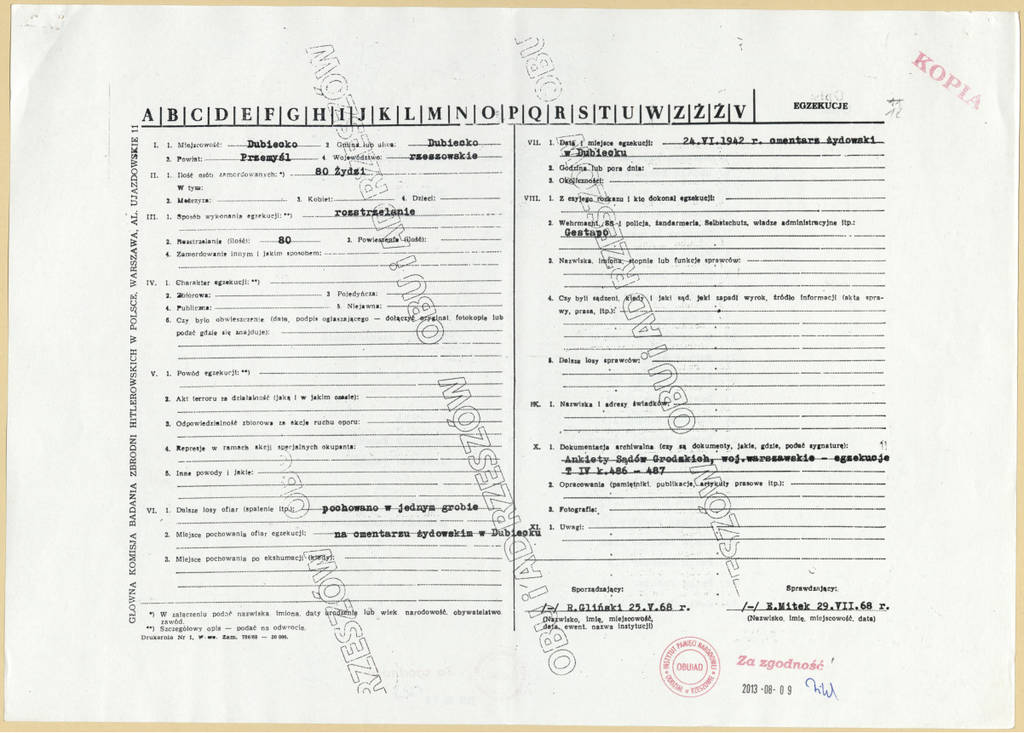 We are still looking for information on the identity of the victims and the location of Jewish graves in Dubiecko. If you know something more, write to us at the following address: fundacjazapomniane@gmail.com.

IPN BU 2448/885, the Chief Commission for the Examination of German Crimes in Poland. Archive. Przemyśl city.

Cards from thematic file of the Chief Commission for the Examination of German Crimes in Poland, extracts from files: “Declared deceased” of the Court of Przemyśl district – 1946; Bataliony Chłopskie. Relacje i Wspomnienia. III/57/31, p. 350.

IPN RZ 191/421, Questionnaires of the Chief Commission for the Examination of German Crimes in Poland, executions in Przemyśl districts.

IPN Rz 191/431, Questionnaires of the Chief Commission for the Examination of German Crimes in Poland, Repression of the Jewish population before the creation of the ghetto, Przemyśl district.