At the edge of the forest on the Michałów village side, next to the dug-out.

“I remember that in a faraway village about 8 km from Chobot Polish nationals of Jewish origin used to live. In 1942 when German authorities commenced the Holocaust of the Jewish population a group of 13 Jewish men and women who lived in Miłosna escaped their homes and hid in a forest located about 3 km to the north from Chobot. This forest was called Borek. I saw them myself in September 1942 while walking through the aforementioned forest to the meadows to dry hay. They were sitting around a fire cooking something in a pot hanging over the fire. To gather food they one-by-one visited local villages: Michałów, Chobot, Mrowiska and Kąty Goździejewskie where they asked for food. Local residents were kind-hearted towards them and tried to help them to survive the difficult times. When the winter of 1942/43 came, they made a dug-out at the edge of the forest on the Michałów village side to shield themselves from the frost and they survived winter in it. When the spring came, one day a group of Germans was walking through the forest after a hunt. Possibly they noticed the dug-out and the Jews in it but they didn’t do anything. But after a few days German military police arrived and dragged 12 Jews out of the dug-out. They ordered them to lie down next to it and shot all of them to death. The only person that survived was a 20-year-old Jewish woman who at that time went to a village to find some food. This woman was called Ostrzega and till the end of the war she lived hidden by some  people. The Germans ordered the mayor of Borek to bury the Jews next to the dug-out, in the place they were killed. Now there is a forest growing in this place.” (Jan Rogala’s statement, 2 January 2004.)

On the 2nd of July 2014 a GPR surveys of the location indicated by the witness was carried out (GPS: N52°15.378′ E021°23.173′). The results of the surveys have confirmed two ground disturbances, which are highly likely to be responsible for changes in the soil structure remaining after the forest hideout and the mass grave. The presumptive size of the mass grave of twelve victims is the length of approximately. 3.5 m, width approx. 3.5 m. 2.0 m and depth approx. 1.0 m.
The measurement of the terrain clearly shows the slope in which both places are located.

Due to the low resolution of the LIDAR survey, the depression responsible for the approximate place of the mass grave is hardly visible. 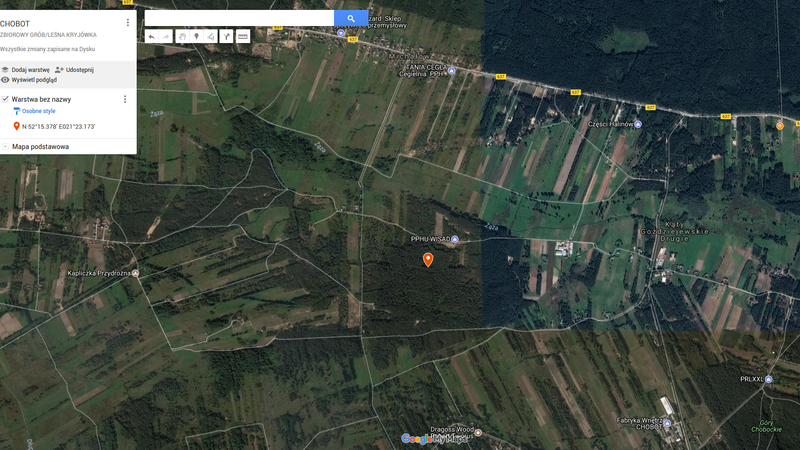 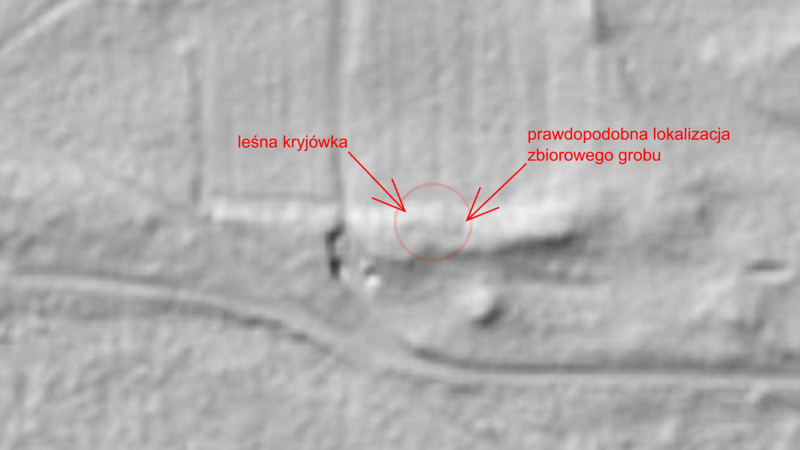 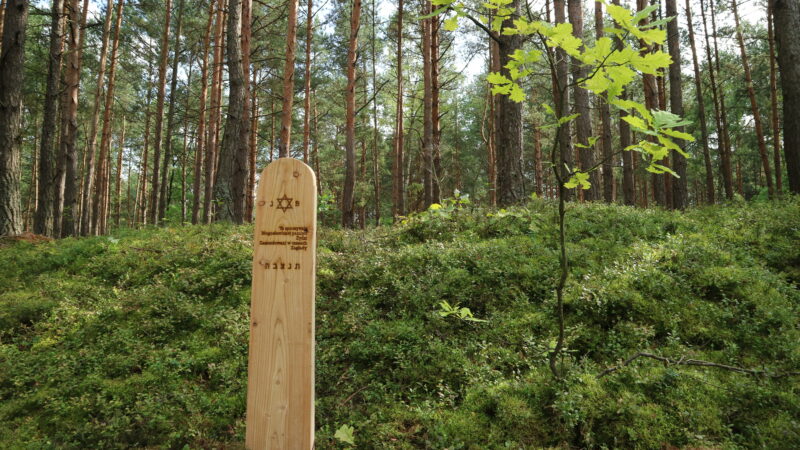 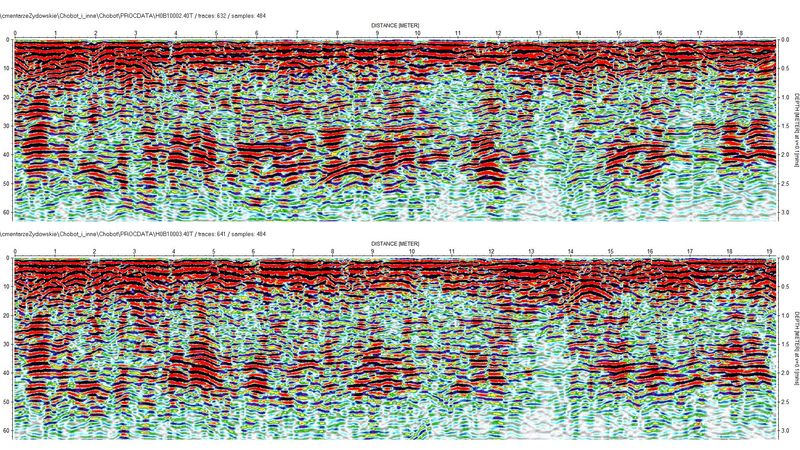 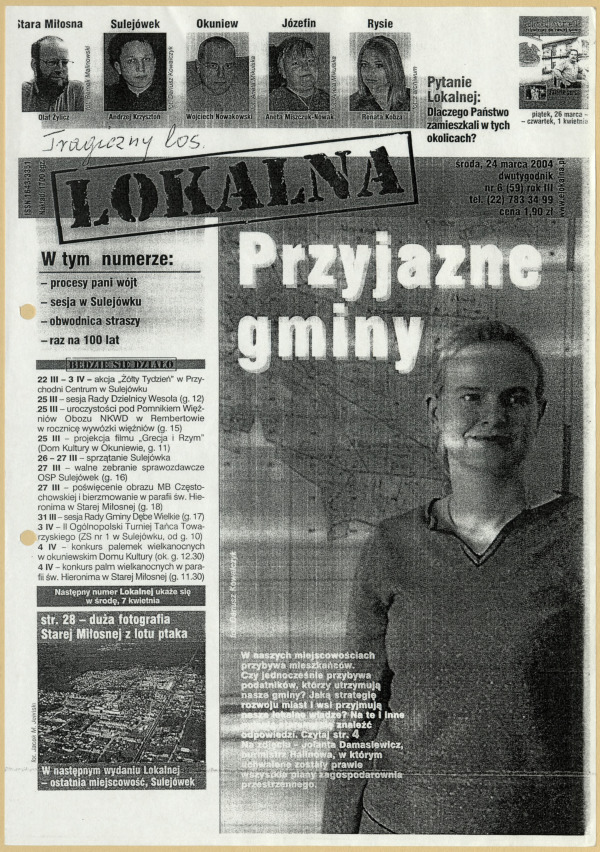 We are still looking for information on the identity of the victims and the location of Jewish graves in Chobot. If you know something more, write to us at the following address: fundacjazapomniane@gmail.com.