Two Jewish women murdered by a German military policeman in 1941 during a fair in Zakliczyn, buried on the Jewish cemetery in Brzesko.

Jewish men, women and children from the ghetto in Zakliczyn murdered in December 1942 and buried at the site of the execution. In 1947 bodies of the victims were exhumed and moved to the Jewish cemetery in Brzesko.

The Jewish Cemetery in Brzesko.

On 13 April 1942 the Gestapo and military police murdered 50 Jews. The victims were buried in two mass graves, 25 people in each of them; their dimensions were 4 x 5 metres.

There were doubts surrounding the circumstances of the death of the Theemann siblings, Anna and Wolf. Out of the large Theeman family (parents and six children) only the mother, Sabina, survived. According to the information gathered by the Foundation, Wolf Theeman was born in Brzesko in 1919 and Andzia (Anna) in 1915. Thus it was impossible they were secondary school pupils in 1942. According to the account given by one of Brzesko citizens, the whole Theeman family (apart from Sabina who was hiding under a false identity) was epelled from Brzesko during one of the genocide operations.

The history of the ghetto in Zakliczyn is connected with the Jewish cemetery in Brzesko. In 1941 during a fair in Zakliczyn a German military policeman murdered two Jewish women. Their bodies were transported to Brzesko and buried at the cemetery. Apart from that, on the Jewish cemetery in Brzesko there is a mass grave of Jewish men, women and children from the ghetto in Zakliczyn who were murdered in December 1942 and buried at the site of the execution. In 1947 bodies of the victims were exhumed and moved to Brzesko.

One of the mass graves has been commemorated by Ms Anna Brzeska, a local activist. On the other grave there is a symbolic wooden matzevah put up as a part of a project whose objective was to mark 30 places of the Holocaust in southern and eastern Poland; it was done in September 2017 in cooperation with the American Matzevah Foundation.

The LIDAR survey indicates a considerable ground depression at the site of the second grave. 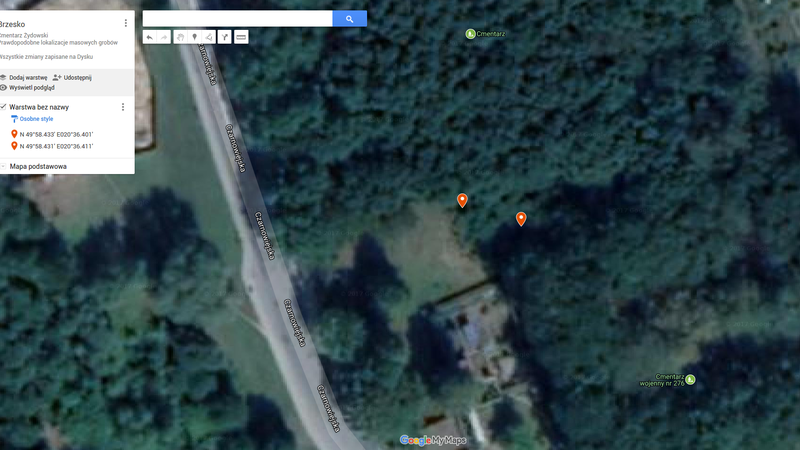 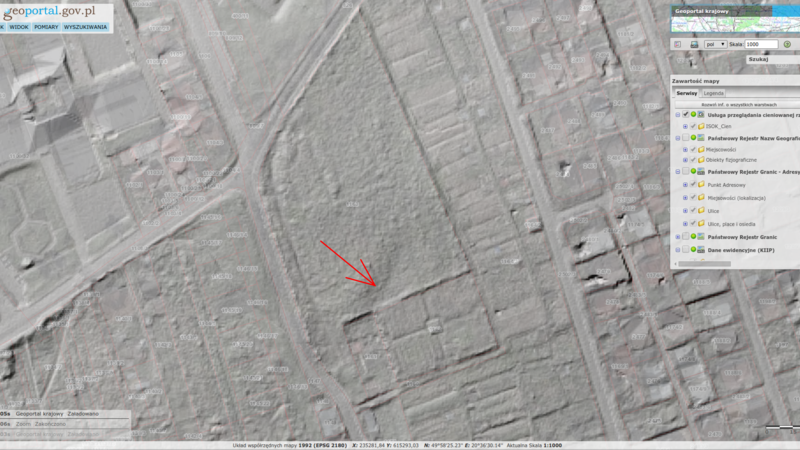 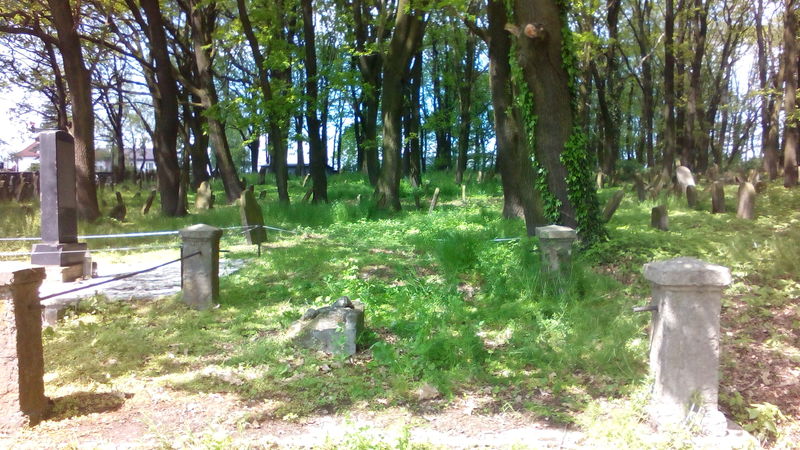 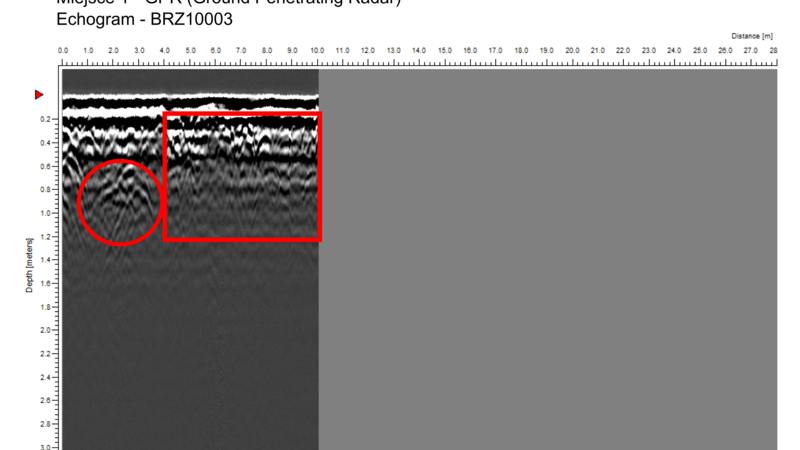 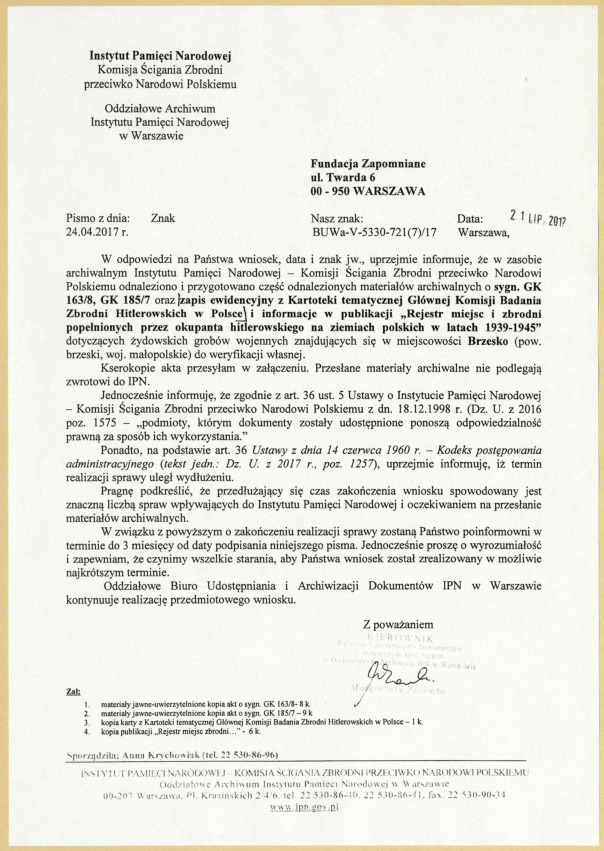 We are still looking for information on the identity of the victims and the location of Jewish graves in Brzesko. If you know something more, write to us at the following address: fundacjazapomniane@gmail.com.

GK 185/7. A list of the places of executions and injured persons in the Krakow province during World War II (lists, correspondence, questionnaires).

Record from the thematic file of the Chief Commission for the Examination of German Crimes in Poland.