In March 1942, a special unit of German officers from Lublin murdered 14 people employed in the manor in Bronice. The bodies were buried in the “Borek” forest, the size of the grave is difficult to establish. (IPN Gk 163/16)

In the summer of 2021, we managed to reach Teresa G., the daughter of the postwar owners of the plot on which the grave was to be located. Teresa confirmed the existence of the grave. She also mentioned the alleged post-war exhumation of the remains buried in it:

“Once there were Jews buried there. My parents said everything grew better in that place. Later, I heard rumors that someone had come one night and dug these Jews up. It’s hard to say if this is true. The ground was disturbed in several places. My parents weren’t sure where the grave was. Once there were trees there. […] There was a field by the forest and there were some trees.” (July 1, 2021)

Sławomir Łowczak, director of the Cultural Center in Markuszów, whose deceased father remembered the place where remains of the victims of this execution were buried, also took part in the conversation with Teresa:

“My dad told me that when the Germans murdered the Jews in the manor house in Bronice, they ordered the village leader and someone else to bury the bodies. The Jews were buried in the place where two oak stumps were cut. That’s what my dad told me.” (Bronice, July 1, 2021)

In March 2020, a site inspection was carried out in the area indicated as the approximate place of the mass grave of a dozen or so victims (GPS: N 51 ° 21.089 ‘E 022 ° 12.791’). The indicated location is a vast glade (arable field). Its ground has probably been disturbed many times in the past. The relief model (LiDAR) is not helpful in this case. In order to precisely indicate the location of the burial site, additional information on the location of the mass grave is required. 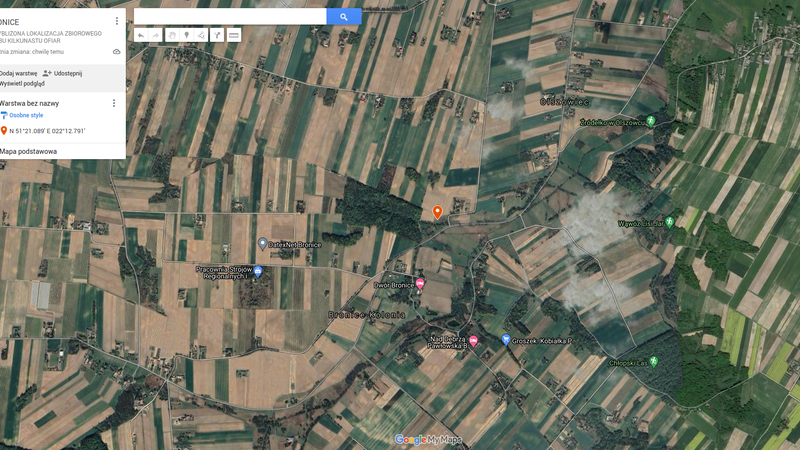 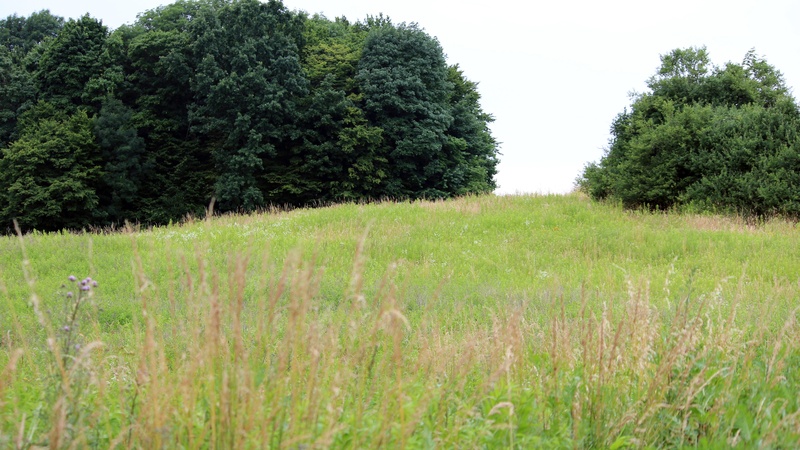 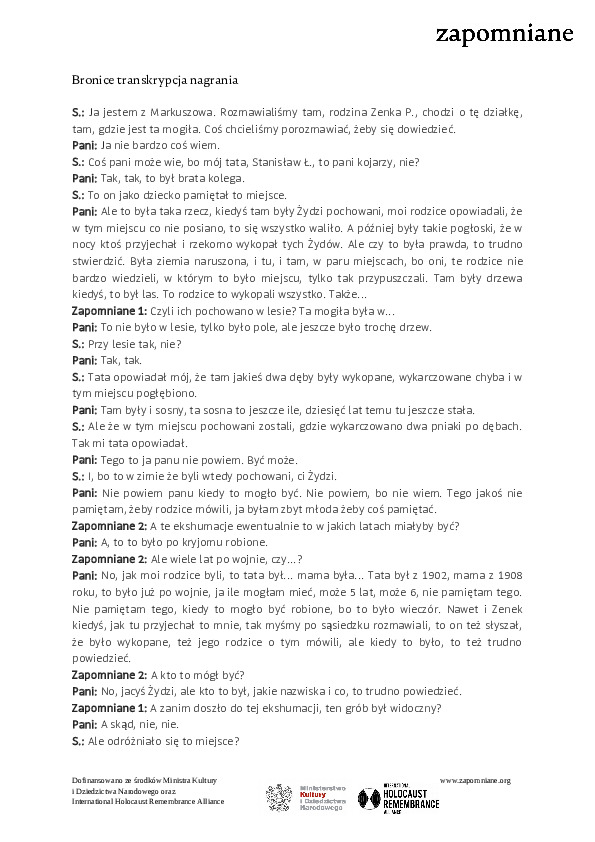 We are still looking for information on the identity of the victims and the location of Jewish graves in Bronice. If you know something more, write to us at the following address: fundacjazapomniane@gmail.com.

The Register of Killing Sites and Crimes committed by the Germans in Poland between 1939 and 1945, lubelskie provinve, ed. The Chief Commission for the Examination of German Crimes in Poland, Warsaw 1985, pp. 13, 30, 46, 47.