50.869683333333 22.3811 NAVIGATE
LIST OF VICTIMS
Jews from Batorze, a man and a woman, were taken out of the village’s tollgate, shot and buried next to a roadside cross where they have been resting till this day. A Jewish veterinarian, Dawid, was also hiding with them but managed to escape in the last minute. He was murdered by the Germans in Kraśnik.

Near the road leading to the village of Blinów Pierwszy.

Józef W., a resident of Blinów, gave shelter to three Jews from Batorze: two men and a woman. On 29 July 2014 we met with Władysław (born in 1929), a son of Józef. The meeting was initiated by Władysław who in February 2014 wrote a letter to the Jewish Historical Institute about Jewish war graves in Blinów and asked for an intervention. During our meeting in Blinów Władysław told us about three executions which took place between 1941 and 1943. The history of two of the murders was directly related to Józef, Władysław ‘s father.

On the 29th of July 2014, a local vision in the second location indicated by the witness was carried out. This place is located on the entrance road to Blinow first. It is not possible to determine the location of the grave in this case.

The LIDAR survey due to small exploration facilities and numerous ground disturbances is not helpful. 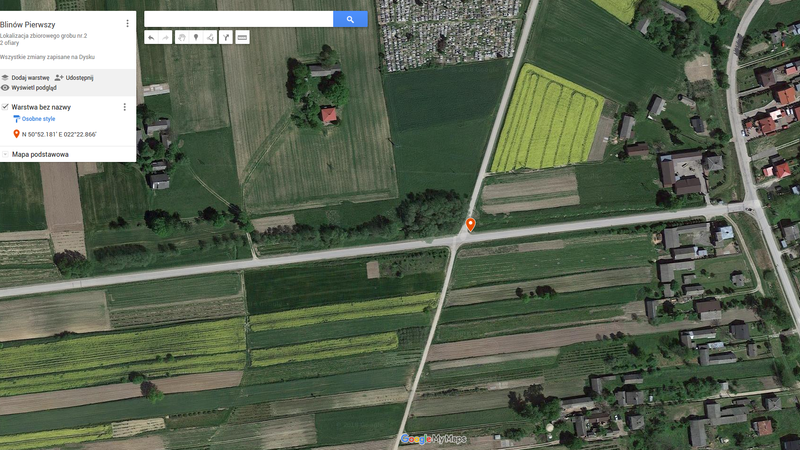 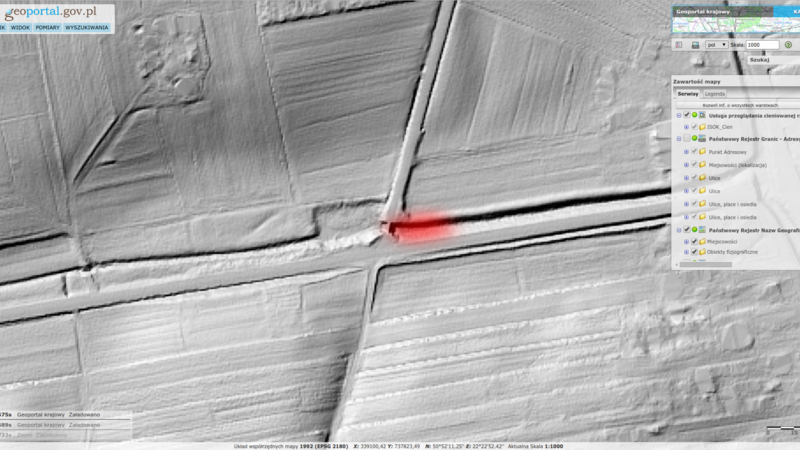 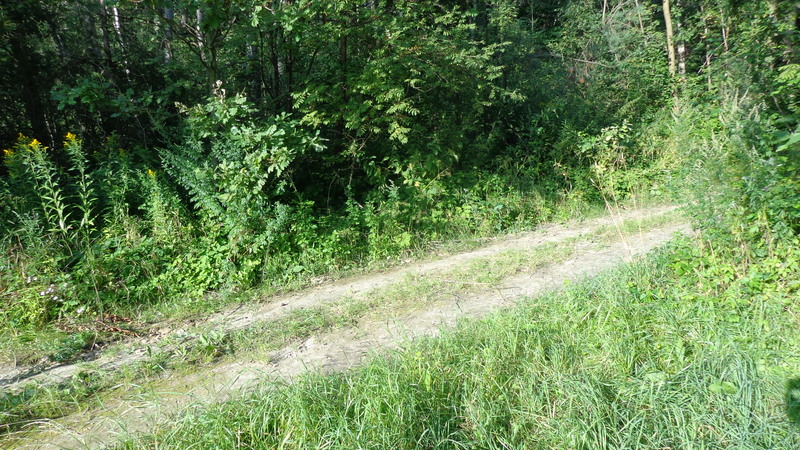